For the better part of the past century, elected officials have sought ways to improve the performance of public sector operations, such as fire departments, libraries, health clinics, job training programs, elementary schools, and traffic safety. Interest in performance management has only grown over time, to the point today that it is nearly impossible to talk about government finance without also talking about performance. The idea of attempting to measure outcomes and paying for those results is compelling because of its simple logic. Proponents believe setting clear performance goals and tying funding to them will create incentives for public organizations to operate more efficiently and effectively, ultimately resulting in better delivery of public services. Fire departments, they reason, should not be funded according to the number of engines they own, but according to the number of fires they put out. Hospitals should be funded not by the number of patients admitted, but by the health outcomes of their patients. Schools should not be funded by the number of teachers they employ, but by each teacher's contribution to student learning.In recent years, advocates seeking to increase the number of college graduates in the United States have promoted the idea that states should finance their public universities using a performance-based model. Supporters of the concept believe that the $75 billion states invest in public higher education each year will not be spent efficiently or effectively if it is based on enrollment or other input measures, because colleges have little financial incentive to organize their operations around supporting students to graduation. When states shift to performance-based funding, it is hoped, colleges will adopt innovative practices that improve student persistence in college. The appeal of performance-based funding is "intuitive," its proponents argue, "based on the logical belief that tying some funding dollars to results will provide an incentive to pursue those results."However, while pay-for-performance is a compelling concept in theory, it has consistently failed to bear fruit in actual implementation, whether in the higher education context or in other public services. 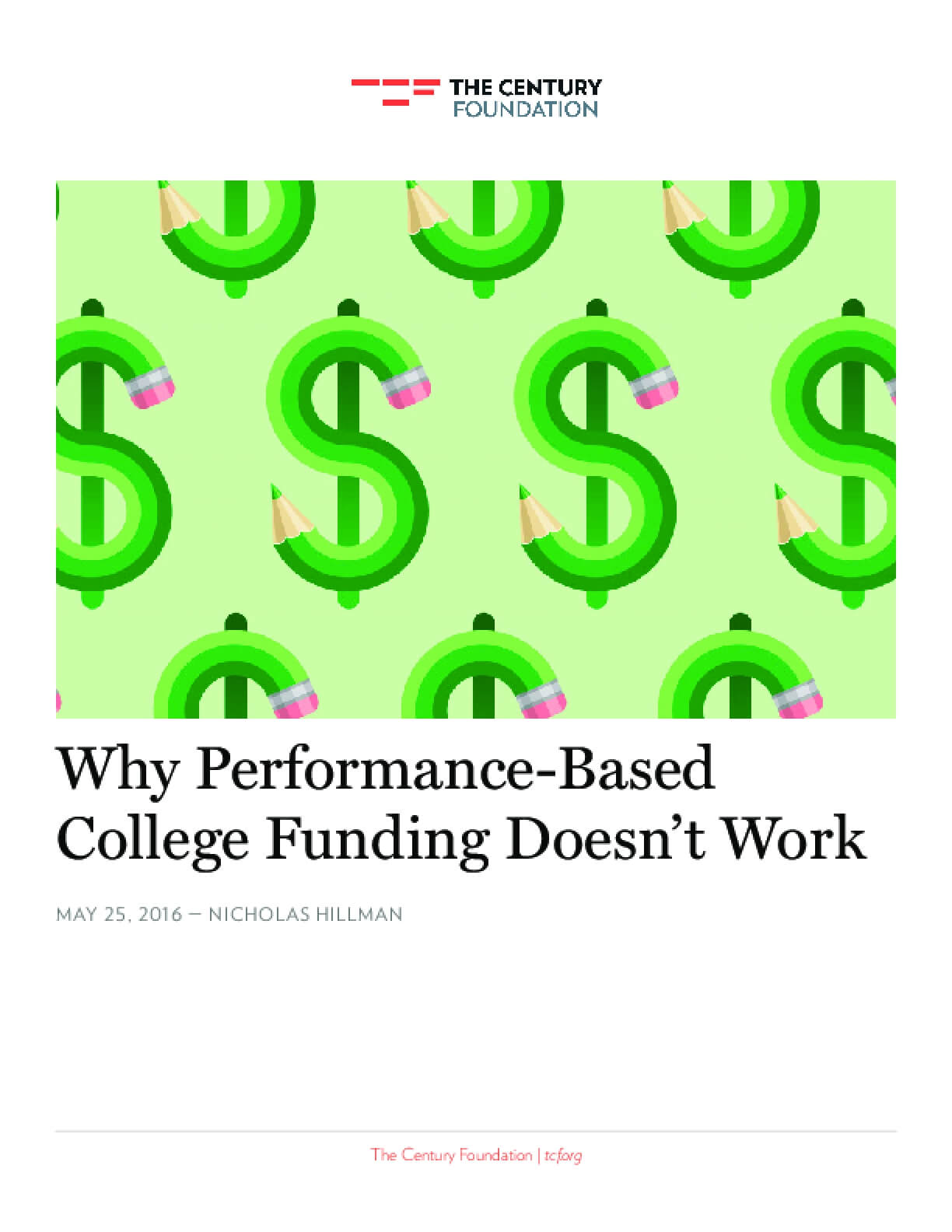