When We Raise Our Voice: The Challenge of Eradicating Labor Exploitation, An Evaluation of a Community Empowerment Intervention in Uttar Pradesh, India

Manav Sansadhan Evam Mahila Vikas Sansthan (MSEMVS) is a non-governmental organization (NGO) that has worked for decades with communities in the Indian State of Uttar Pradesh (UP) to eradicate forced and bonded labor. This report is an independent, evidence-based assessment of MSEMVS's work, produced by the FXB Center, Harvard's only university-wide human rights center, with funding from the Freedom Fund, a philanthropic initiative designed to bring financial resources and strategic focus to the fight against modern slavery. The research project had two primary aims: 1) To determine whether forced and bonded labor had been eradicated in villages where targeted interventions by MSEMVS took place; and 2) To measure the effect that the intervention had on a wide range of social and economic factors relevant to households within those villages. 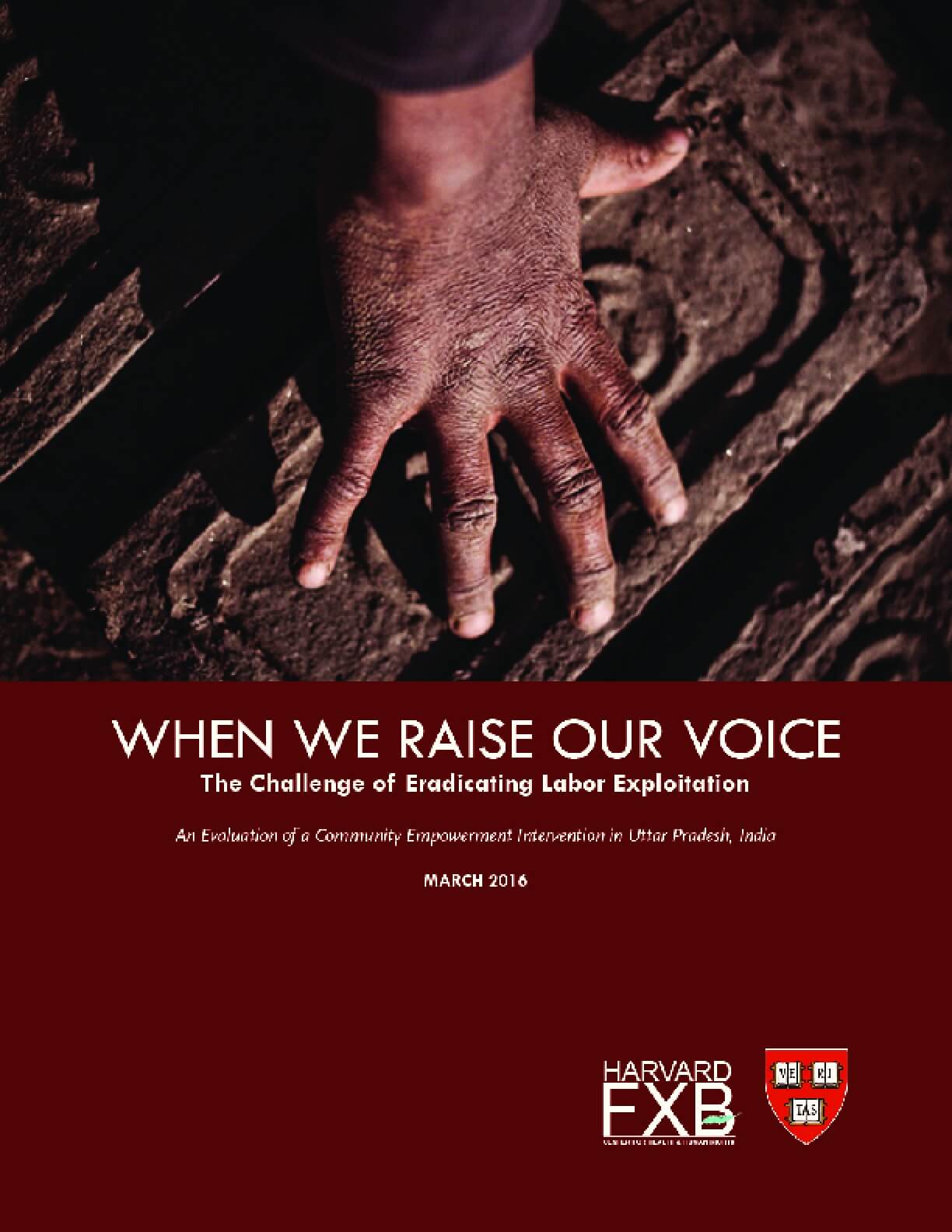