When Men Murder Women: An Analysis of 2014 Homicide Data

Intimate partner violence against women is all too common and takes many forms. The most serious is homicide by an intimate partner. Guns can easily turn domestic violence into domestic homicide. One federal study on homicide among intimate partners found that female intimate partners are more likely to be murdered with a firearm than all other means combined, concluding that "the figures demonstrate the importance of reducing access to firearms in households affected by IPV [intimate partner violence]." Guns are also often used in non-fatal domestic violence. A study by Harvard School of Public Health researchers analyzed gun use at home and concluded that "hostile gun displays against family members may be more common than gun use in self-defense, and that hostile gun displays are often acts of domestic violence directed against women." The U.S. Department of Justice has found that women are far more likely to be the victims of violent crimes committed by intimate partners than men, especially when a weapon is involved. Moreover, women are much more likely to be victimized at home than in any other place. A woman must consider the risks of having a gun in her home, whether she is in a domestic violence situation or not. While two-thirds of women who own guns acquired them "primarily for protection against crime," the results of a California analysis show that "purchasing a handgun provides no protection against homicide among women and is associated with an increase in their risk for intimate partner homicide." A 2003 study about the risks of firearms in the home found that females living with a gun in the home were nearly three times more likely to be murdered than females with no gun in the home. Finally, another study reports, women who were murdered were more likely, not less likely, to have purchased a handgun in the three years prior to their deaths, again invalidating the idea that a handgun has a protective effect against homicide. While this study does not focus solely on domestic violence homicide or guns, it provides a stark reminder that domestic violence and guns make a deadly combination. According to reports submitted to the Federal Bureau of Investigation (FBI), firearms are rarely used to kill criminals or stop crimes. Instead, they are all too often used to inflict harm on the very people they were intended to protect. 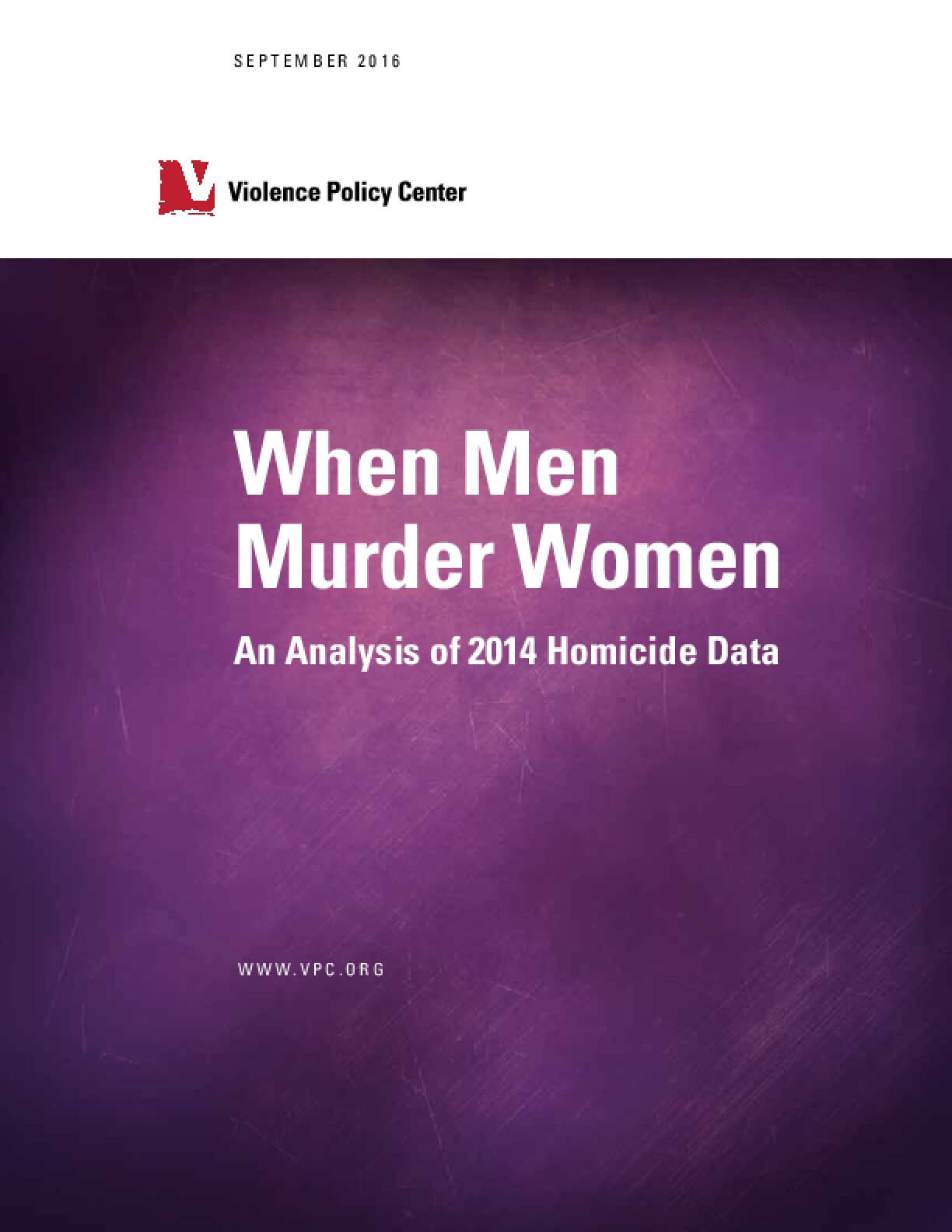