What Are We Doing to Middle School English Learners? Findings and Recommendations for Change from a Study of California EL Programs

What Are We Doing to Middle School English Learners: Research ReportEXECUTIVE SUMMARYMiddle school students who are English Learners (ELs) quickly run out of time to develop the academic uses of English and the critical skills that will enable them to succeed in the 21st century. What are schools doing during these crucial years to promote ELs' accelerated access to academic language and grade-level, standards-based instruction? How will these students catch up and be able to compete in high school, in college, and on the job market? This study concludes that middle school programs for English Learners in California are failing students and limiting their futures in profound ways. Conducted by researchers in the Quality Teaching for English Learners program at WestEd, the study was funded by the William and Flora Hewlett Foundation. Interviews with 13 school districts with the highest concentration of English Learners in the state and 64 middle schools in those districts found incoherent EL programs across districts and from school to school within districts. The use of below-grade-level materials was found to be widespread in English Learner programs, remediation rather than acceleration was common, and some schools purposely decelerated students' progress through already below-grade-level materials. On California's five-level assessment of English Learners, the California English Language Development Test (CELDT), most students (56 percent) do not progress a single level in a year's time and some even regress (California Department of Education, 2008). School districts in the study identified inadequate teacher preparation for working with English Learners as the primary challenge to these students' academic success. Yet most districts did not provide professional development that would even begin to address teachers' needs. The study also found that schools did not have mechanisms for addressing challenges that they identified. Schools identified teachers of ELs' and EL students' lack of motivation as primary challenges, yet, only six schools reported a focus on student engagement as a support they offered; none reported having a focus on teacher engagement and motivation. Similarly, lack of parental involvement was identified as a major challenge by school interviewees, but only two schools reported having a focus on involving parents. Case studies were developed from classroom observations and interviews in five middle schools that were selected by triangulation of student data (substantially higher than average EL performance on standardized measures), survey responses, and district nominations. These case studies contextualize the study findings— the major challenges schools still face and the promising practices that were found. Practices in one school especially were notable, a small, autonomous district school organized with a focus on targeted grade-level support for students, concerted outreach to parents, and ongoing collegial professional development for teachers. 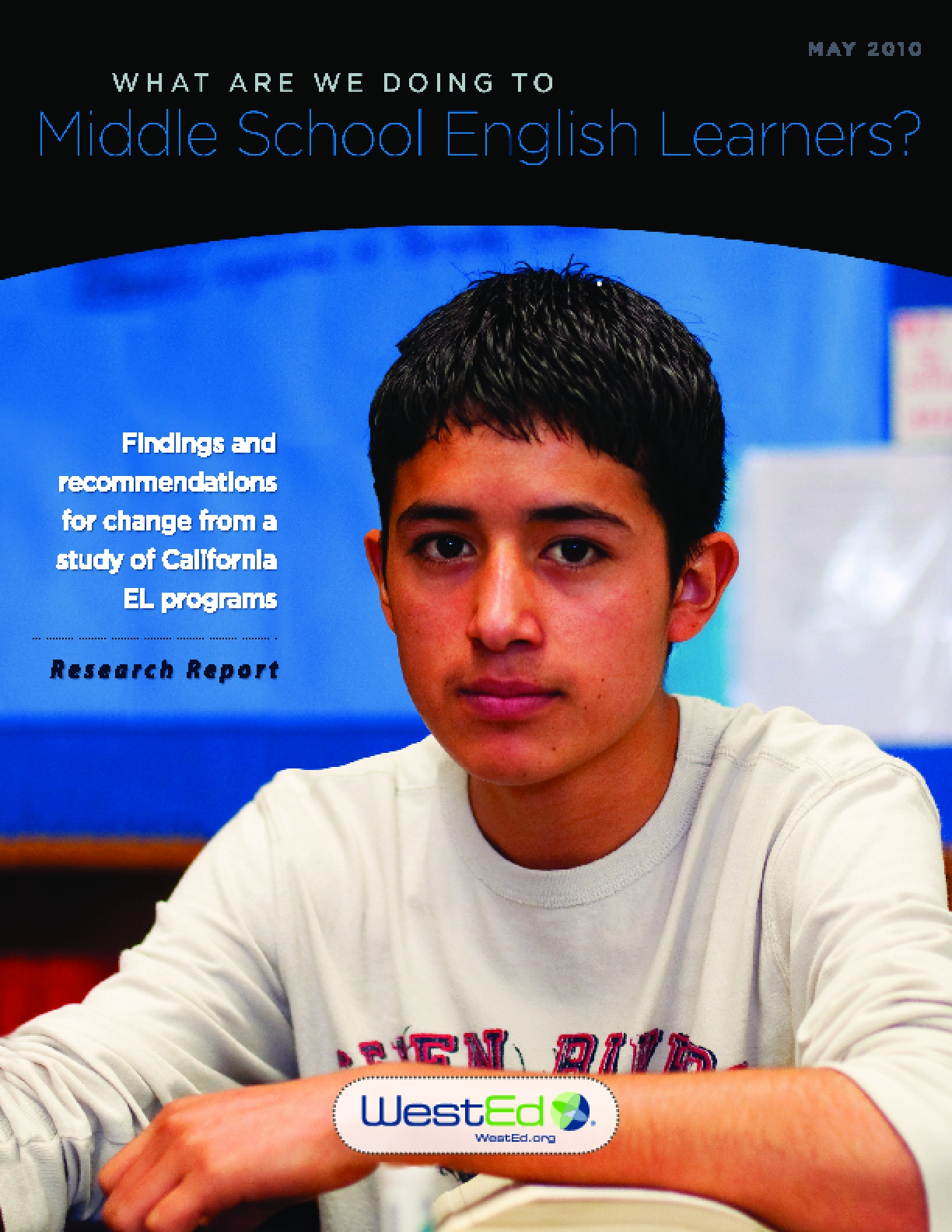