Well-being for Students With Minoritized Identities

Over the past decade, mental health and well-being have increasingly become major priorities on college campuses as concerns related to student mental health have escalated. In a 2019 survey of college and university presidents, 81 percent of respondents stated that student mental health on campus had become more of a priority compared with three years prior (Chessman and Taylor 2019). This paper uses data from Wake Forest University's spring 2019 Wellbeing Assessment to unpack the differences in the subjective well-being of students with minoritized identities. We found that undergraduate students with minoritized racial and ethnic, gender, and sexual orientation identities have substantially lower subjective well-being levels than their peers with privileged identities. As students reported holding more minoritized identities, their subjective well-being levels decreased. 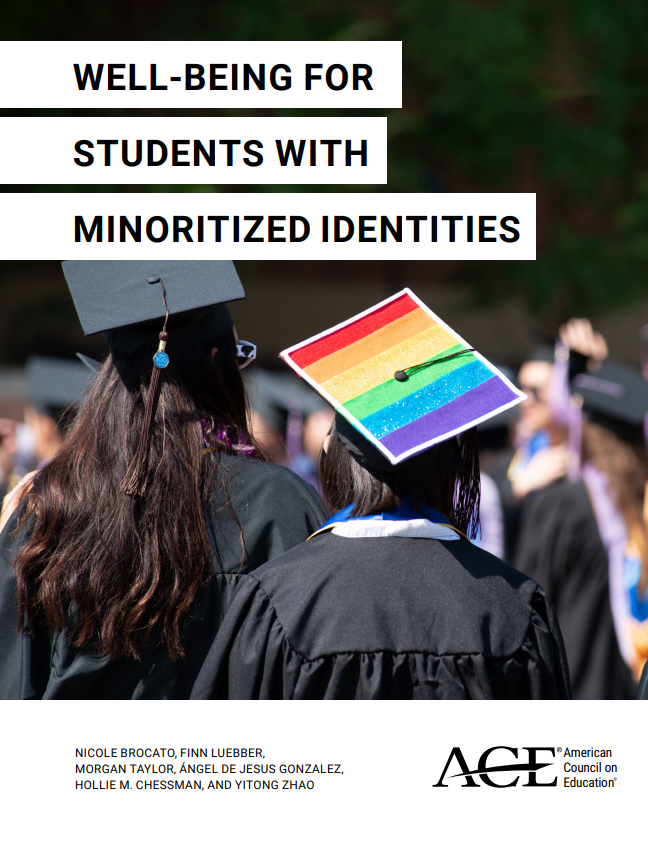