US Economic Competitiveness At Risk: A Midwest Call to Action on Immigration Reform

For too long the Midwest has waited for Washington to produce meaningful reform of the nation's immigration laws. Bills have come and gone through the years, but often end in political gridlock. The Midwestern economy needs high-skilled, educated workers with long-term visas to create the companies and innovations that will power it in the future. Midwestern businesses need low-skilled immigrants with visas to sustain their industries. Midwestern schools insist that their students get the legal status that will lead to higher education and jobs. Midwestern farms seek a legal way to hire the seasonal help they need. Throughout the Midwest, cities and towns cope imaginatively with the social and economic challenges of immigration. Yet there is only so much the region can do until the federal government acts.

That time has come. As economic recovery proceeds and political alignments shift, our region's leaders are thinking strategically about long-term economic competitiveness and the role played by immigrants at all levels. Midwest leaders want to ensure sustainable growth, jobs, population stability, and quality of life. Immigrants are an essential ingredient for this future. America's heartland can wait no longer.

A diverse and bipartisan group of civic and business leaders, aware of the urgency of immigration reform and frustrated with delays, began convening in December 2011 to produce this report. Their priority was to state what the region needs from immigration reform to ensure its economic competitiveness. If 53 Republican and Democratic leaders -- drawn from companies, law enforcement, schools, hospitals, nonprofits, foundations, advocacy groups, and communities of faith -- from the 12-state Midwest can support these recommendations, then surely our representatives in Washington can act on them. 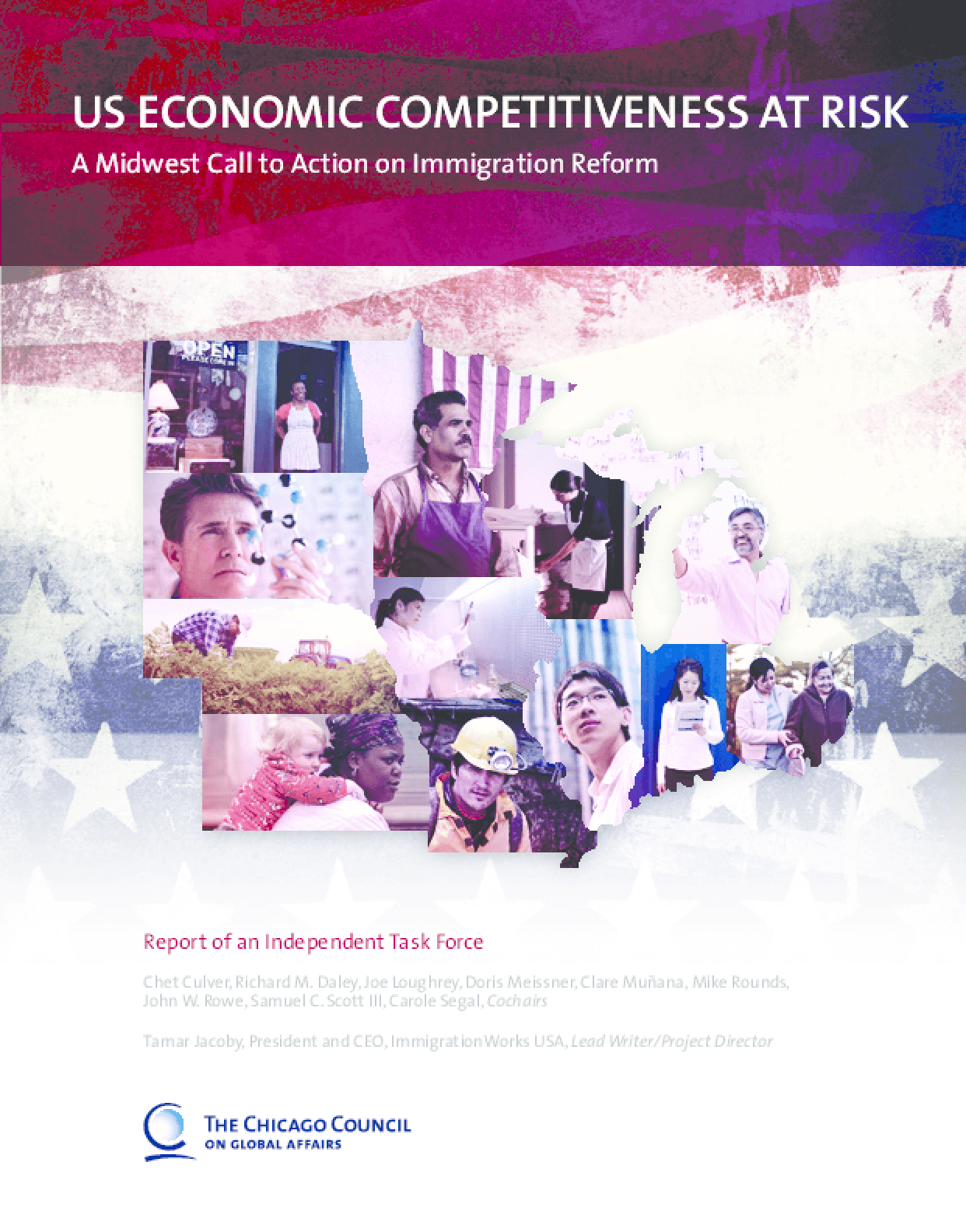