Twenty Years of Working Towards a Sustainable Southeast Asia: 1993 -- 2013

The Southeast Asia program first set about testing hypotheses applicable to each of the three ecosystem zones. On the forest margins, the hypothesis was that complex agroforests provided a superior alternative for small-scale farmers to either food-crop systems or monocultural plantations of perennials. As an alternative to slash and burn, complex agroforests increased production sustainability, increased biodiversity, reduced production risks and increased returns to labour compared to continuous food crops or monocultural plantations. The second hypothesis stated that rehabilitating Imperata grasslands with small-scale agroforestry systems would be superior to plantation reforestation in terms of production, equitability and participation. For hilly farmlands, the team hypothesised that there were several pathways to sustainable farming. Among these, contour hedgerow systems initiated through natural vegetative strips provided distinct advantages as a superior, least-cost foundation upon which to build agroforestry-based, conservation farming. 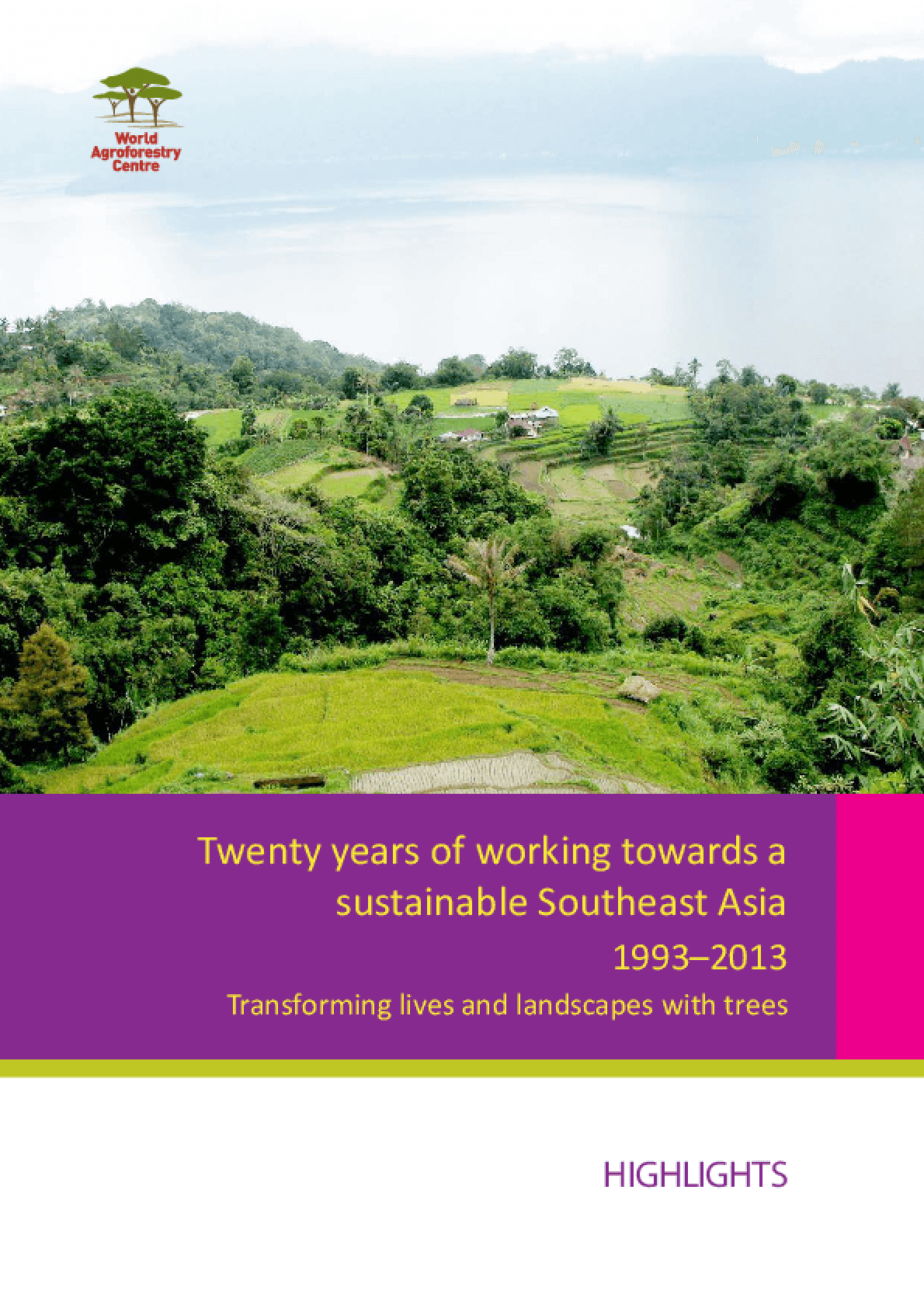