This fact sheet is part of Public Citizen's "NAFTA at Ten Series" and documents the results of the failed NAFTA model. Before NAFTA, trade agreements dealt with traditional matters such as cutting tariffs and lifting quotas that had set the terms of trade in goods between countries. NAFTA shattered the boundaries of trade agreements; its central focus and most powerful rules concerned investment, and it contained 900 pages of one-size-fits-all "non-trade" rules with significant implications for food safety, drug patents and access to medicines, not to mention jobs, wages and economic security. It also constrained the ability of local government to zone against sprawl or toxic industries. NAFTA was a radical experiment -- never before had a merger of three nations with such different levels of development been attempted. When NAFTA was being debated, proponents and opponents alike predicted its consequences. Now the data are in. What are NAFTA's lessons in Canada, the United States and Mexico? The Free Trade Area of the Americas (FTAA) and Central American Free Trade Agreement (CAFTA) are both proposals to expand NAFTA, but NAFTA's record is playing a significant role in both the hesitance of some FTAA target countries to adopt the NAFTA model and the concerns of U.S. lawmakers to approve CAFTA. 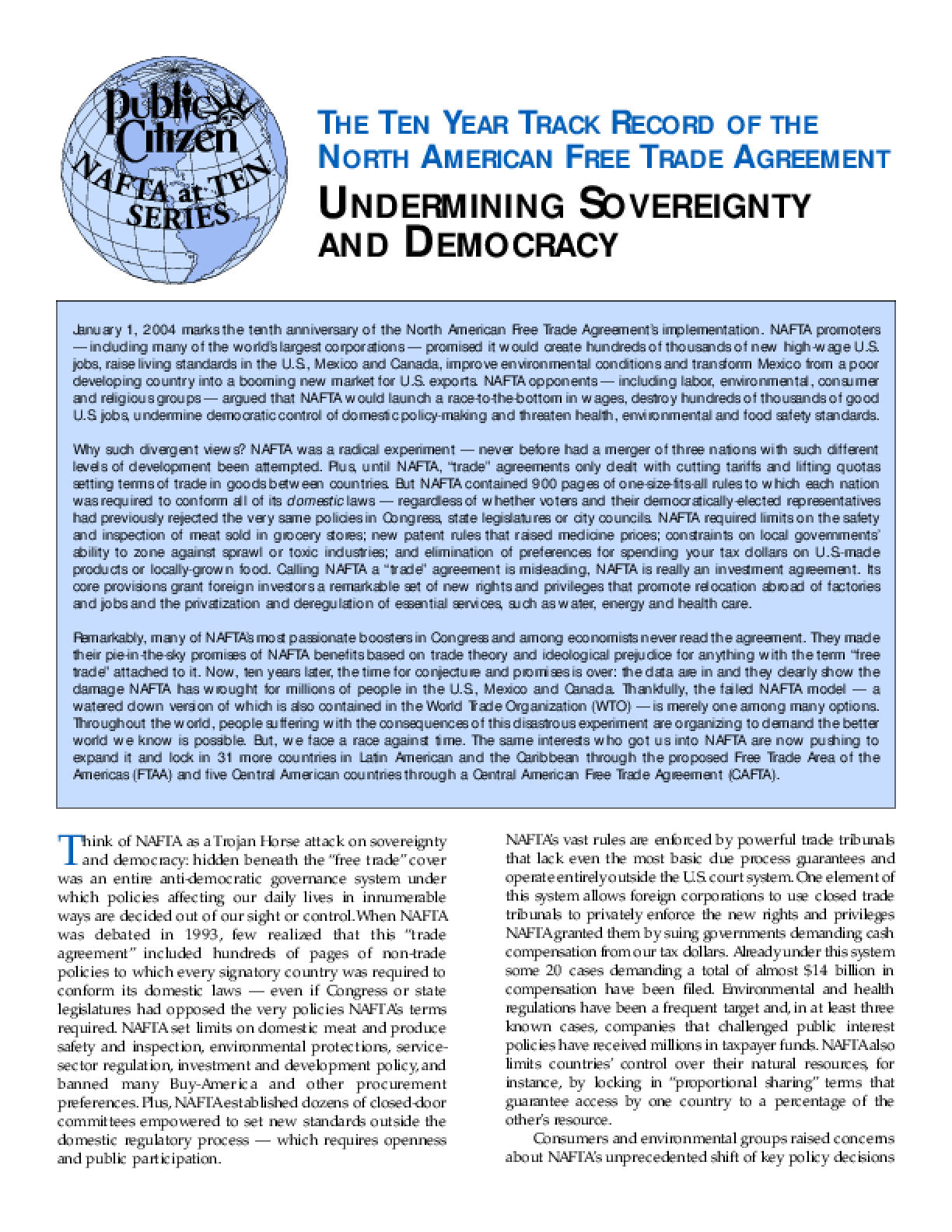