The Parable of the Professor and the Foundation: Lessons in Philanthropic Accountability, Risk, and Impact

The paper uses a case study of a loan guarantee fund of $800,000 provided by the Ford Foundation to the Grameen Bank in 1981 as a framework for offering reflections on current debates within US philanthropy on accountability, support for innovation, risk taking and impact. Ford's loan guarantee fund leveraged commercial bank lending to Grameen Bank. The subsequent high rates of loan repayment by loan recipients convinced commercial bankers of the viability of Muhammad Yunus' model of lending to poor entrepreneurs unable to provide traditional loan collateral. The paper develops the concept of "accountability regimes," and argues that foundations engaged in international poverty reduction are better able, institutionally, to bear risk in support of innovation than multilateral and bilateral aid organizations such as the World Bank and USAID. That said, recent interviews of a small sample of executives whose foundations fund poverty work abroad suggest ambivalent attitudes toward funding innovative and risky projects. This is attributed, in part, to high expectations on the part of foundation boards and top executives that foundation-funded programs show positive, early and measurable impact. The great diversity of the US philanthropic community, and the commitment of many foundations to important charitable activities that are not necessarily inviting of innovation, further explains a more modest investment by US philanthropy in the kind of innovative work that they are uniquely sanctioned to support. Encouraging foundations to be more open to supporting innovative initiatives, the paper next offers three operational principles, drawn mainly from the Grameen case study, which foundations might observe in their poverty reduction initiatives. These are: the strongest ideas are likely to come from individuals and organizations outside of foundations working close to the problems; long-term impact assessments should focus on achievement of administrative and policy reforms in institutions that matter in the lives of poor people and; active and early engagement with governments, the private sector and publicly-funded donors will increase the chances that new ideas, once successfully tested, will bring about systemic change. This publication is Hauser Center Working Paper No. 44. The Hauser Center Working Paper Series was launched during the summer of 2000. The Series enables the Hauser Center to share with a broad audience important works-in-progress written by Hauser Center scholars and researchers. 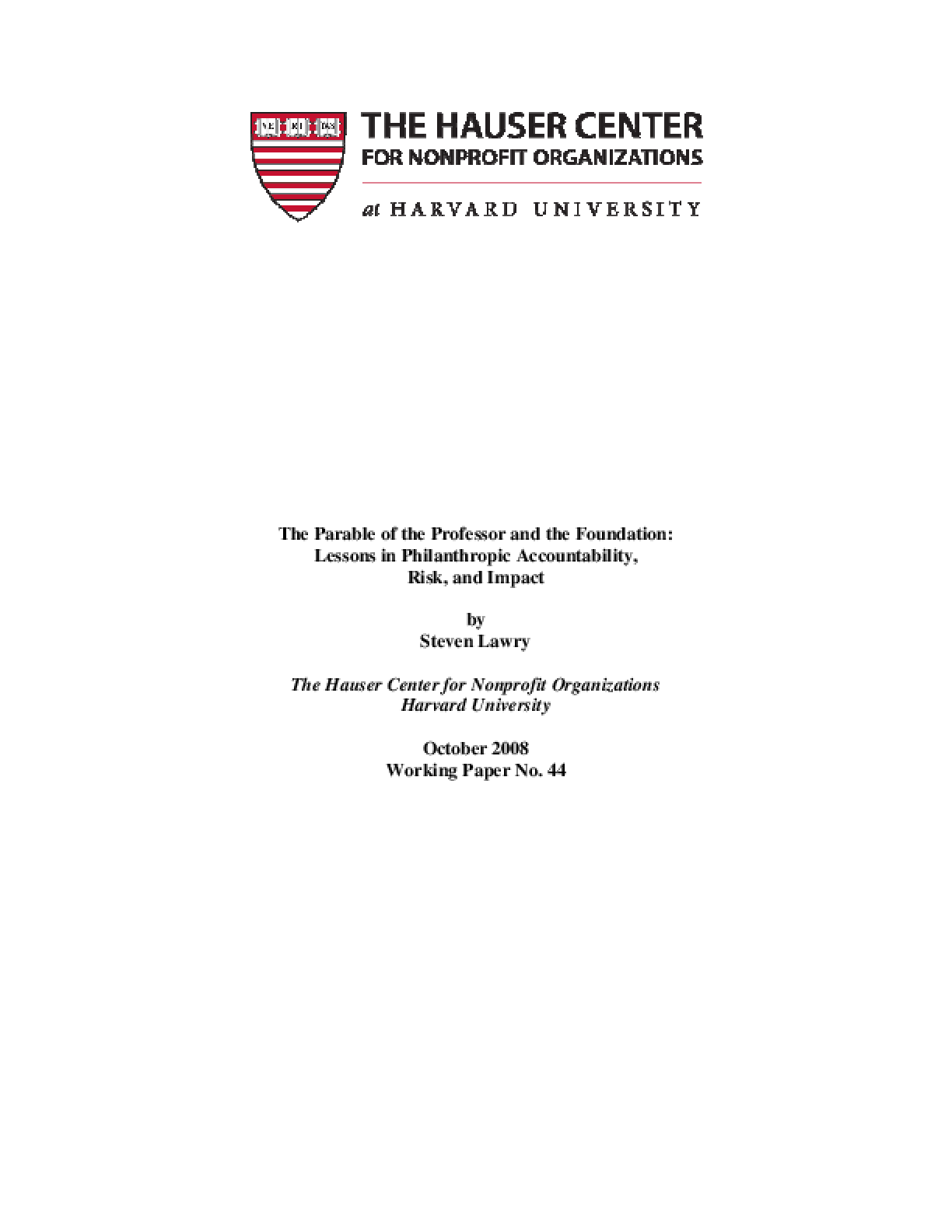