The Obama Approach to Public Protection: The Regulatory Process

When Barack Obama took the oath of office in January 2009, the country faced problems unlike any the country had faced in generations. Each year, food-borne illnesses sickened millions, workplace hazards killed and injured thousands on the job, and air pollution triggered asthma attacks in millions of children and adults. Long procedural delays and political interference in the regulatory process caused deficits in safety and health standards, exacerbating these problems.

President Obama seemed to understand the magnitude of the problems and the need to reestablish a badly needed role for government to provide public protections for the economy, workers, consumers, and the environment.

This report is the third of three OMB Watch reports evaluating the Obama administration's record on regulatory issues. This report focuses on the regulatory process, including transparency and participation, regulatory analysis, scientific integrity, and the role of the White House, especially the Office of Information and Regulatory Affairs (OIRA) within the Office of Management and Budget (OMB), in shaping the administration's record. The first report addressed health, safety, and environmental rulemaking at federal agencies. The second report focused on federal agency enforcement.

This report is divided into five chapters. Following the introduction is a brief history and summary of the existing regulatory process. The third section of the report addresses the role of the Obama White House in the regulatory process. Federal agencies' regulatory actions during the first 20 months of the administration are described in the fourth section, including both rulemaking activity and enforcement activity. Finally, there is a brief conclusion. 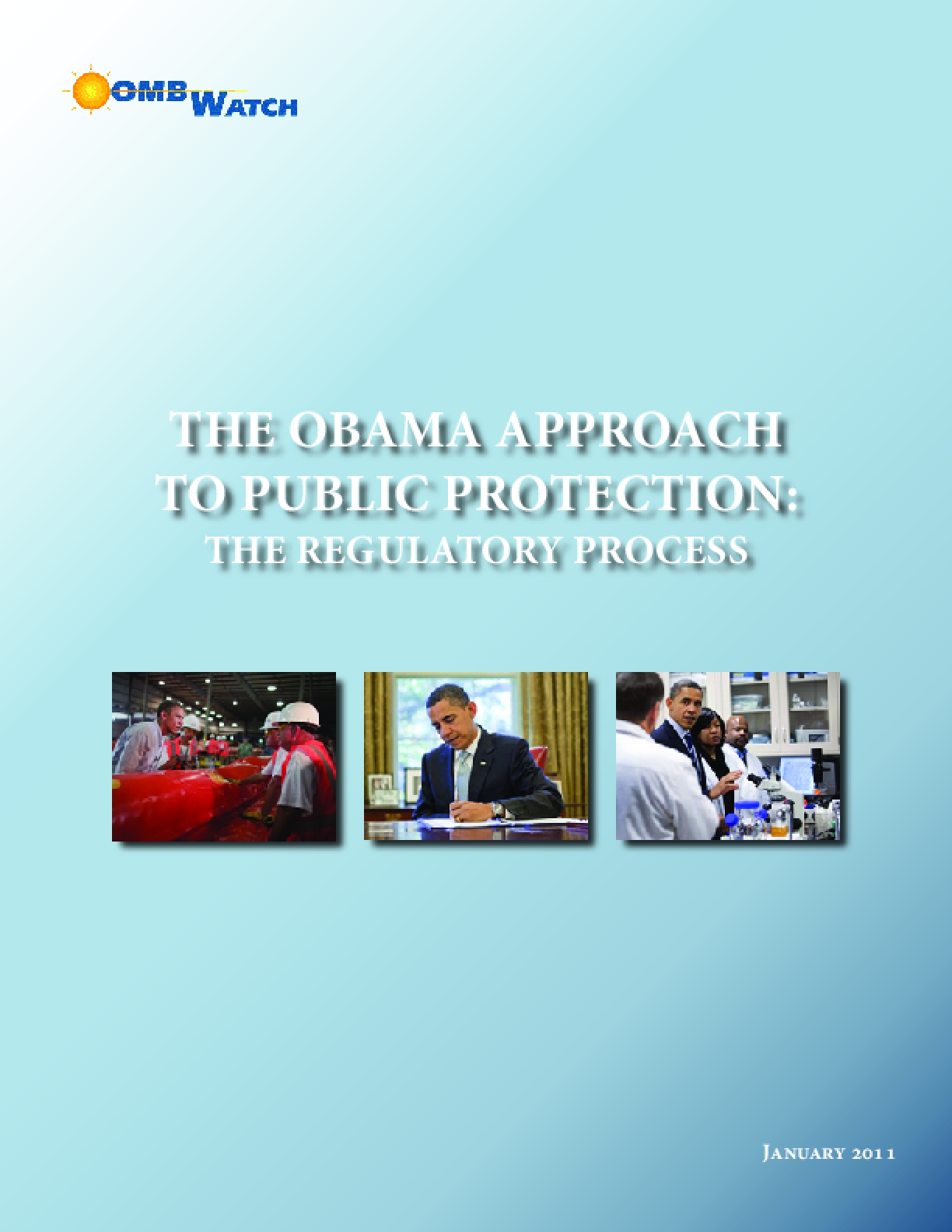