African Americans are more likely to be victimized by crime and also to be under criminal justice supervision. This paper explores the current status of African-American males within the criminal justice system, assesses the factors that have created high levels of criminal justice control, and provides policy recommendations. 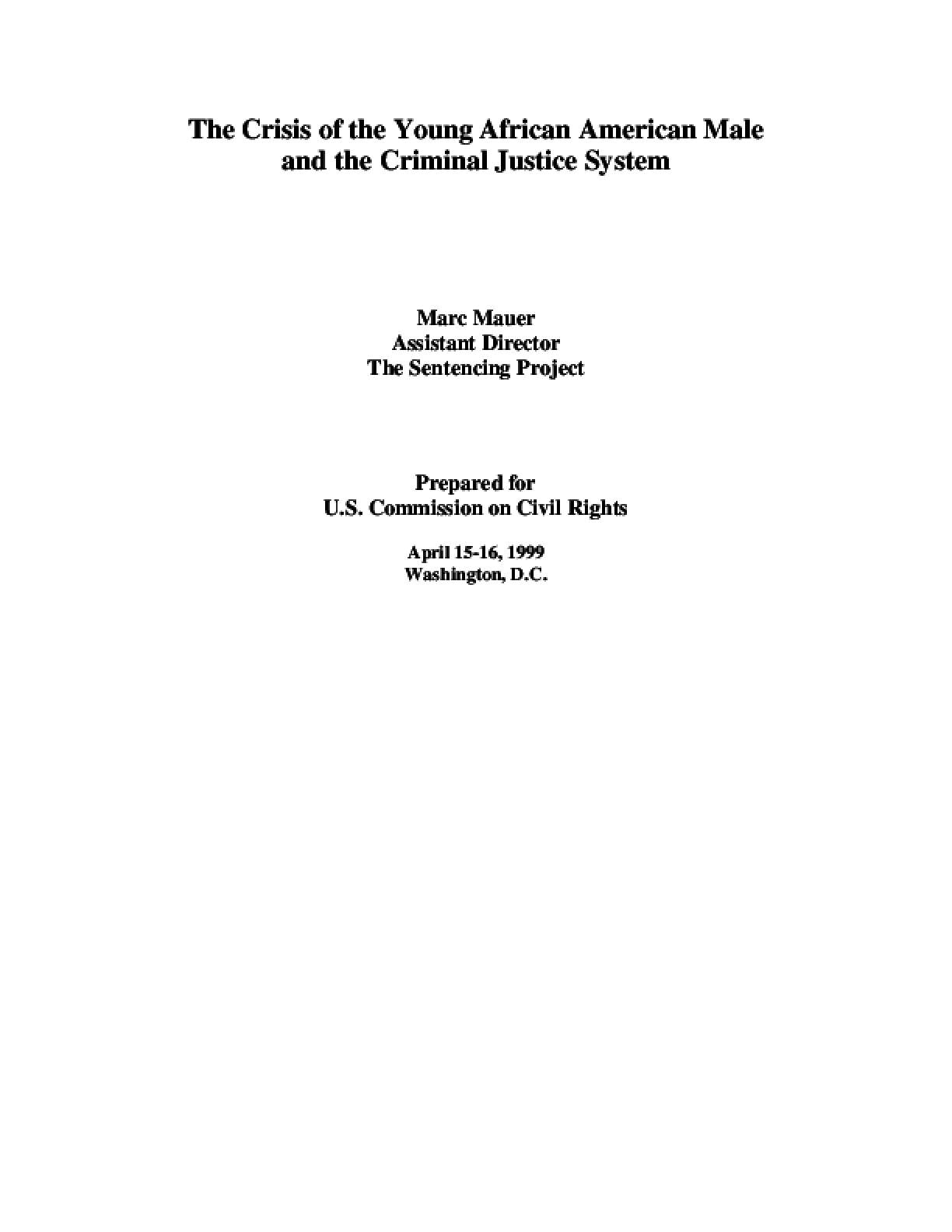