The Continuing Leverage of Releasing Authorities: Findings from a National Survey, Executive Summary

A national online survey of releasing authorities was disseminated in March 2015 to each state, and the U.S. Parole Commission. The survey was endorsed by the Association of Paroling Authorities International (APAI). The period for returning responses was extended on several occasions, eventually closing at yearend 2015. The response rate for the survey tallied 45 states out of 50 (90%). The U.S. Parole Commission responded, as well. Nonetheless, the response rate often falls for individual questions, ranging from slightly over 40 to roughly 30 respondents for a given question. The number of respondents is noted frequently in the report.

This Executive Summary offers highlights drawn from the larger survey report published in 2016, titled The Continuing Leverage of Releasing Authorities: Findings from a National Survey. The summary below includes salient findings from the national survey report and focuses on the jurisdiction and reach of releasing authorities, the sentencing structures in which they are found, their organizational features, their nexus to post-release supervision, and release and revocation practices. It also encapsulates the views of releasing authority chairs on the challenges they face. The intent of the Executive Summary is to provide a brief snapshot within and across these key areas of interest. 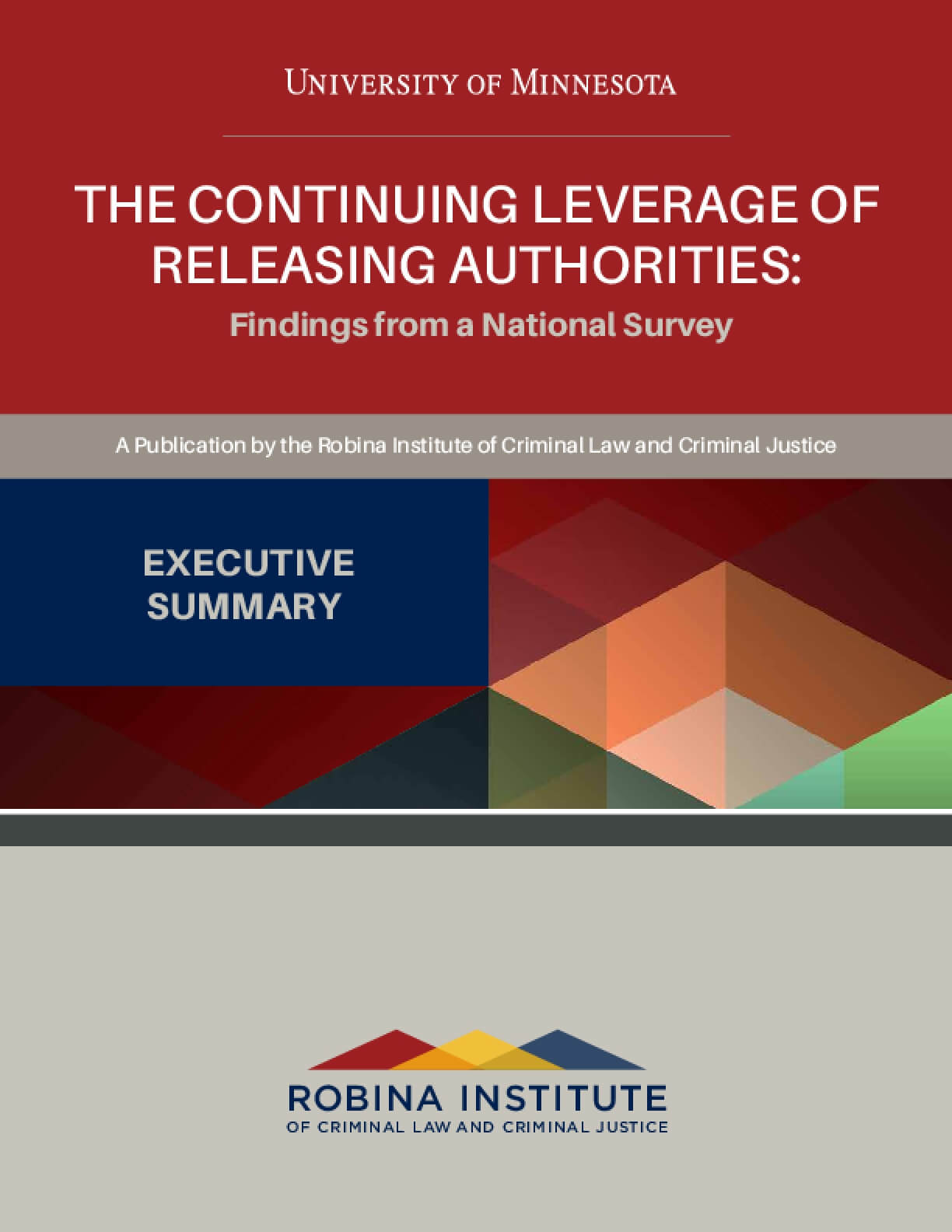