The Consideration of Victims in Parole Release Decision Making

The Robina Institute of Criminal Law and Criminal Justice is pleased to announce a new data brief from the Parole Release and Revocation Project. Findings reported in this data brief, Consideration of Victims in Parole Release Decision Making, are derived from research and findings previously published in The Continuing Leverage of Releasing Authorities: Findings from a National Survey.

To help inform the release decision, input is often considered from a broad range of individuals and decision makers. All 50 states and the U.S. Parole Commission have laws that allow for victim impact statements either at sentencing, parole hearings, or both. Victims participate in the parole release process in various ways, from speaking at the hearings to writing letters. Although many factors contribute to the parole release decision-making process, the victim's input is almost always considered. 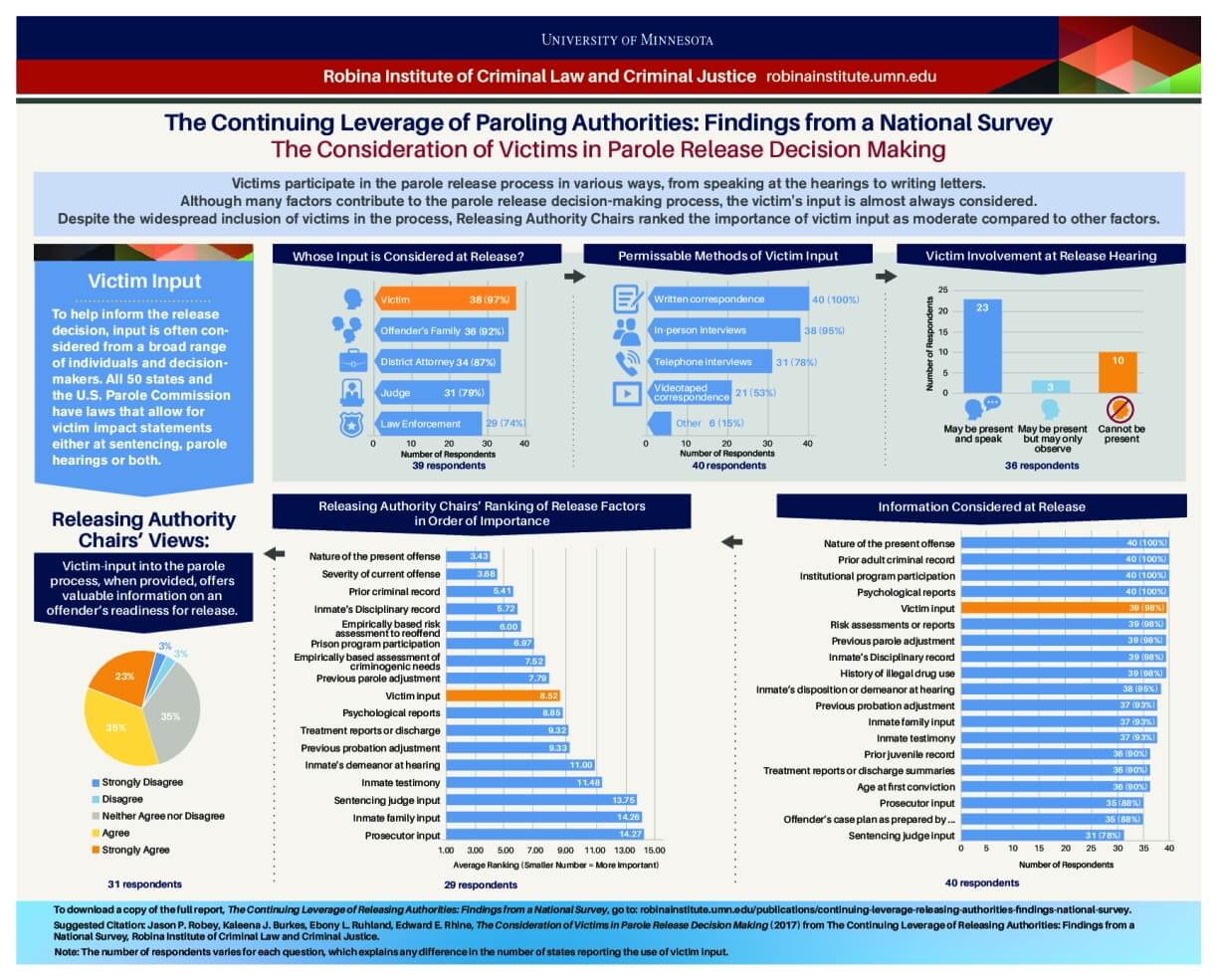