In January, the state Legislature quietly passed a multimillion-dollar tax subsidy for five Manhattan luxury towers, including One57 at 157 West 57th St. Governor Andrew Cuomo signed the big tax break as part of a larger housing bill on Jan. 30. The tax breaks for One57 and the four other towers are part of the 421-a program, a city program originally intended to spur development and later revised to encourage affordable housing construction as well. Affordable housing advocates agree that the program has long outlived its usefulness and effectiveness, and now essentially subsidizes luxury housing. Albany lawmakers approved the giveaway nevertheless, because a handful of developers wanted it, and expected it, after contributing heavily to the campaign chests of state legislators, party committees and the governor himself. Cuomo was the biggest recipient of campaign cash from the developers who benefited most directly. Assembly Democrats and Senate Republicans also raked in substantial contributions: $136,400 for the Assembly campaign committees and $98,000 for the Republican Senate Campaign Committee. 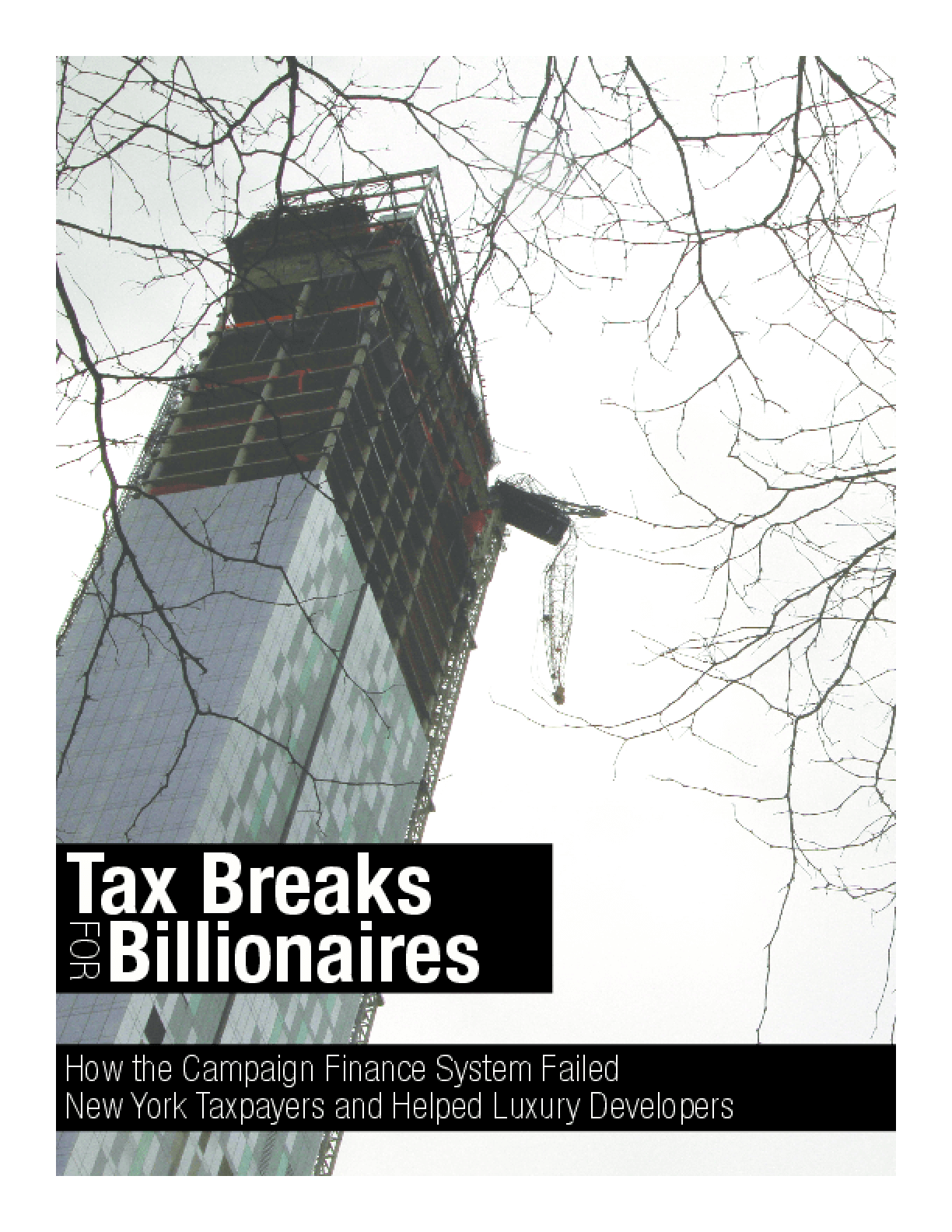