Sustainable Funding for the Arts: Earmarked Taxes and Options for Metropolitan Atlanta

On June 13, 2002 the first meeting was held of the Regional Arts Task Force, assembled by the Metro Atlanta Chamber of Commerce. Meetings of the Task Force through 2002 were open to the public, and a number of special "listening sessions" were held in various locations in the Metro area. The mission of the Task Force is: "To make the Atlanta region a premier center for the arts, and for it to be recognized as such." The Task Force members unanimously selected an Arts and Culture Vision Statement: "Arts and Culture will be recognized as defining elements of the quality of life in the Atlanta region."

From its very first meeting the Task Force gave a grade of "C" to Atlanta as an arts center, and claimed that Atlanta is not achieving its full potential. Three "root causes" of the problem were selected as the highest priorities of the Task Force:

* A regional vision and strategy for the arts;

* A coordinated regional arts leadership; and

Through the Task Force's deliberations, the questions arose as to whether much could be achieved without stable funding.

This Research Atlanta study, sponsored by SunTrust, considers a type of sustained funding mechanism that has been tried in other US cities and metro areas, an earmarked revenue source for the arts. It does not address the questions of a regional vision and strategy, or a coordinated regional arts leadership, although the question of vision, and an articulation of the public interest in the support of the arts, are a critical part of any discussion of funding sources. 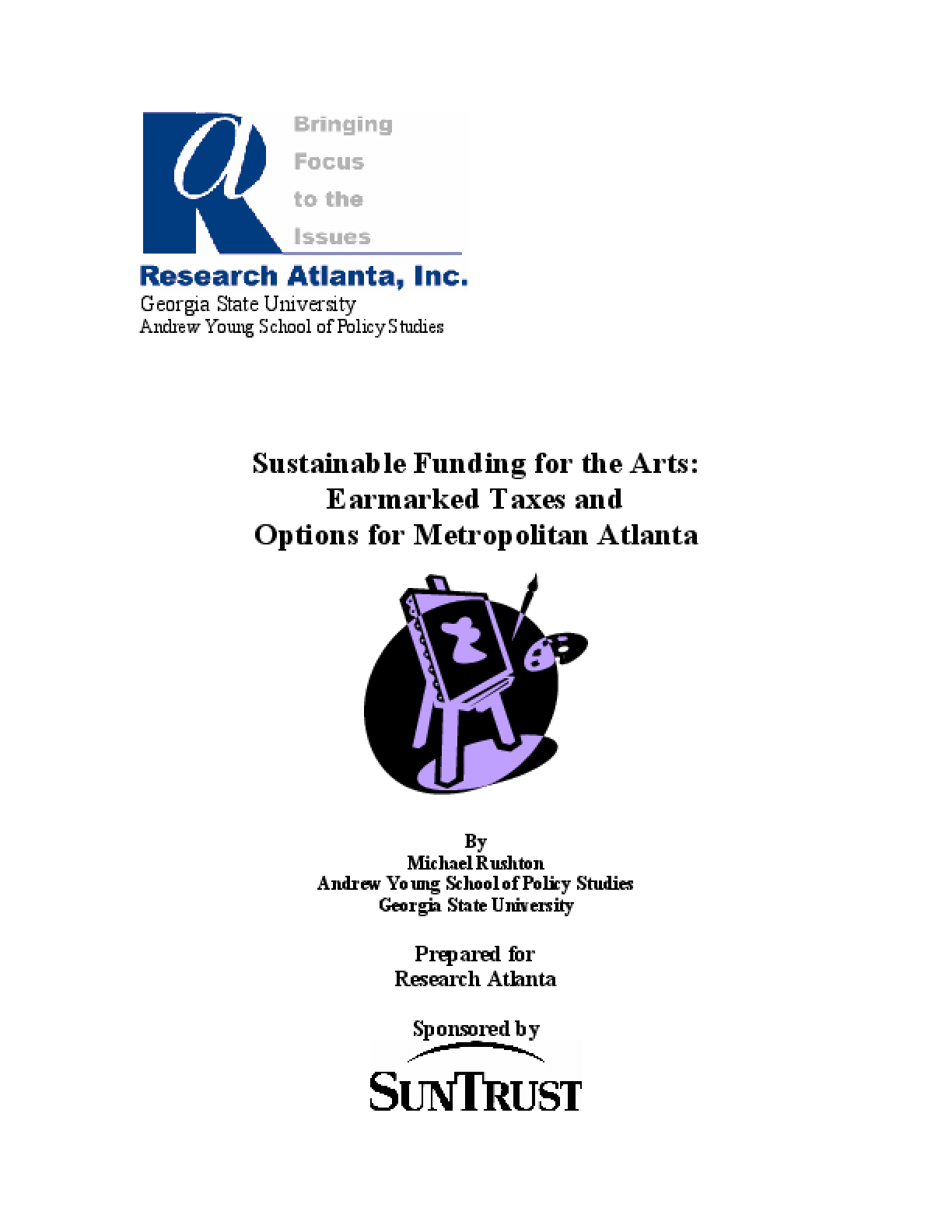