Released Time Religious Education is a program started in 1914 by a public school superintendent in Gary, Indiana. The program, which was approved by the U.S. Supreme Court in 1952, is primarily designed to teach religious education during the school day to public school students off campus with parental permission. A key by-product has been improved academic performance and the development of positive moral character among youth. While many incidents of improvement have been documented, there previously has been no major independent study of Released Time. School Ministries, Inc., a nonprofit organization that has been encouraging the expansion of Released Time nationally, engaged the National Council on Crime and Delinquency (NCCD) to do an independent program evaluation in cooperation with the Oakland, California, Released Time program. 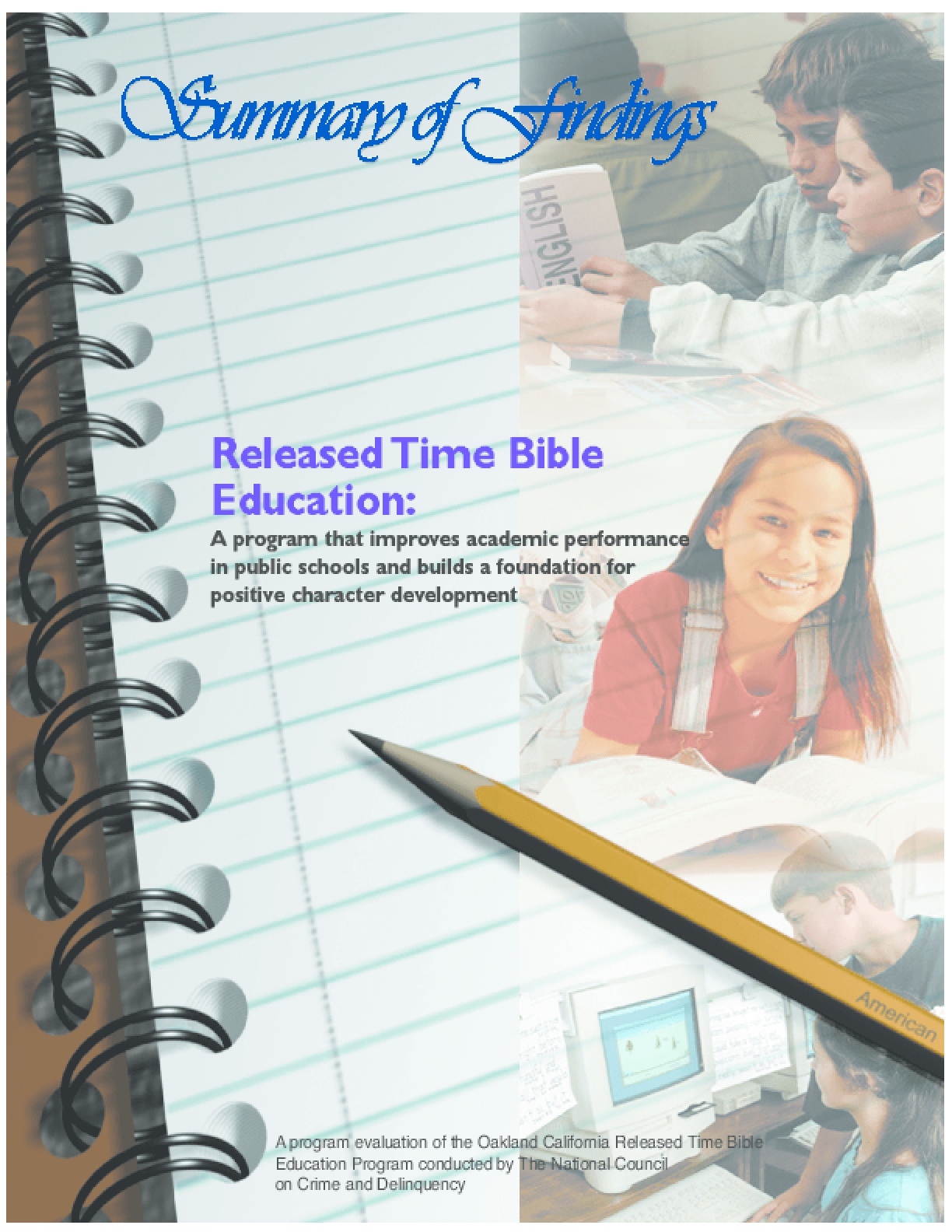