Unintended pregnancy can have significant, negative consequences for  individual women, their families and society as a whole. An extensive body of research links births resulting from unintended or closely spaced pregnancies to adverse maternal and child health outcomes and myriad social and economic challenges. In 2011, the most recent year for which national-level data are available, 45% of all pregnancies in the United States were unintended, including three out of four pregnancies to women younger than 20, and there were 45 unintended pregnancies per every 1,000 women aged 15–44, a rate significantly higher than that in many other developed countries. If current trends continue, more than half of all women in the United States will experience an unintended pregnancy by the time they reach age 45. And economically disadvantaged women are disproportionately affected by unintended pregnancy and its consequences: In 2011, the unintended pregnancy rate among women with a family income lower than the federal poverty level, at 112 per 1,000, was more than five times the rate among women with an income greater than 200% of poverty (20 per 1,000). 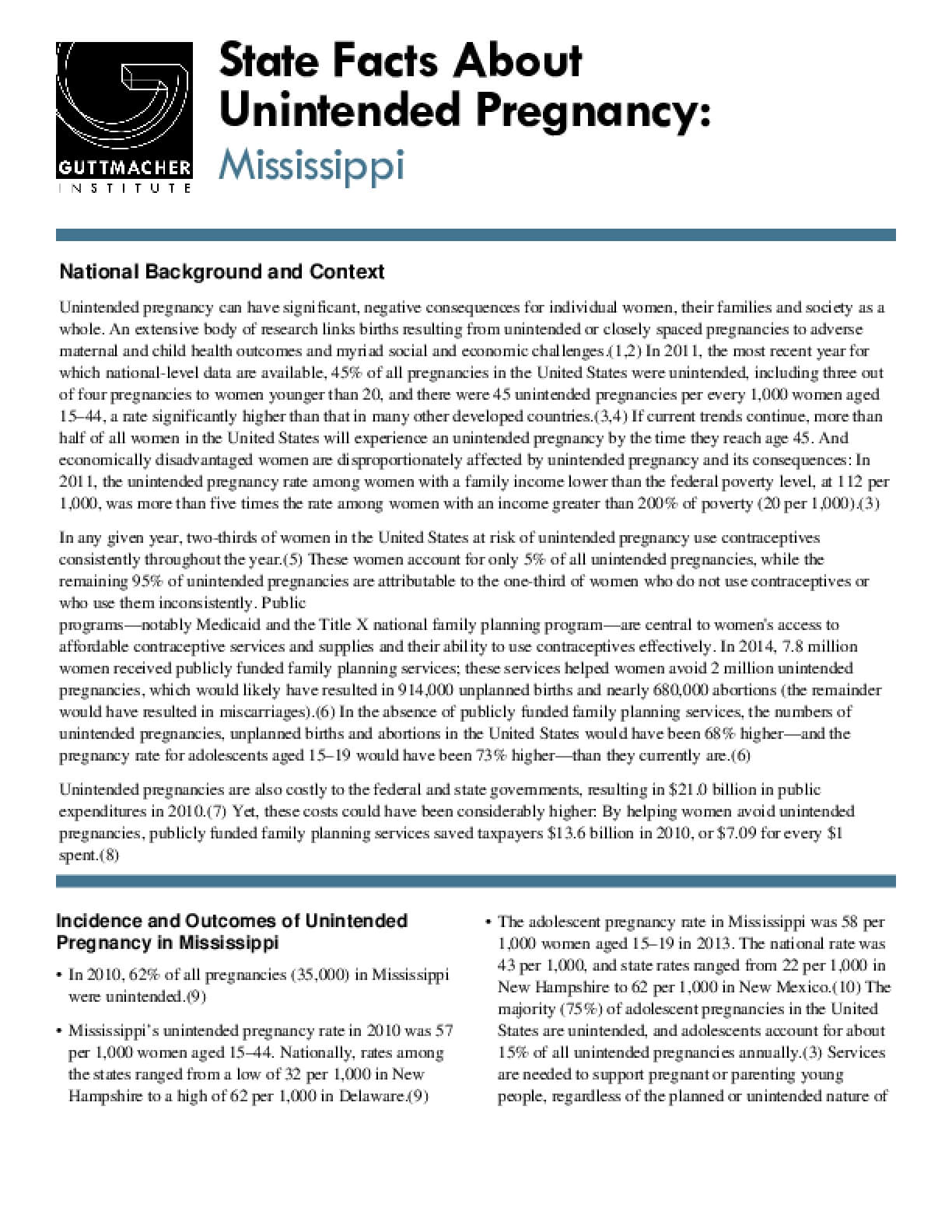