Rural Voting in the 2004 Election

In the 2004 presidential election, rural voters tended to favor Republican George W. Bush, while urban residents more often voted for Democrat John Kerry, a pattern that became associated with the red state -- blue state divide. A closer look at this rural -- urban pattern finds many exceptions, however, highlighting the wide variety of places that compose rural as well as urban America. The character and politics of many rural places in the South, for example, are unlike those found elsewhere in the country. Similarly, unique rural places exist throughout the Northeast, Midwest, and West, each so unlike the others that the idea that there is one "rural America" breaks down -- there are, in fact, several quite different rural Americas. This fact sheet presents detailed patterns of rural voting by region and "degree of ruralness" (population density). It also shows that these patterns are better explained by looking at demographic factors, such as ethnic composition and educational levels, than simply by where people live. 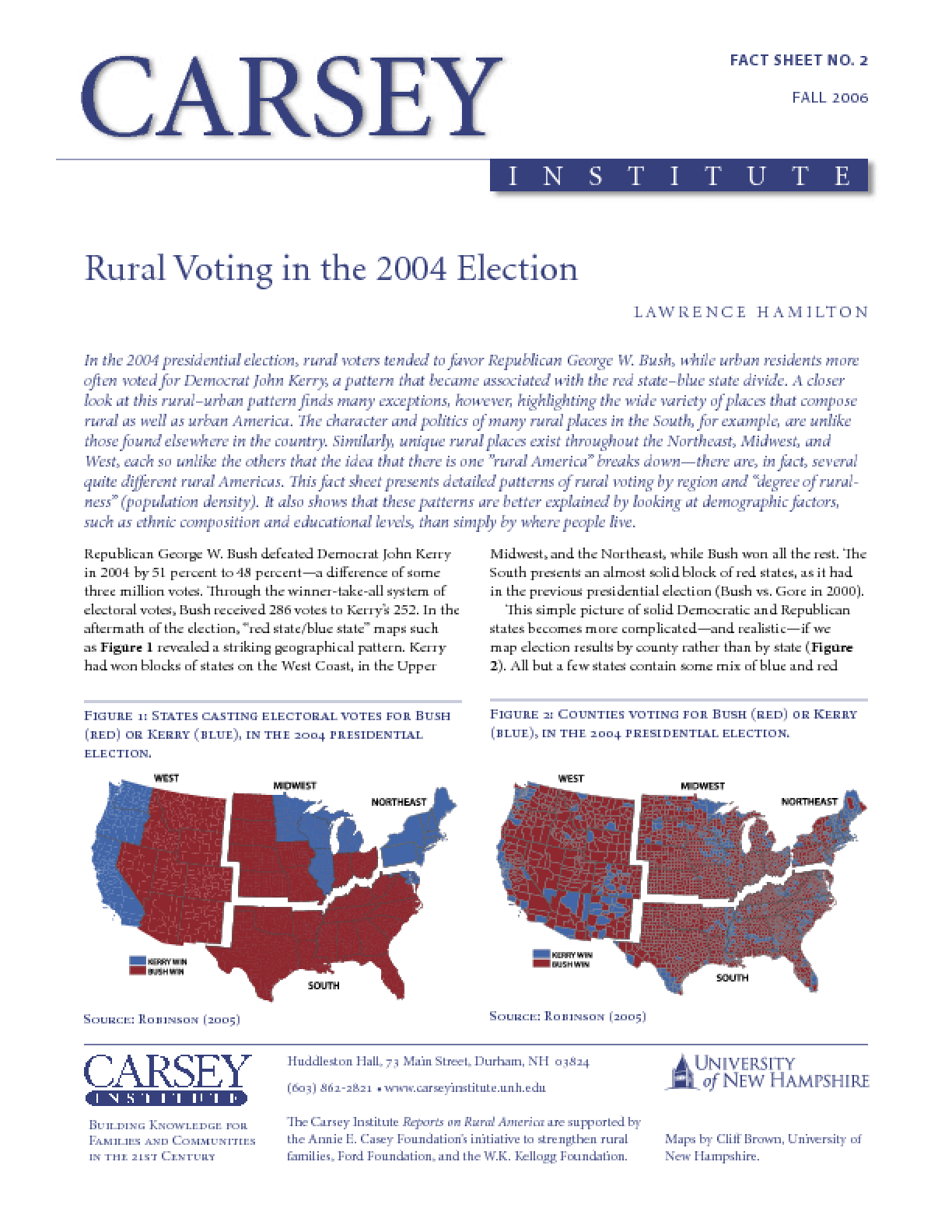