This brief shows how the characteristics of rural Gulf Coast families place them at higher risks during natural disasters and make them far less able to recover from such calamities. Although few realize it, nonmetro residents represented the majority (55%) of the population affected by Hurricane Katrina in Mississippi. They also constituted 17% of the people living in Alabama's disaster-stricken area, and about 12% of the affected population in Louisiana. These are not inconsequential numbers; they represent thousands of inhabitants living in small communities dotting the tri-state region. This Rural Realities brief draws much needed attention to nonmetro areas affected by Hurricane Katrina and outlines the key features of the rural people and places that have been impacted by this major disaster. Most important, it offers a series of policy recommendations that can assist in rebuilding the region's nonmetro counties and parishes. The hope is that these policy ideas can offer a meaningful set of strategies for lessening the future vulnerability of rural areas within and outside this region of the country. This brief is from Rural Realities; Volume 1, Issue 2. Rural Realities is published by the Rural Sociological Society. It is a peer-reviewed, web-based series that is published four times a year. Each issue is devoted to a single topic. 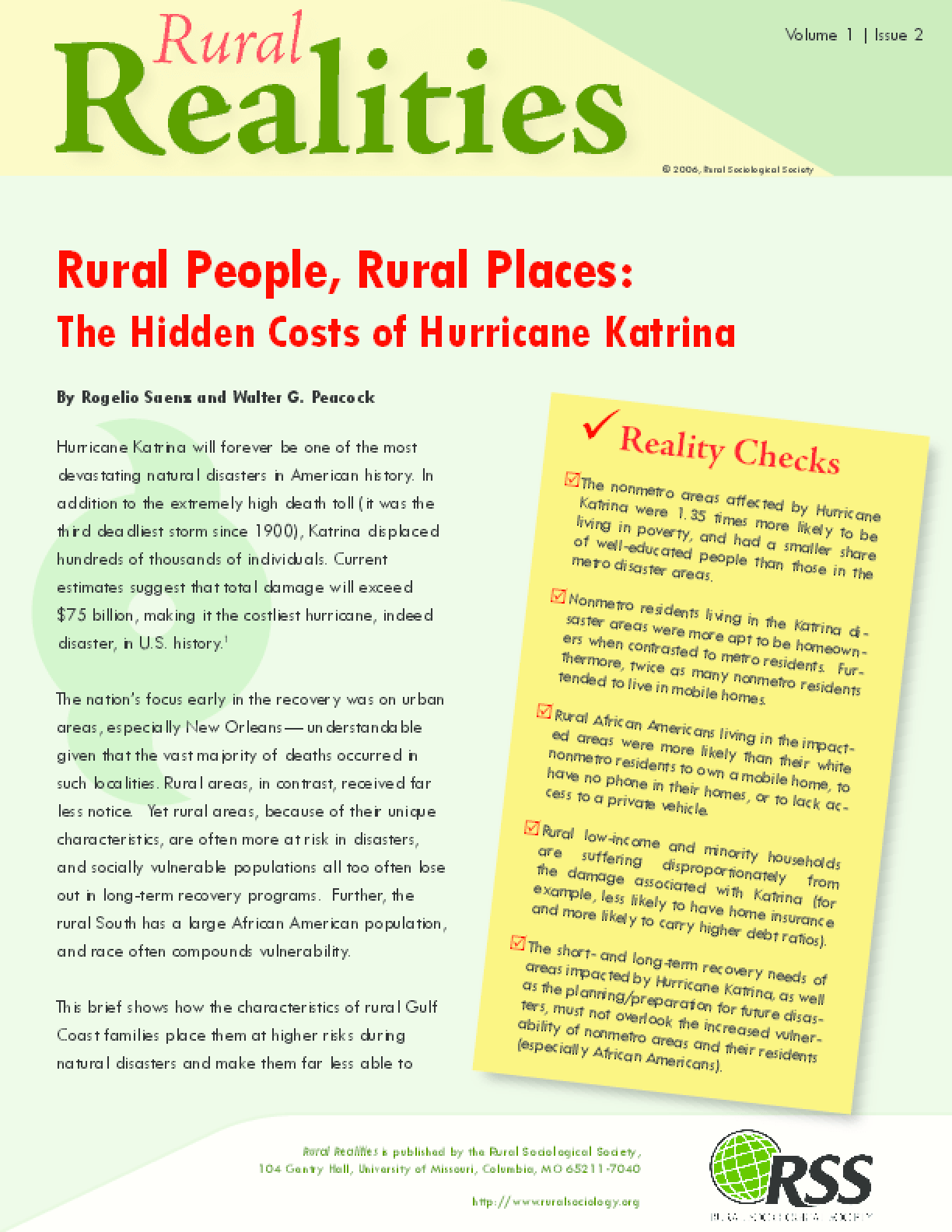