Rolling Up Our Sleeves: Building an Oregon that Works for Working Families

Working families in Oregon, as in the rest of the nation, faced a tough economic environment even before the onset of the current recession. Prior to the downturn, Oregon experienced a seven-year stretch in which its economy and productivity grew faster than that of the nation as a whole. And yet Oregon working families emerged from that seemingly favorable period with stagnant or shrunken wages and less health care coverage. The percentage of families stuck in poverty despite their work effort remained unchanged. How did it come to pass that the economy grew but most working families gained nothing or fell behind? The answer is simply that the rules of the economy have not been guided by a goal of shared prosperity and opportunity for all. The economic benefits mostly flowed upward, swelling the incomes of those at the very top. Toward the end of the economic expansion, income inequality had reached record levels. Now, with a recession battering the state and the nation, the economic condition of working families has become more precarious. History shows, however, that in tough economic times we can summon the will to accomplish great things. Seven decades ago, a generation of Americans rose up from the depths of the Great Depression and together built a strong nation and economy. This achievement rested on a foundation of broadly shared prosperity and opportunity for all. The benefits of economic growth flowed to typical working families. It is time for Oregonians to learn from history and build a new foundation. Action now can help alleviate some of the pain of the current downturn. But more importantly, our work today will help usher in a new era of broadly shared prosperity and opportunity. In this report, we outline strategies for building an Oregon that works for working families. The specific recommendations fall under three broad categories: policies that strengthen the public sector's role in promoting shared prosperity, policies that secure the incomes of working families and reforms to the tax system that make it fairer for working families and generate revenue for public systems that create opportunity. This report is not a comprehensive plan for achieving an economy of shared prosperity, but it presents a broad policy framework and a range of specific proposals that point the way forward. So let's roll up our sleeves and begin building an Oregon that works for working families. 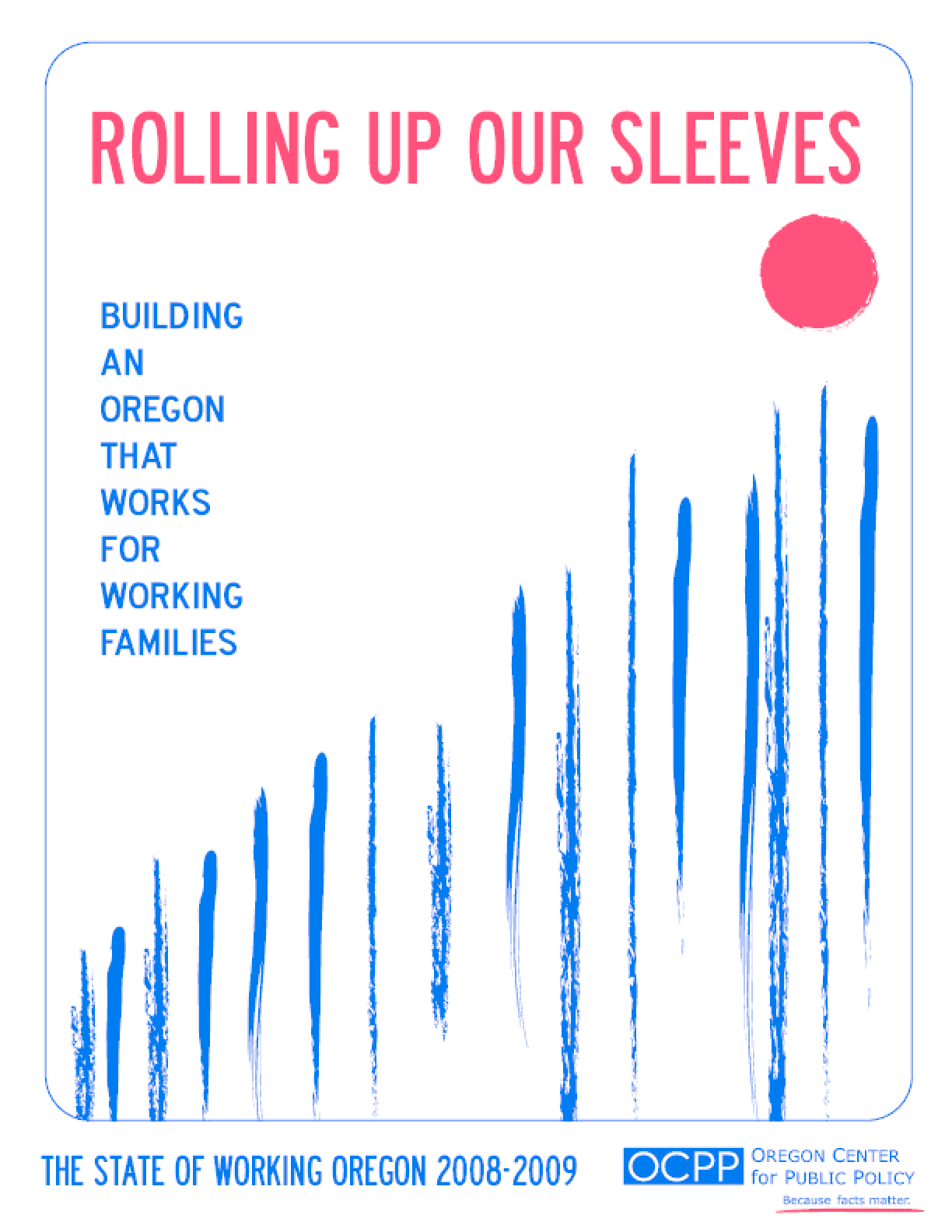