Risk Assessment and the Revocation Process

The Robina Institute of Criminal Law and Criminal Justice is pleased to announce a new data brief from the Parole Release and Revocation Project. Findings reported in this data brief, Risk Assessment and the Revocation Process, are derived from research and findings previously published in The Continuing Leverage of Releasing Authorities: Findings from a National Survey.

The use of risk assessment in release decisions is a well-established practice among releasing authorities, but the reliance on such tools for revocation has evolved, often in tandem with the adoption of progressive sanctions grids, or their equivalent. The Continuing Leverage of Releasing Authorities reveals the use, transparency, and consideration of risk assessments in the revocation process. 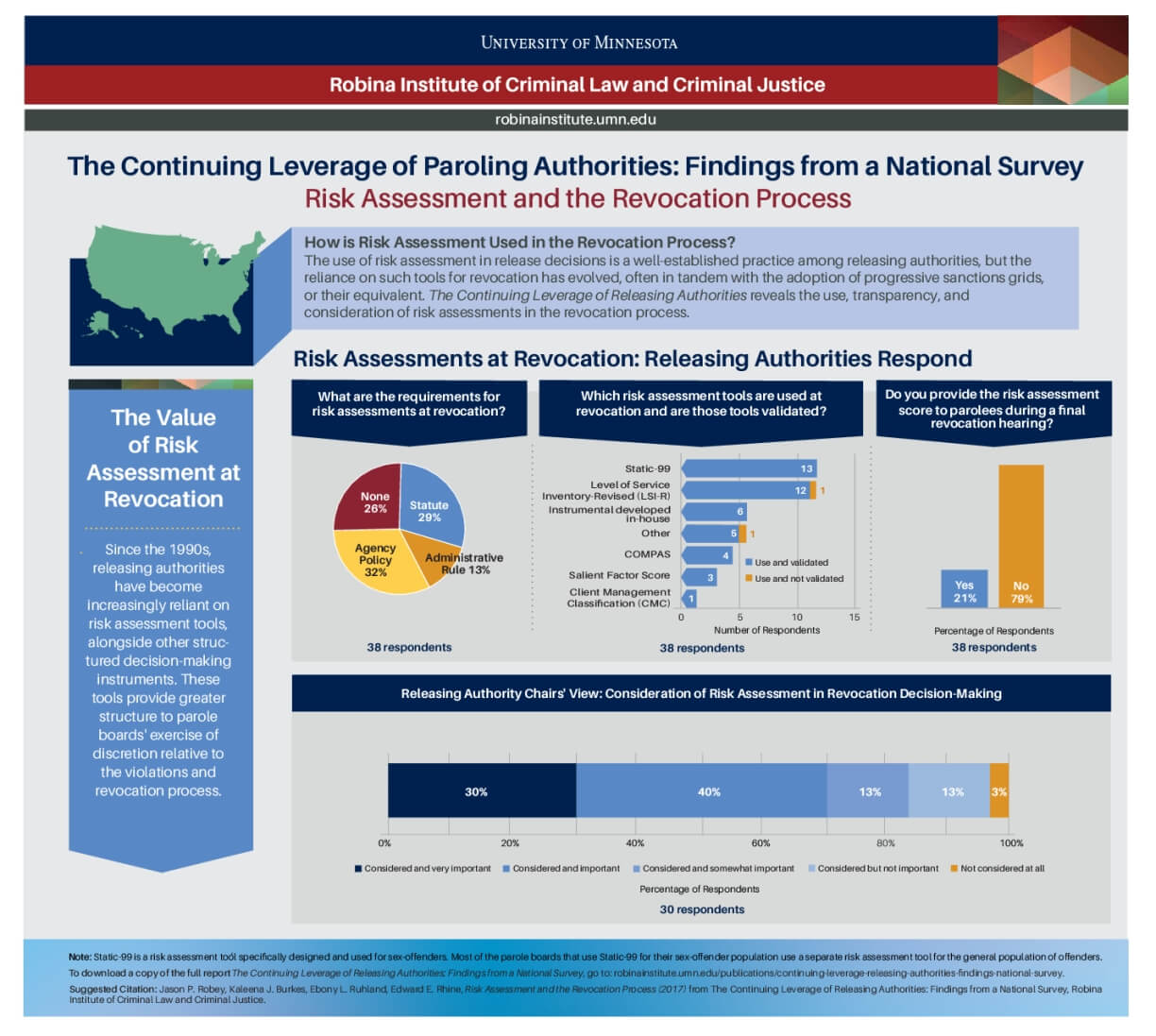