Reinventing Municipal Governance: From the New Generation of Big-City Mayors

The decade of the 1990s brought to power in many American cities a new breed of mayors who have sought to reinvent municipal governance through a variety of innovations that, like the mayors themselves, defy easy partisan or ideological classification. These innovations are widely viewed as having helped to turn around such cities as Philadelphia, Cleveland, New York, and Chicago. The purpose of this paper is to explain the most notable of these innovations for possible consideration by Atlanta's incoming mayor. 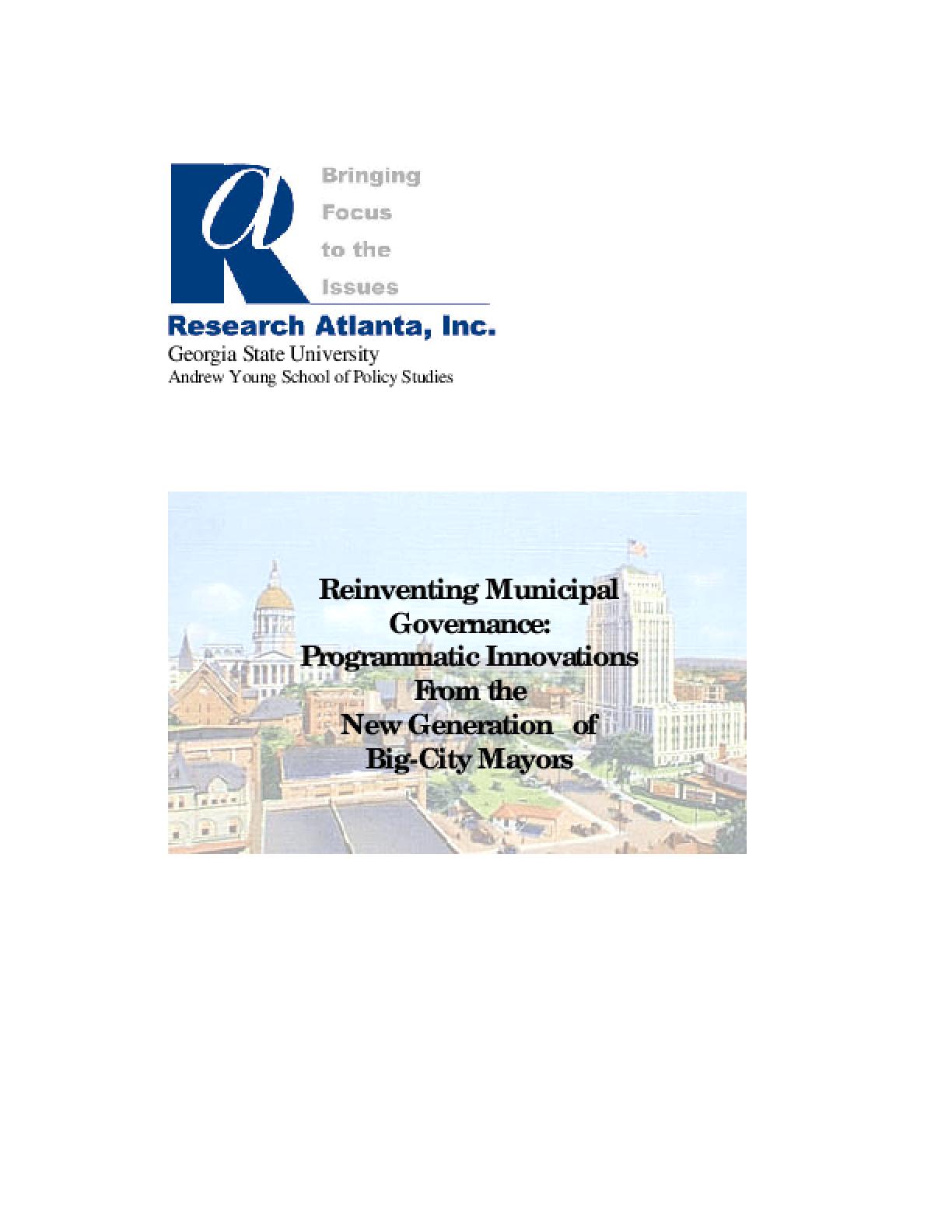