Regulating Fishing Practices in the Arctic

The thawing conditions and the shorter sea ice seasons are opening up opportunities for trade and commerce in the Arctic. The melting ice means that previously unreachable areas, potentially rich in resources – including oil, gas and valuable minerals – are now increasingly accessible. Shipping traffic in the region is also increasing. In the coming years, the Arctic has the potential to become a key passageway for global marine transportation. In addition, fish are migrating northward, a fact that will no doubt become all the more attractive for neighbouring countries' fisheries, as the rest of the world's fish stocks become increasingly scarce. However, the indigenous communities of the north depend upon the marine resources of the Arctic for their sustenance and livelihoods. The importance of protecting those resources and the ecosystems on which they depend is critical for securing a sustainable future. 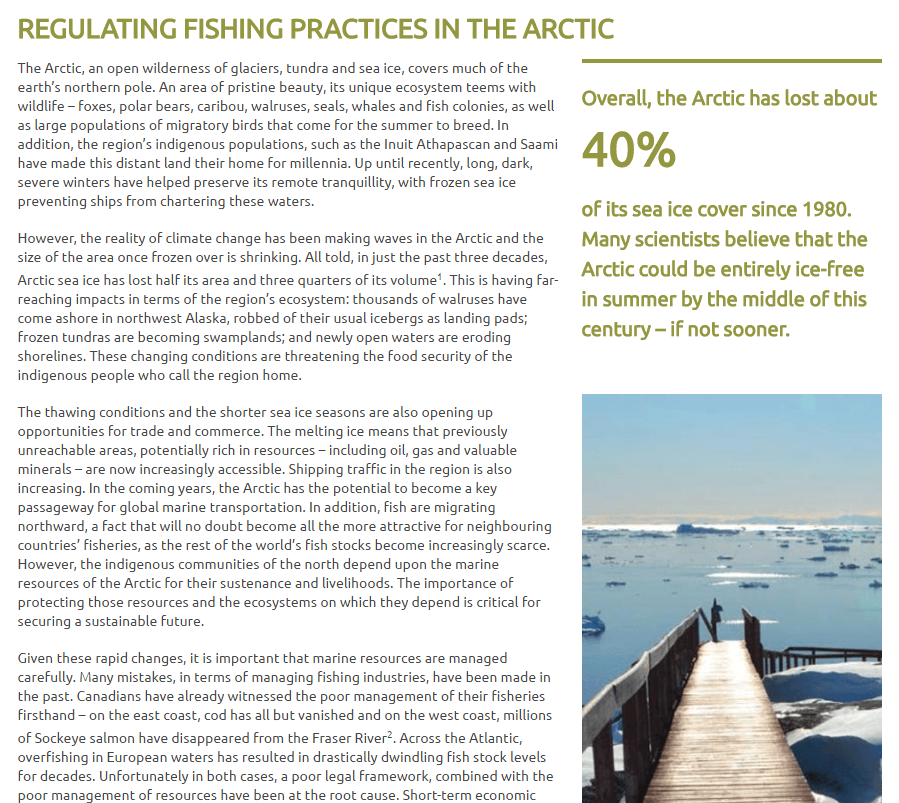