On 29 October 2001, the Home Secretary announced the outcome of the vouchers review, together with a broad range of additional proposals for the radical reform of UK asylum policy. A further announcement of anti-terrorism measures followed on 17 November. Some of these proposals will require legislation: a White Paper on the measures set out in October will be published probably early in 2002. Bills on terrorism and on extradition have also been laid before Parliament. These measures clearly mark significant changes in the policies affecting asylum-seekers in the UK. Taken together, they could result in a system that is ultimately more responsive to the needs of asylum-seekers and promotes their protection, or in one that emphasises deterrence and control rather than welfare and rights. This briefing paper sets out Oxfam's initial response to the initiatives announced. 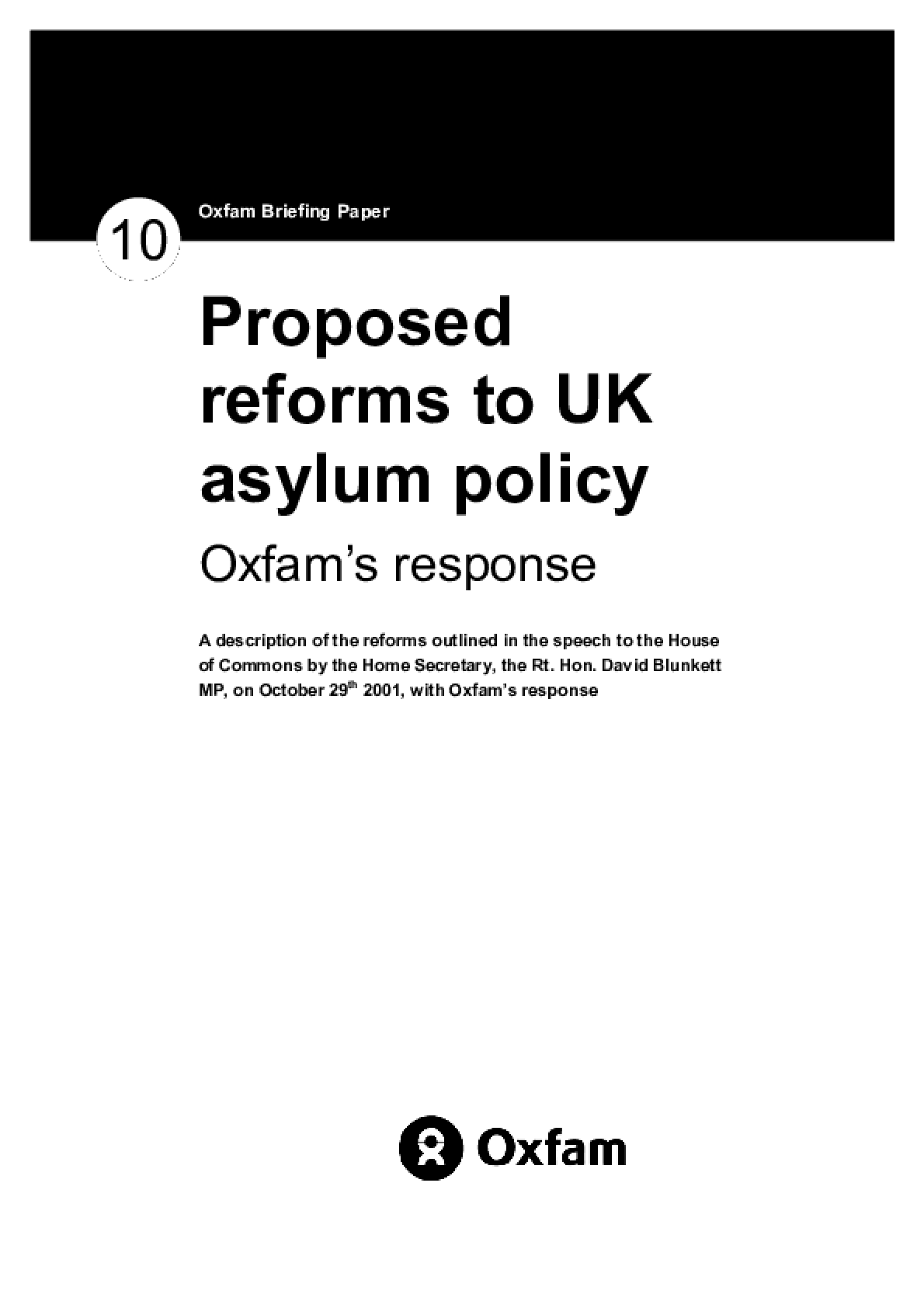