As host of the Olympic Games, China seeks to increase national economic and social development and "display to the world a new image of China", and presents the Games as an opportunity to foster democracy, improve human rights and integrate China with the rest of the world. In its Olympic Action Plan promulgated in 2002, China outlined the phases of construction in the run up to the 2008 Games, and the standards to which it would hold itself in the governance and construction of venues, impact on Beijing's environment, increasing social and economic development and providing China's citizenry with greater access to information and technology. The goals and specific commitments that the government has adopted not only have implications for the smooth and successfuloperation of the Olympic Games, but also have the potential to impact on a number of China's international obligations, including its human rights obligations. Despite human rights-related commitments as diverse as transparency and accountability, access to information and freedom of the press, poverty alleviation, an improved standard of living for all people, and compensation for evictions and health issues, the record to date raises serious compliance issues. 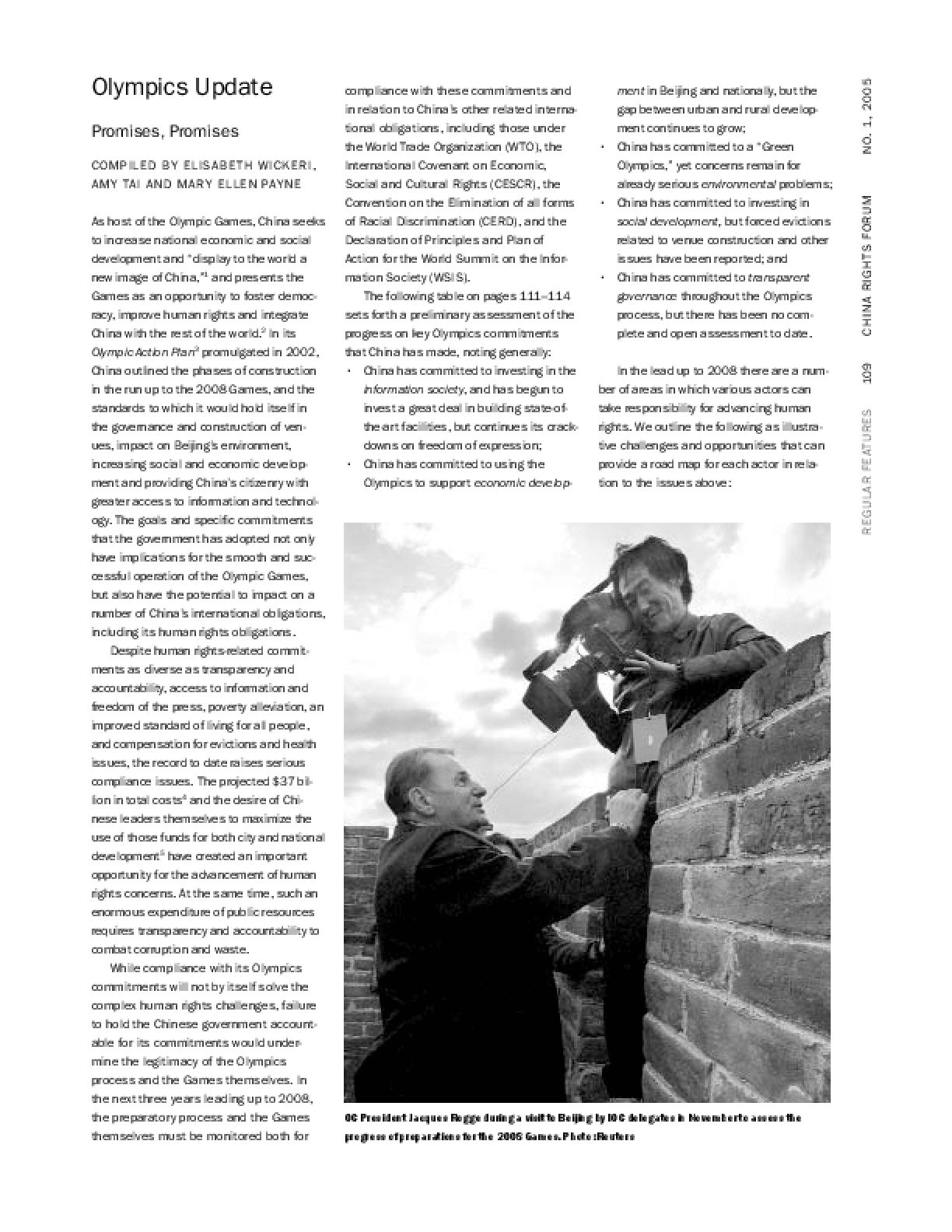