Advances in Computer and Networking technology hold the potential to revolutionize the range and class of economic environments and problems on which market forces can be brought to bear. So-called "Smart Markets" involve using networked computers to create a market or trading institution that might be too complicated to carry out by hand. A number of prominent authors (e.g., Plott, Smith, Ledyard, and many others) have suggested ways to organize industry-specific "Smart Markets" that hold the potential for vast improvements in the efficiency of operations in the industries for which they are specifically designed. Large classes of problems that were once the domain of regulators or committees might be decentralized using these new smart market techniques. The paper addresses a potential drawback of these systems and offers a solution. Specific problems that some smart markets attempt to address, such as finding optimal schedules, do not scale nicely. The computing resources needed to solve these problems might grow beyond any systems ability to handle them. Thus, there exists a potential for a smart market to be ruined by expansion after some initial success. 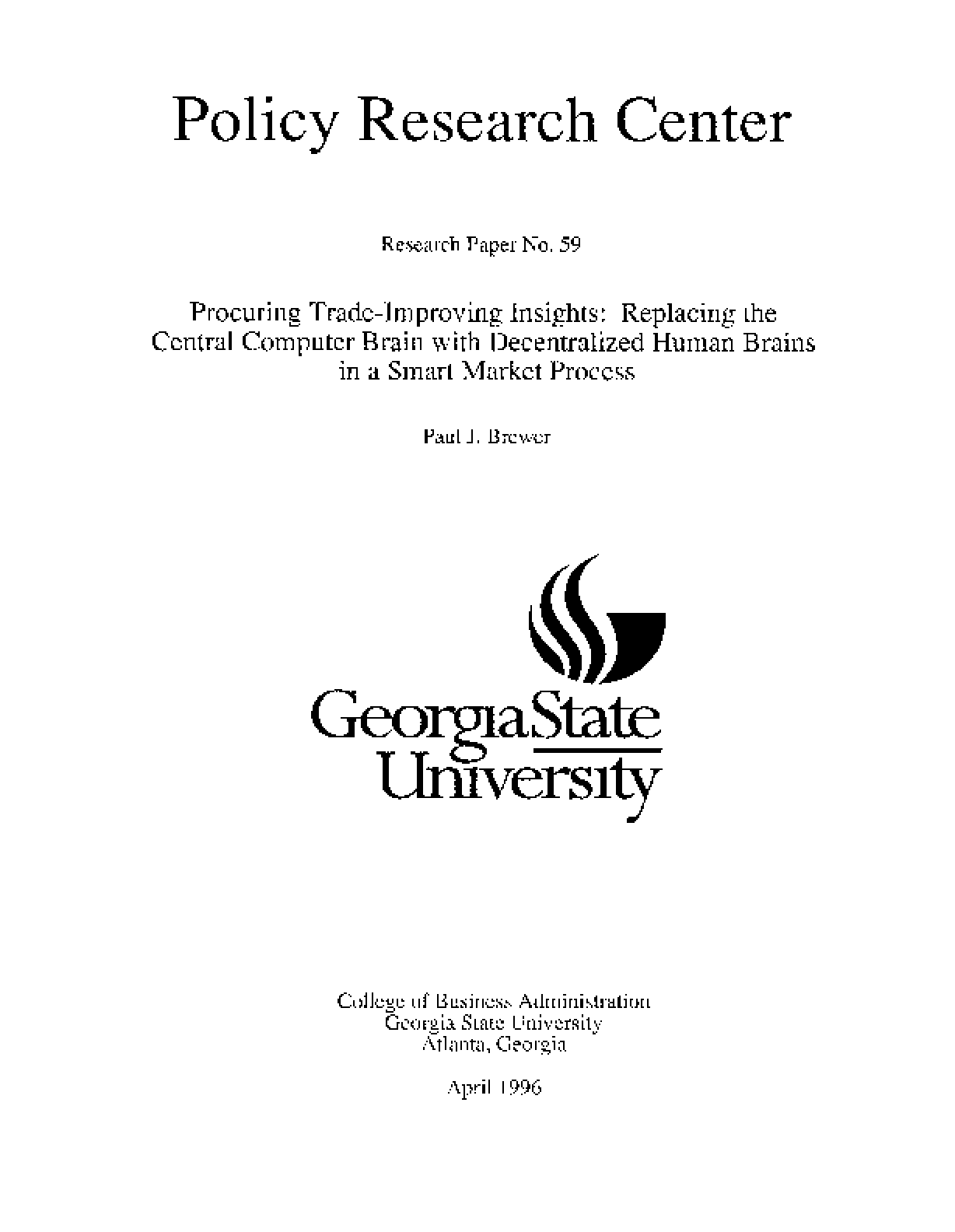