by Gregory B. Lewis

Since the early days of the gay liberation movement, activists have argued that coming out to heterosexuals would increase acceptance of homosexuality and support for gay rights. Though the empirical research has generally supported this hypothesis, it has not adequately controlled for reciprocal causation: having positive attitudes toward homosexuality increases the probability that a gay, lesbian, or bisexual person (LGB) will come out to you. This paper re-estimates the effect of knowing LGBs on support for gay rights using individual-level data from 27 surveys of the national population conducted since 1983. I first assess whether the same characteristics predict both attitudes and acquaintance. I next examine the effect of knowing LGBs on acceptance of homosexuality and support for gay rights in three ways: using logit models that control for the demographic and political variables used in step one, using propensity score matching to restrict comparisons of those who know LGBs to others who are as similar as possible, and using logit models for support for gay rights that also control for acceptance of homosexuality. Findings confirm that knowing LGBs affects beliefs on the morality of homosexual relations, employment discrimination, gays in the military, sodomy laws, and samesex marriage. Working Paper 07-10 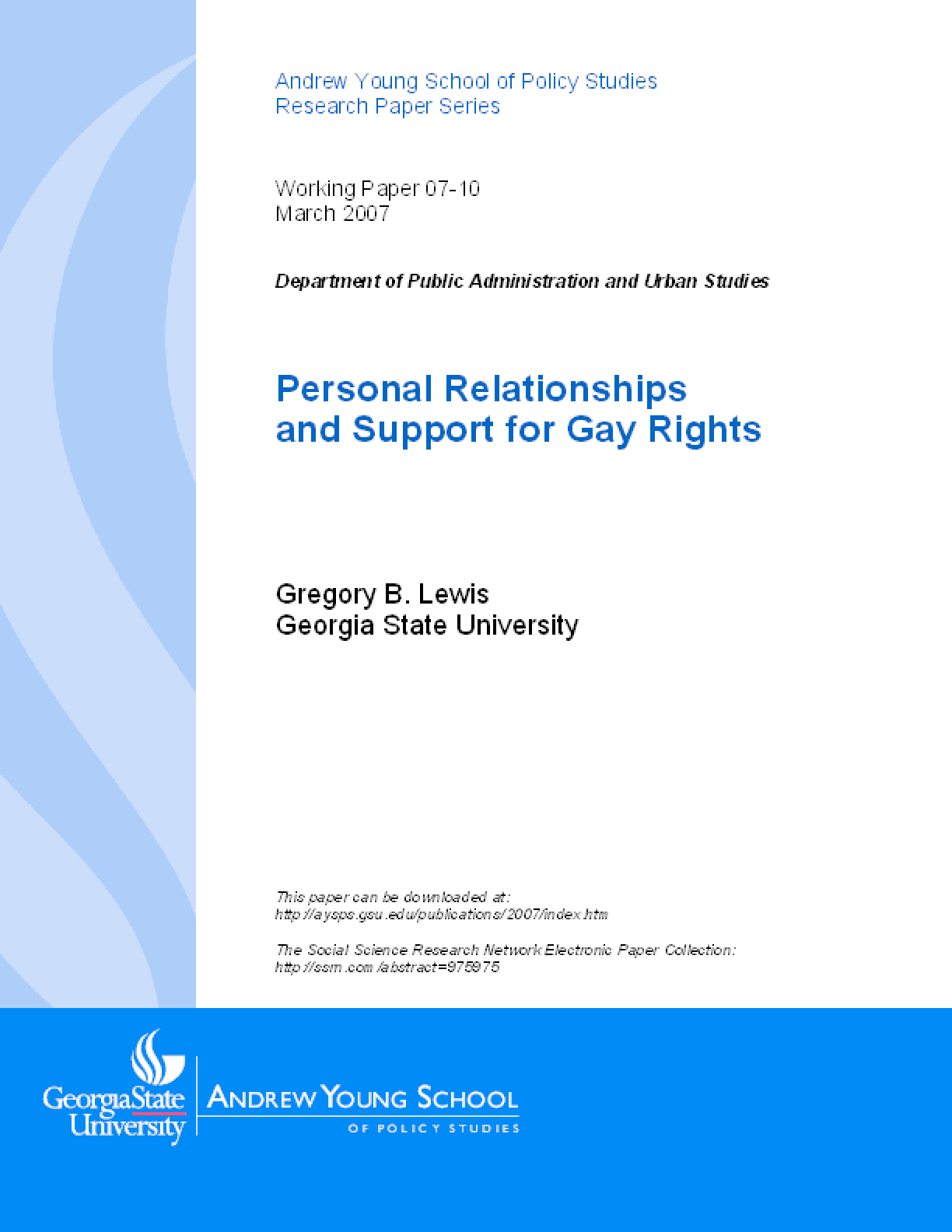