Perceptions of Family Violence: Are Companion Animals in the Picture?

Service and education organizations such as the ASPCA claim a connection between family violence against children and companiion animals, but to what extent does the general public share this perception? Sixty-three undergraduates rated their certainty about perceiving family violence using 60 pictures witrh differing potential targets of family violence. Participants showed stronger certainty when the target was a child than when the target was a companion animal, but ratings for companion animals averaged above the midpoint of the scale used. Interview questions were used to obtain information about child recollections of joint discipline situations in which children received punishment for what companion animals did, or vice versa. Thirty-four participants recalled such situations, some of which resulted in the death or discarding of a family's companion animal. The majority of participants affirmed a connection between violence against children and companion animals in the family, with some giving credit for that insight to their taking part in the study. 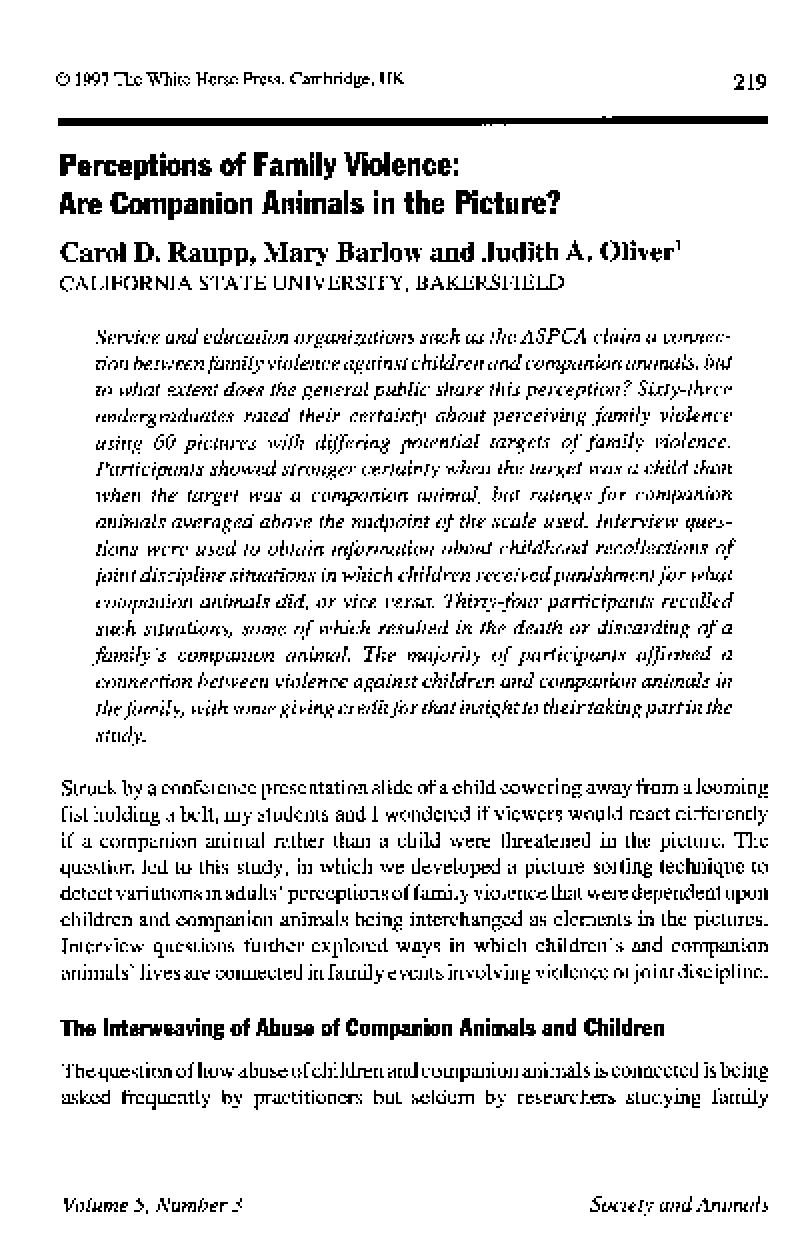