The ascendance of a norm of non-violent protest or "civil resistance" against a government or occupying force may, at first, seem self-evident. As modern states have come to attain overwhelming military and policing powers over their populations, the idea of using violent means to oppose a regime seems ineffective, at best, and dangerous, at worst. Yet, the near total embrace of and insistence on non-violence should not be considered a foregone conclusion. They must be examined historically so as to understand how people across time and space have supported what was fundamentally a radical ideology of resistance to inequality, colonialism, and political repression.

This project centers on the question of how non-violence became a norm for resistance and struggle. It focuses on the potential entanglement of two processes of transformation: the Black American freedom struggle and the regime changes in East Central Europe in 1989, that are inexorably linked to non-violence or peaceful transition. It considers how the "other" transatlantic relationship, between Black Americans and eastern Europeans during the Cold War, shaped opposition politics in East Central Europe.  This project places a special emphasis on the intellectual roots, social organization, and tactical methods of non-violent political opposition and peace movements in Hungary from approximately 1947 to 1990. It will also pay special attention to how the socialist ideal of revolutionary action changed over time, as the needs of socialists states changed. These changes then required a reformulation of what type of behavior fit into the framework of communist and anti-communist revolutionary activity, but also a reformulation of masculinized heroism that butted heads with older tropes of the muscular industrial worker and the defiant freedom fighter. 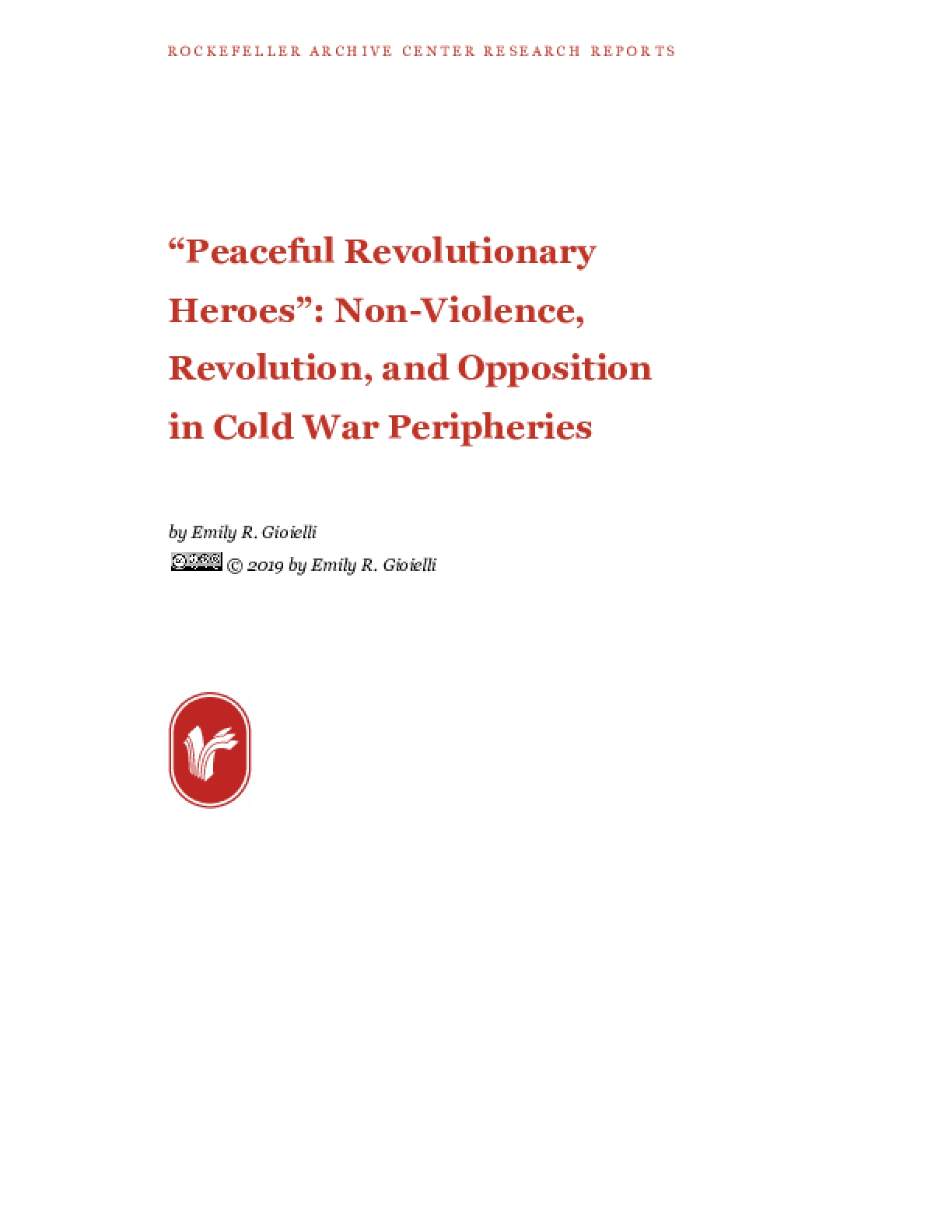