Globally, 2016 was the warmest year on record, surpassing records set in 2015 and 2014, and each new record emphasizes the longer-term upward trend. Though not every place on Earth experienced warming effects last year, they were quite evident in many areas. Rising South Pacific sea temperatures caused the largest die-off ever recorded of the coral that composes Australia's Great Barrier Reef, and both Arctic and Antarctic sea ice reached record lows for several months of the year. Among scientists looking at such data, there is overwhelming agreement that human activities are shifting Earth's climate in hazardous directions, and urgent actions are needed to slow this down. Among U.S. politicians and the public, however, there remain wide divisions on whether human-caused climate change is real, whether scientists agree, and whether anything should be done. 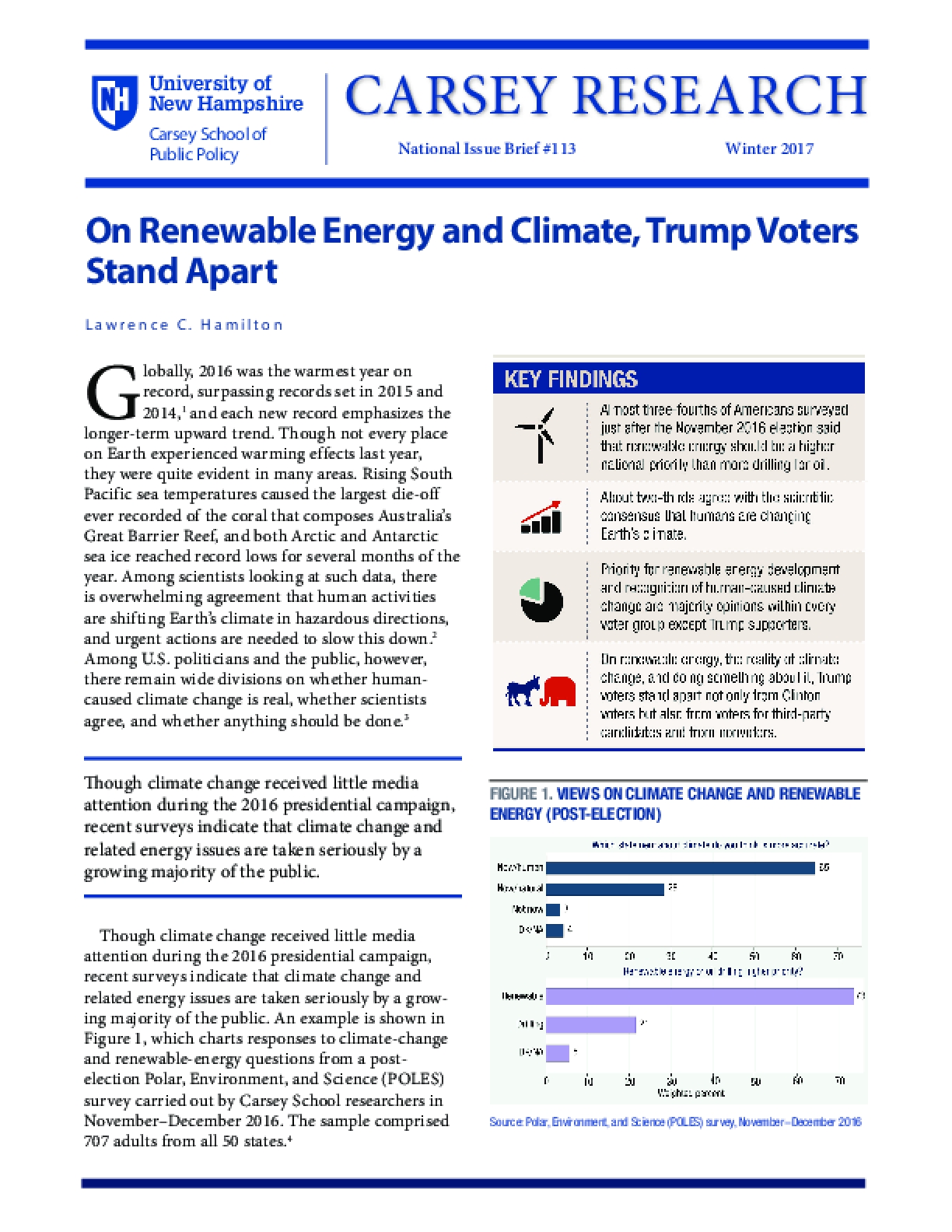