Observing the Observers: The OAS in the 2019 Bolivian Elections

This study focuses primarily on the 'Final Report' of the OAS audit of the election results and shows how the authors of that report misrepresent the data and evidence found in the audit in an attempt to further bolster their claims of intentional manipulation on the part of Bolivia's former electoral authorities. The OAS Final Report identifies many real problems with the management of the elections that should be addressed. However, despite claims to the contrary, it does not provide any evidence that those irregularities altered the outcome of the election, or were part of an actual attempt to do so. 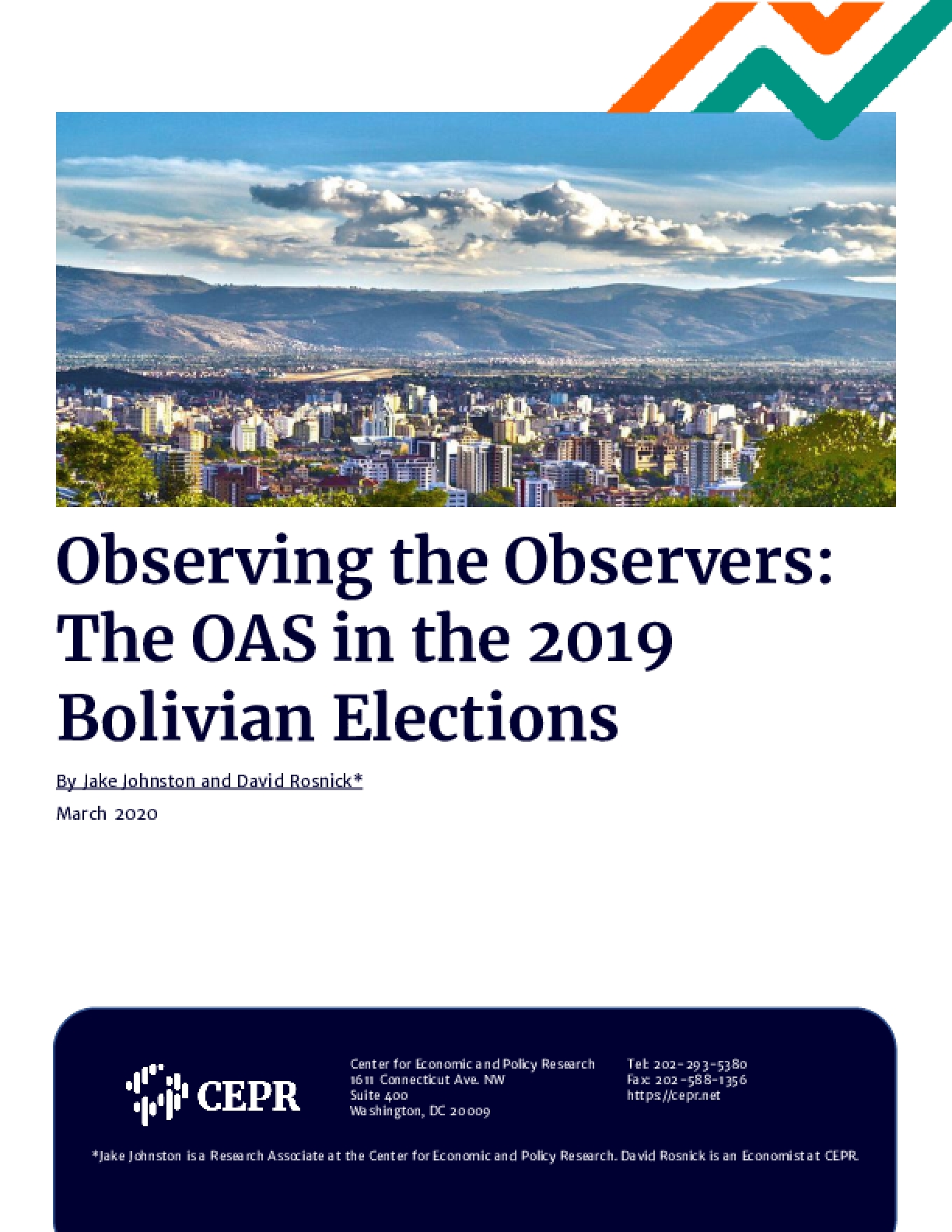