In the early throes of the Great Recession in 2008, nearly half of all New York City residents reported difficulty affording needed food (48 percent), a record high since the start of polling for this indicator in 2003. The very next year, as stimulus funding and other relief measures were put in place, and as a slow economic recovery commenced, the percentage of New York City residents reporting difficulty affording needed food began to drop. Since 2009, this overall percentage has continued to decline each year. In 2012, 32 percent of New York City residents (approximately 2.6 million people) reported difficulty affording needed food, a drop of 3 percentage points from 2011, when 35 percent reported difficulty. (This difference of three percentage points represents an overall decline of nine percent.) Although these findings give some cause for optimism, they mask the harsh and very different reality in which New York City's most vulnerable residents find themselves. This year's NYC Hunger Experience report reveals a tale of two cities, wherein the struggles of low-income and unemployed New Yorkers to keep food on the table have intensified even as the difficulties of those better off continue to improve. 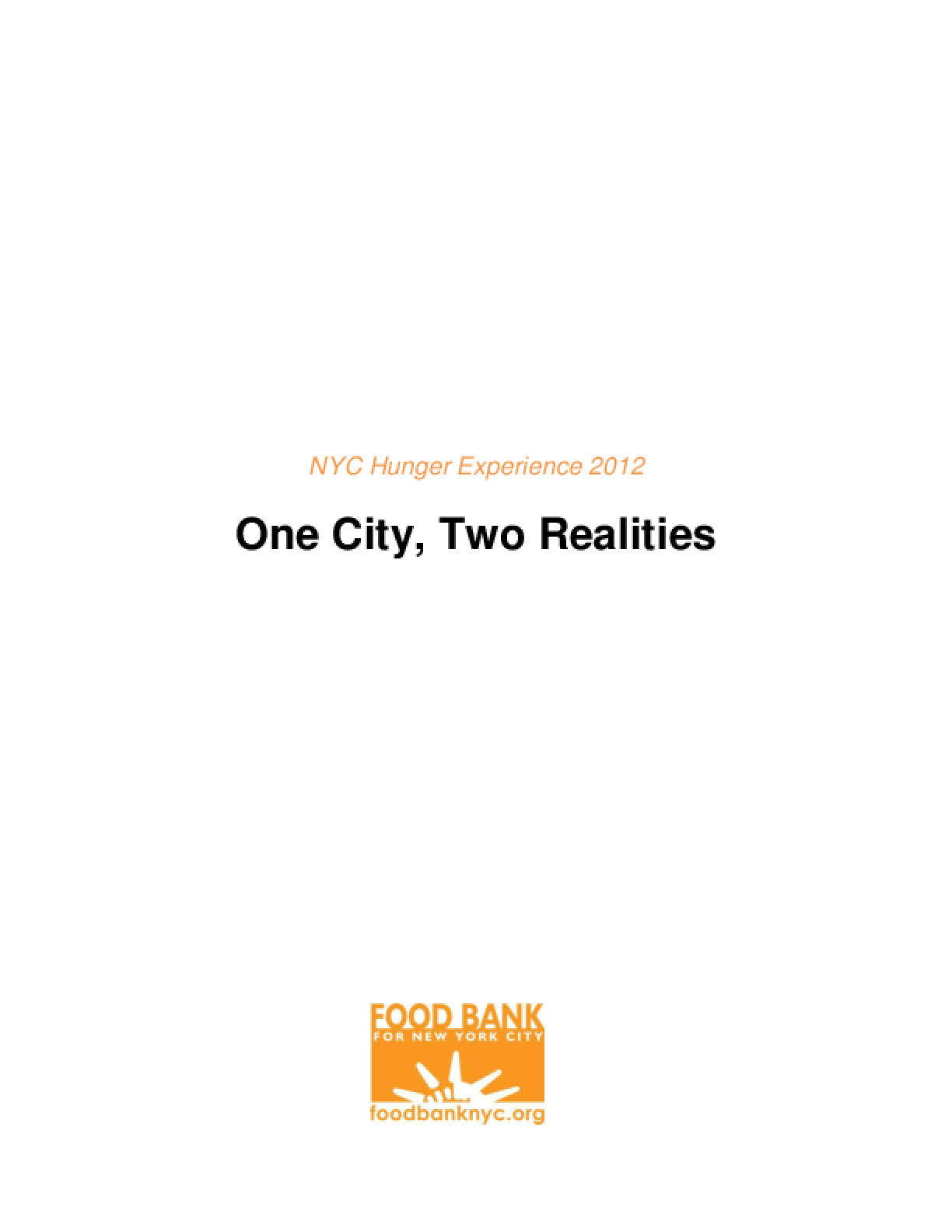