The recession that began in December 2007 officially ended in June 2009, and the number of New York City residents reporting difficulty affording needed food subsequently declined. However, as reported in NYC Hunger Experience 2010: Less Food on the Table, even in the post-recession era many New Yorkers were managing to avoid difficulty affording food only by reducing its quantity and quality and relying on savings to get by. In 2011, the number of New York City residents reporting difficulty affording food declined even further, but a substantial number of New Yorkers continued to have to reduce the quantity and quality of their food and rely on savings in order to feed themselves or their families. In addition, groups among which food affordability issues had not been traditionally prominent (e.g., better educated residents, higher income residents) saw increases in percentages reporting difficulty affording food and increases in percentages expressing concern about needing food assistance (such as food stamps, soup kitchens, and food pantries) in the future. This year's edition of the Food Bank For New York City's Hunger Experience report series analyzes data from an annual opinion poll conducted in collaboration with the Marist Institute for Public Opinion. It examines the most recent general decline in the number of New Yorkers having difficulty affording food, identifies those groups experiencing increases in these numbers, and provides updated, comprehensive trend data on what a loss of household income would mean to residents' ability to afford food and how concern is being expressed about needing food assistance in the future. The report also includes never before published data on the specific kinds of quantity and quality sacrifices and financial trade-offs New York City residents are making to ensure that food remains on the table. 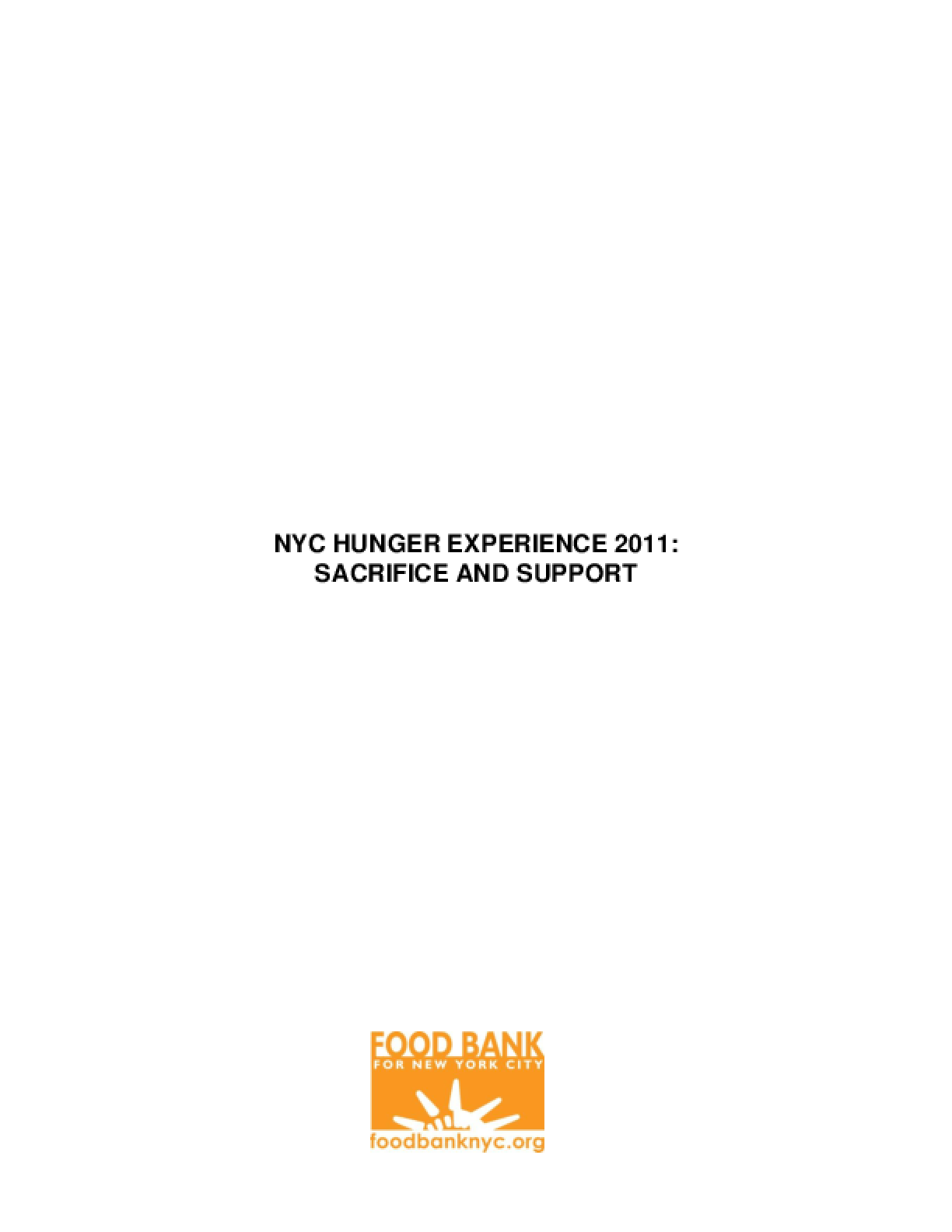