No One Is Spared: Abuses Against Older People in Armed Conflict

This report describes patterns of abuses against older people affected by armed conflict in Burkina Faso, Central African Republic, Ethiopia, Israel and the Occupied Palestinian Territory, Mali, Mozambique, Niger, South Sudan, Syria, and Ukraine. It also draws on the situation of serious protracted violence in two English-speaking regions of Cameroon, Myanmar security force atrocities against older ethnic Rohingya in Rakhine State, and the experiences of older refugees in Lebanon displaced by conflict in Syria. It also includes abuses against older people in the 2020 armed conflict in the ethnic-Armenian-majority enclave of Nagorno-Karabakh. 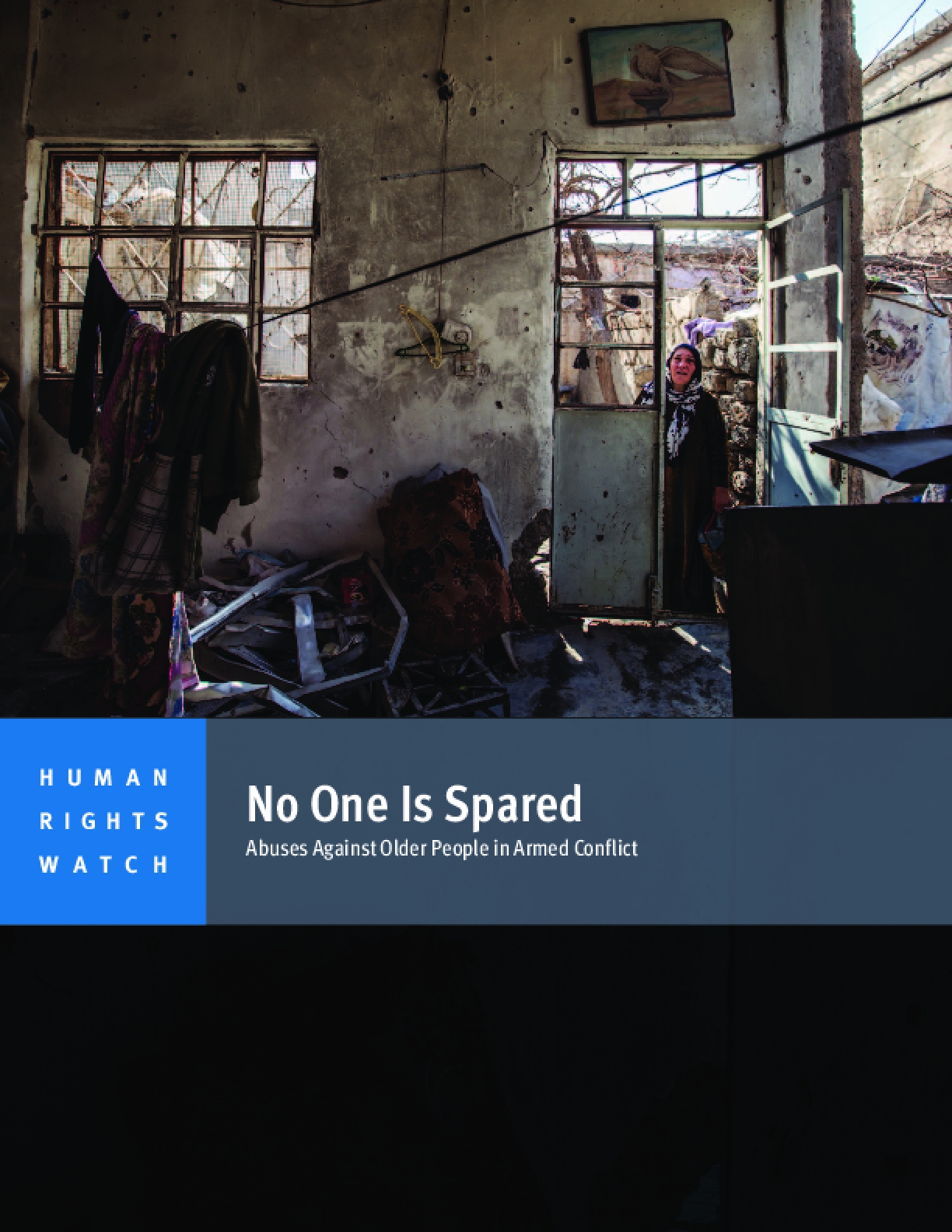