No Accident: Resilience and the inequality of risk

A new international emphasis on building resilience offers real promise to allow the poorest women and men to cope with, and ultimately thrive, in the face of shocks, stresses, and uncertainty. But only if risk is more equally shared globally and across societies - this will require a major shift in our approach to poverty reduction and fundamentally challenging the inequality that exposes poor people to far more risk than the rich.

In this paper, Oxfam calls on governments and aid agencies to tackle the politics and power at the heart of the increasing effects of climate change, rising inequality and people's vulnerability to disasters. Major external risks are increasing faster than attempts to reduce them. Since 1970, the number of people exposed to floods and cyclones has doubled. And it's not just disasters: 100 million people have fallen into poverty just because they have to pay for health care. Many of these risks are actively dumped on poor people, with women facing an overwhelming burden because of their social, political and economic status. 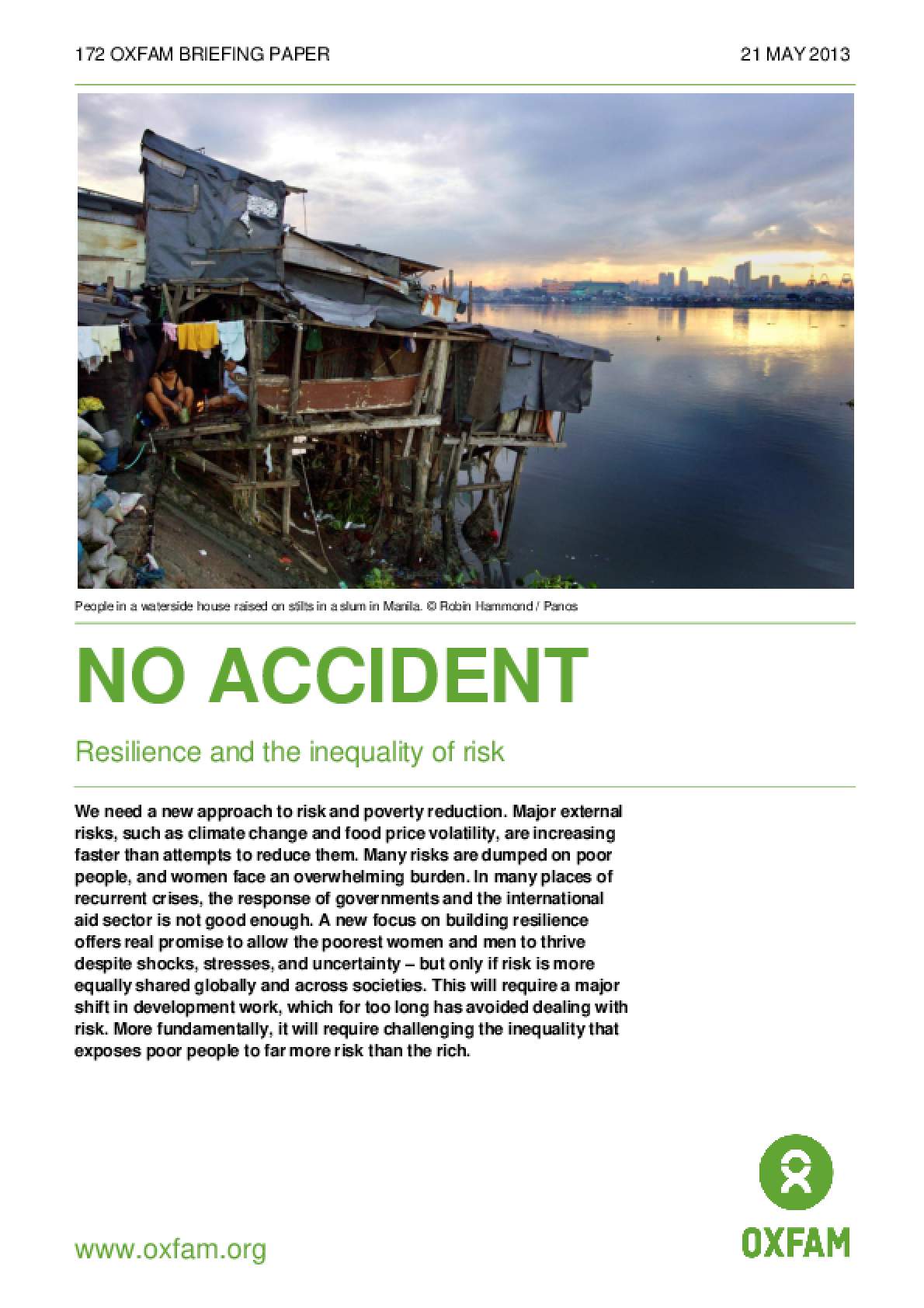