Nevada: Round 1 - State-Level Field Network Study of the Implementation of the Affordable Care Act

This report is part of a series of 21 state and regional studies examining the rollout of the ACA. The national network -- with 36 states and 61 researchers -- is led by the Rockefeller Institute of Government, the public policy research arm of the State University of New York, the Brookings Institution, and the Fels Institute of Government at the University of Pennsylvania. Following passage of the Affordable Care Act (ACA), Nevada became the only state with a Republican governor both to set up its own state exchange and to expand the state's Medicaid program. By all accounts, Governor Brian Sandoval's stance was pivotal. Sandoval chose to implement a law he personally opposed, with the aim of giving Nevada maximum autonomy in setting up and administering the new health insurance marketplaces. Sandoval's decision reflected in large part the circumstances of the state in the wake of a recession that hit Nevada particularly hard. 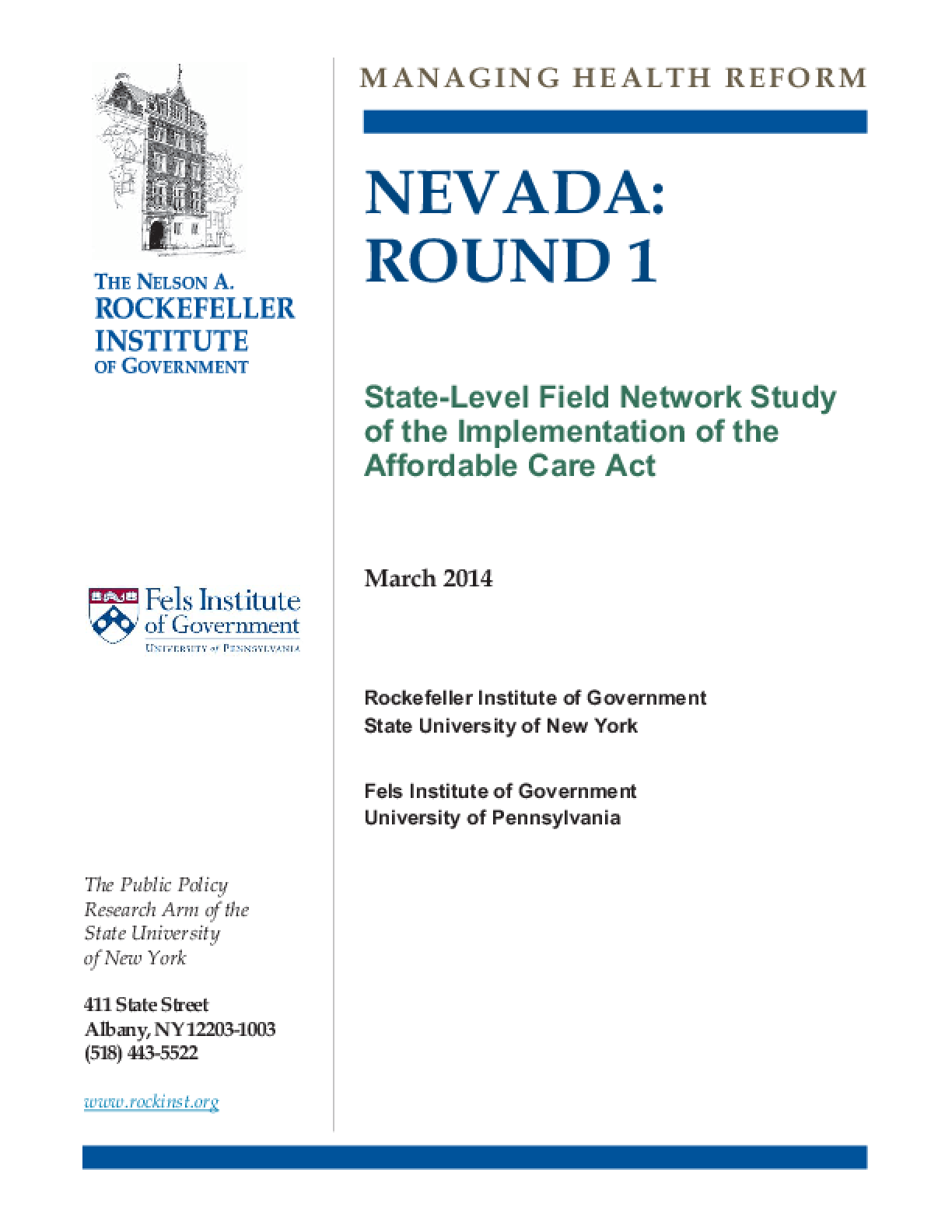