Mobile Myanmar: The Impact of Social Media on Young People in Conflict-affected Regions of Myanmar

It has been clear for a number of years that digital connectedness is playing an important role in the lives of young people in Myanmar. Yet research on its impact has been limited. Very little substantive research has tested the actual impacts of increased exposure to online hate speech and fake news on populations of any age in Myanmar, let alone young people. The assumption that platforms such as Facebook increase the reach and speed of transmission of dangerous discourses is logical, but evidence is scant on the ground as to how variables like trust in the reliability on those platforms affect changes in the attitudes and offline behaviours of various audiences. Moreover, though international researchers increasingly study the emotional and psychological impacts of social media use among young people, such studies are yet to be duplicated in Myanmar.

In response to this information gap, between November and December of 2018, Save the Children Myanmar undertook a piece of research to examine the impact of social media use on young people living in conflict-affected regions of Myanmar. In total, the research team conducted 16 focus group discussions (121 participants in total) and 38 key informant interviews. The study focused on how diverse groups of young people in Kayah and Rakhine States engage with issues of hate speech, propaganda, fake news, rumours, incitement to violence, and the impact of that engagement on young people's on- and offline emotional well-being, attitudes, and behaviours. In addition, a short social media use survey was administered to 232 young people, including to all focus group and interview participants.

This report is based on the data collected from that study. It begins with a literature review, examining prior relevant studies from Myanmar and further afield. It then provides an overview of the research methodology, including the guiding research questions, selection criteria, and team structure. The analysis is divided by region (the results of focus groups conducted in Kayah State and then Rakhine State), followed by a further section discussing findings from oneon-one interviews with young people, community leaders, parents, and other key informants. The report then details the results of the social media use survey, before presenting key findings and recommendations for advocacy and programming. 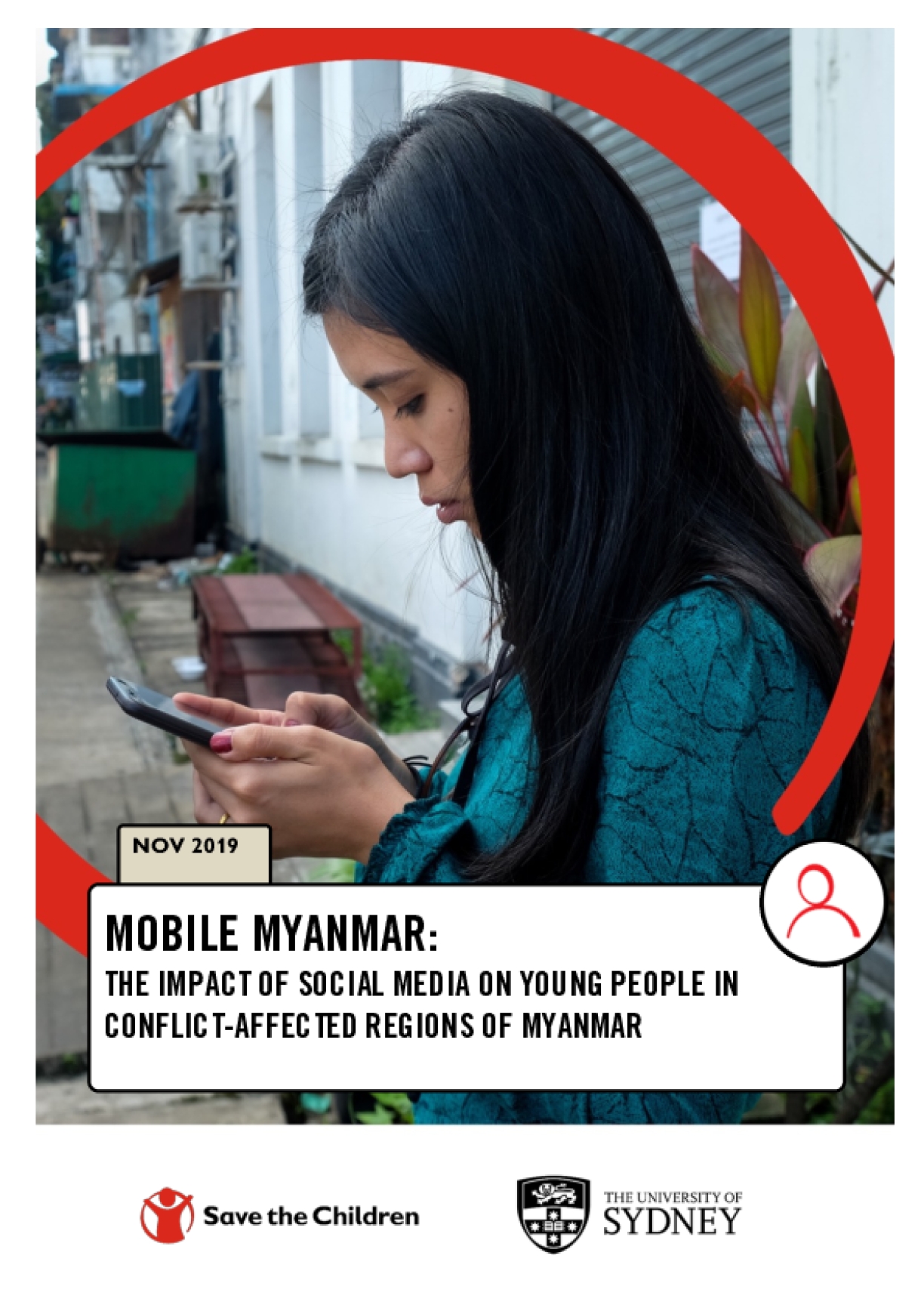