Explosive economic growth in South East Asia has resulted in unparalleled wealth creation. Forbes magazine reports there are 386 billionaires in the Asia Pacific region. While the region's emerging economies report hopeful signs of a broadening middle class, income inequality is rising faster than living standards for the majority. There is widespread agreement that the stark income disparity must be addressed or it risks threatening political and social stability. For those interested in the social economy, key questions remain unanswered: first, will philanthropic giving match the fast pace of wealth accumulation, and second, will that philanthropy be strategic and targeted enough to address the critical social issues of the day?

Where previous studies profiled the characteristics and motivations of Asia's wealthiest givers, this report examines the public policies influencing those charitable decisions to assess whether those policies are helping or hindering the growth of philanthropy. This study looks at four roaring economies: Indonesia, the Philippines, Singapore, and Thailand.

Overall, this study finds the environment for philanthropy in the region to be quite challenging. Tax policies are either neutral or ineffective in incentivising philanthropy; opportunities for the charitably-minded to gain the skills necessary to address complex social problems are lacking; partnerships between civil society organisations and funders that enhance the capabilities of each other are rare; and the data that would assist the nascent field in quickly prototyping and innovating are non-existent and to some extent resisted.

Certainly the tide could change. South East Asia has demonstrated incredible resilience along the steep upward climb of development. Few would have predicted the achievements of the past few decades, and it is entirely possible that the charitable sector in this region will evolve in ways currently not imagined. The purpose of this study is simply to raise questions about the assumptions that underlie so many discussions about Asian charity, wealth, and economic stability. Will the newly wealthy deploy their incredible resources to solve entrenched social problems by becoming active participants in and financial supporters of the social economy? Does growth in the charitable sector automatically follow wealth creation? The data analysed for this report suggests the answer is, not necessarily 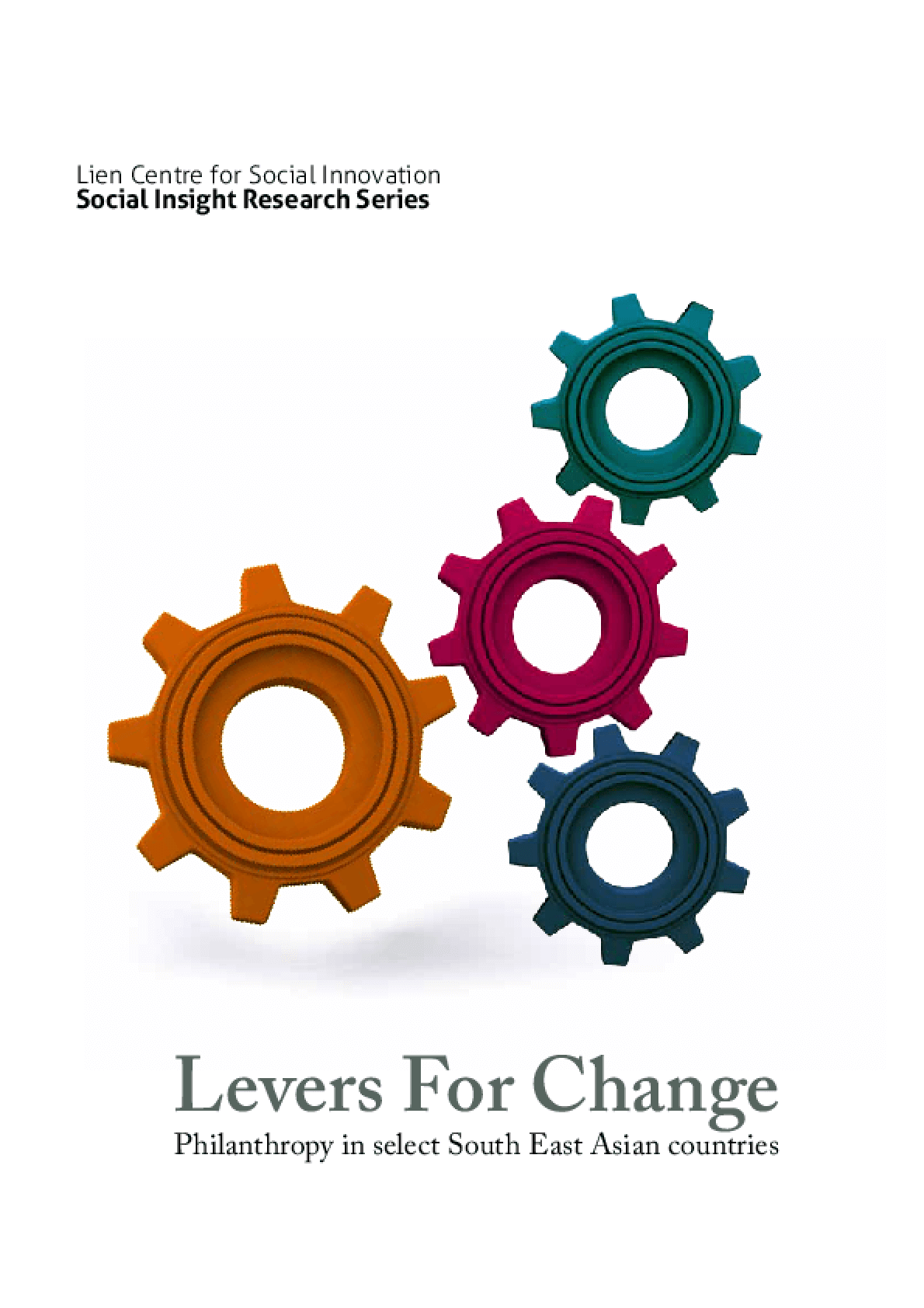