While the overall trend in euthanasia has been decreasing nationally, large dogs are at a higher risk of euthanasia than other sized dogs in most animal shelters in the United States. We hypothesized one way to increase the lives saved with respect to these large dogs is to keep them home when possible. In order to develop solutions to decrease relinquishment, a survey was developed to learn more about the reasons owners relinquish large dogs. The survey was administered to owners relinquishing their dogs at two large municipal facilities, one in New York City and one in Washington, D.C. There were 157 responses between the two facilities. We found both significant similarities and differences between respondents and their dogs from the two cities. We identified opportunities to potentially support future relinquishers and found that targets for interventions are likely different in each community. 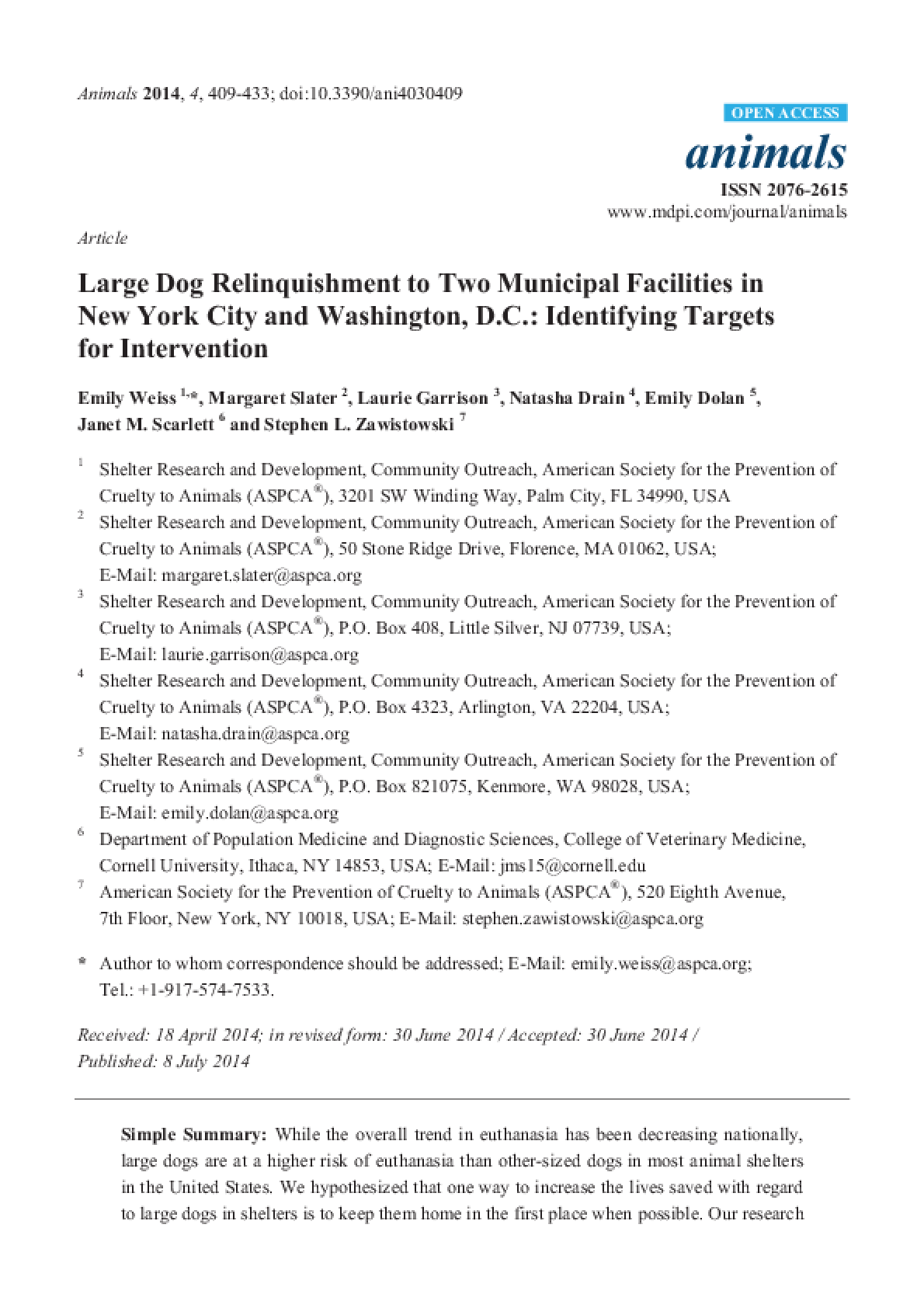