In addition to Oxfam's long-standing international work in relation to humanitarian protection, we have been developing our work with asylum-seekers and refugees in Britain since the setting up of the UK Poverty Programme in 1995. Oxfam is therefore well placed to comment on asylum issues in relation to the UK as well as internationally. This briefing highlights Oxfam's continuing concerns in relation to the 1999 Immigration and Asylum Act. On April 3, when the Government's new voucher scheme came into operation, Oxfam made public its decision not to participate unless its shops were able to give change to asylum seekers using vouchers. This position is now publicly supported by a range of UK charities, including Save the Children, Shelter, and Marie Curie Cancer Care. Oxfam believes that refusing retailers permission to provide change when asylum seekers shop with them is unreasonable, unfair and discriminates against these people at a time when they are most vulnerable. 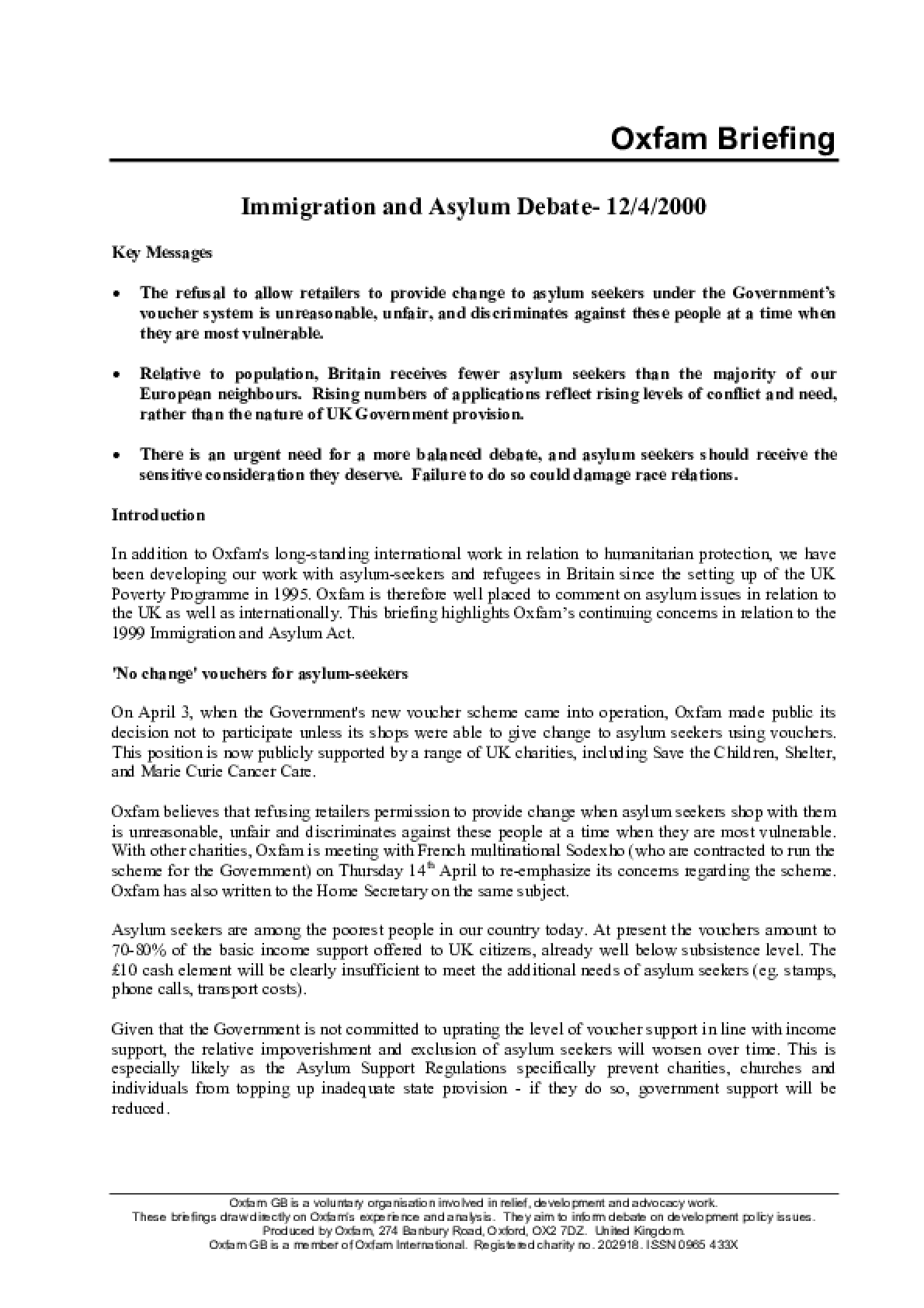