Illegal settlements represent a major social, economic and political challenge in Central Asia, where 20 to 30 percent of the urban population of major cities is estimated to be unregistered residents.

Using original research and fieldwork carried out in 2011, the fifth paper of CEP's Occasional Paper Series examines the scale and significance of illegal and unregistered residents in four major cities in Kyrgyzstan and Kazakhstan (Bishkek, Osh, Almaty, and Astana). It then considers the implications for the strategy of legal empowerment of the poor.

The authors argue that there are no quick fixes to problems arising from unregistered residents, as the nature of these issues is complex and structural. The paper take this into account and present detailed recommendations to international donor agencies, state actors, and NGOs. 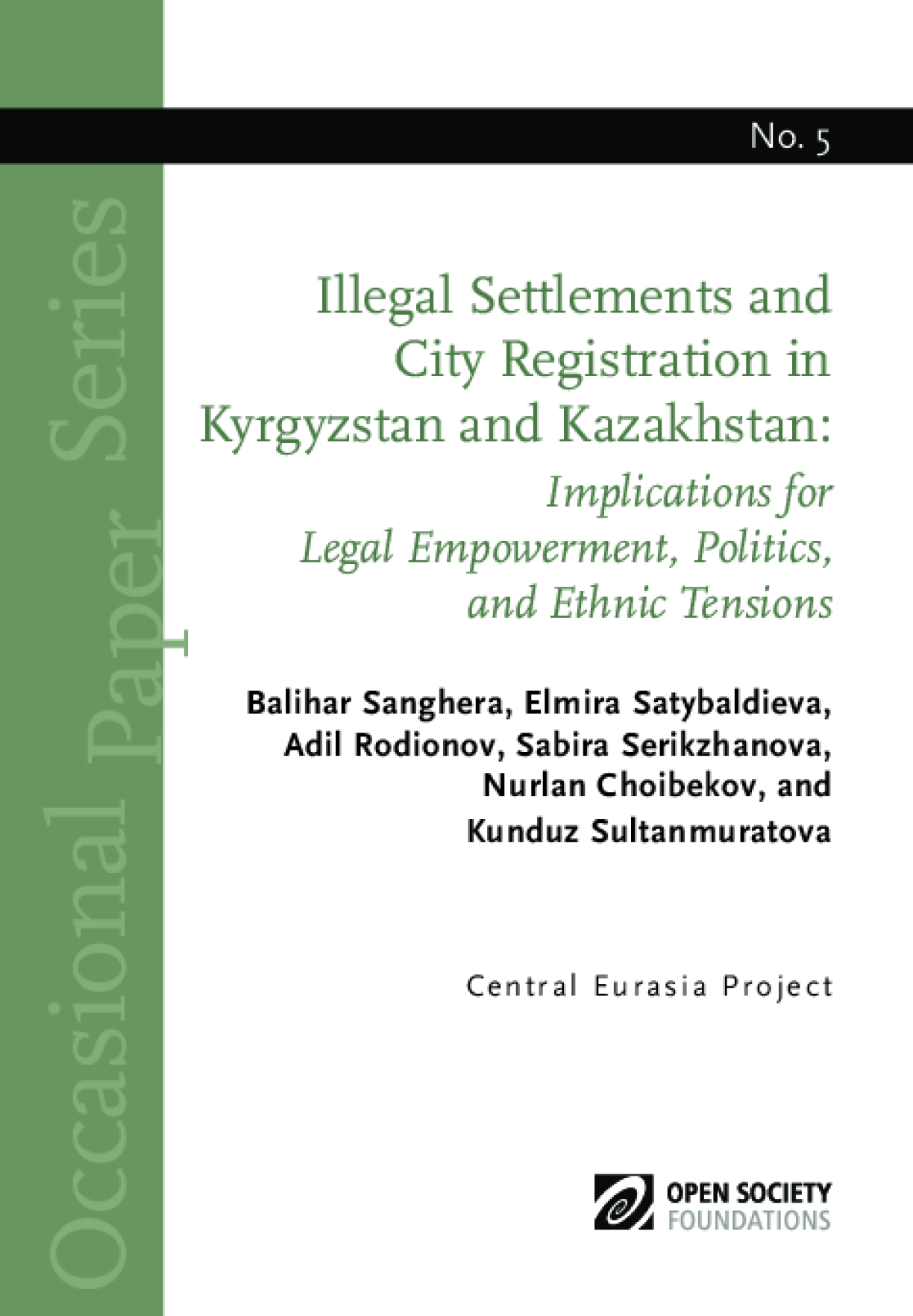