Freedom of Movement for Workers from Central and Eastern Europe: Experiences in Ireland and Sweden

In 2004 the European Union (EU) gained ten new Member States. However in many of the old Member States there were increasing concerns about the implications of this particular enlargement. Not only did it represent a large increase in the Union's population; in eight of the ten countries the wage levels were substantially below the wage levels in the old Member States. As several governments feared mass immigration, "welfare tourism" and negative effects on their labour markets, transitional rules were included in the Accession Treaty with regard to the freedom of movement for workers from the Central and East European Member (CEE) States. Two years after this momentous step in the European integration process, SIEPS decided to examine the effects from the 2004 enlargement in the countries that opened their labour market to workers from the CEE Member States. The study attempts to provide as thorough as possible a picture of the post-enlargement experiences in Ireland and Sweden. 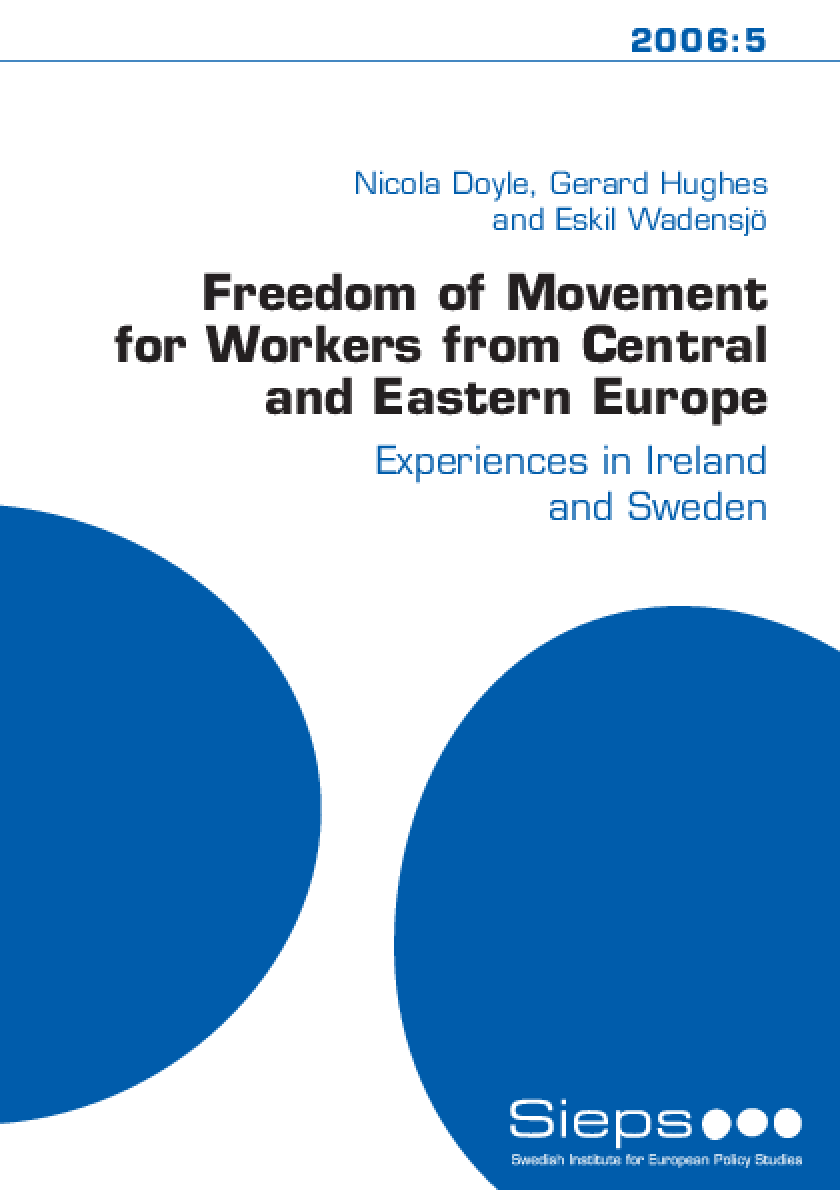