Evaluation of a Novel Dog Adoption Program in Two US Communities

Millions of dogs enter animal welfare organizations every year and only a fraction of them are adopted. Despite the most recent American Pet Products Association (APPA) data that nearly half the US population owns a dog, only 20% acquired their dog from an animal welfare organization. Studies show that people consider adopting from an animal shelter more often than they actually do, which indicates a potential market increase if programs can make shelter dogs more visible to adopters. This research focused on a novel adoption program where shelter dogs were transferred into foster homes who were tasked with finding an adopter. Shelter dogs were placed in the path of potential adopters and bypassed the need for the adopter to go to the shelter. The results show that this novel program was effective in a variety of ways including getting dogs adopted. Although length of stay was significantly longer for dogs in the program, the dogs were in a home environment, not taking up kennel space in the shelter. The program also had a lower rate of returns than dogs adopted at the shelter. The foster program tapped adopters in different geographical segments of the community than the dogs adopted from the shelter. By bringing shelter dogs to where adopters spend their time (ex: restaurants, parks, hair salons), the program potentially captured a segment of the population who might have obtained their dog from other sources besides the shelter (such as breeders or pet stores). This novel approach can be an effective method for adoption, has many benefits for shelters, and can tap into a new adopter market by engaging their community in a new way. 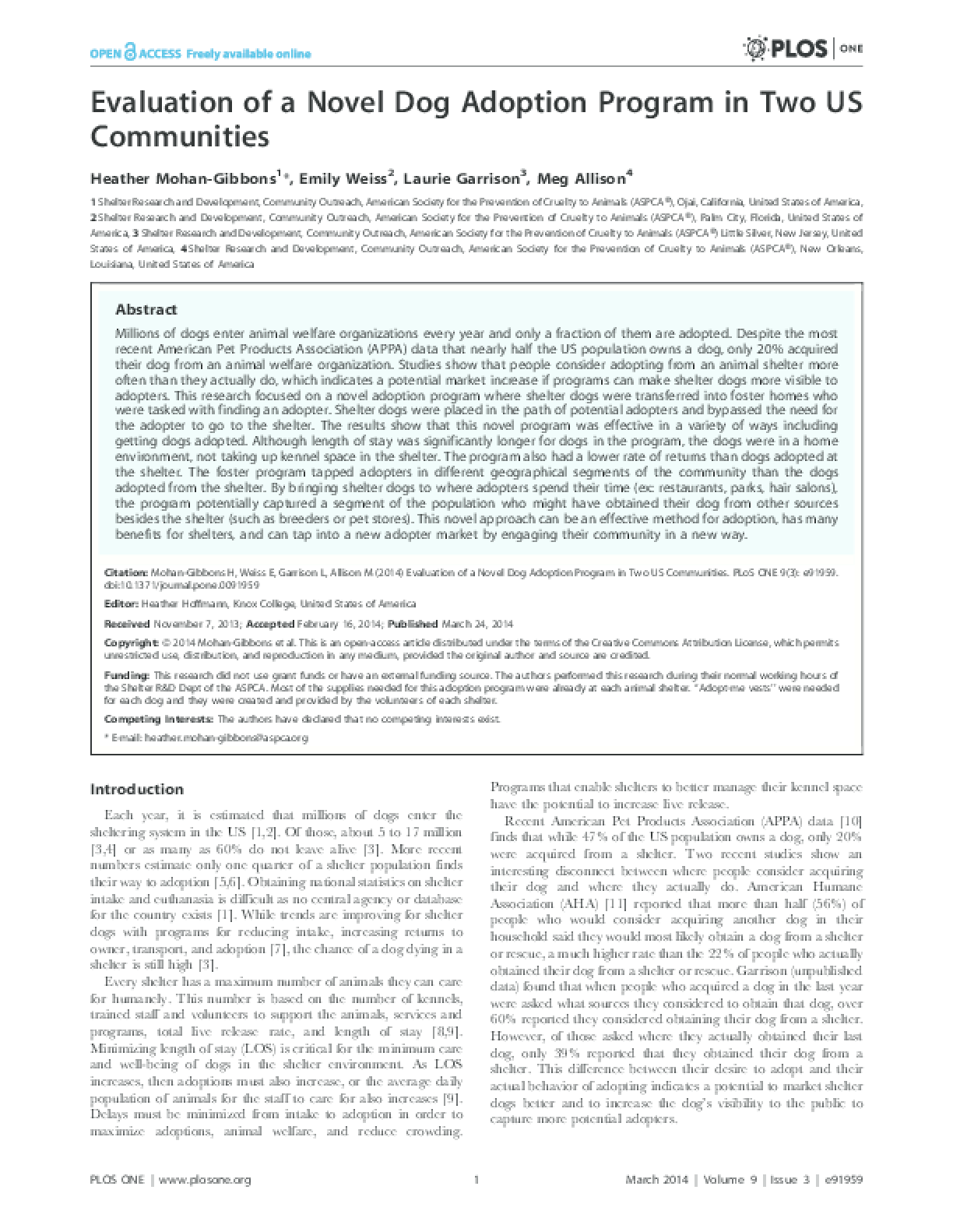