The EU has long been criticized for its democratic deficit. Several proposals for overcoming or reducing this deficit have been made. Some of them mention the role of more citizen participation and direct democracy. It was in this spirit that the ECI found its way into the Constitutional Treaty, creating the first tool of transnational participatory/direct democracy. It is aimed to give the Uniom's citizens more influence on EU politics while maintaining the institutional balance - especially the initiative monopoly of the European Commission - of the Union. 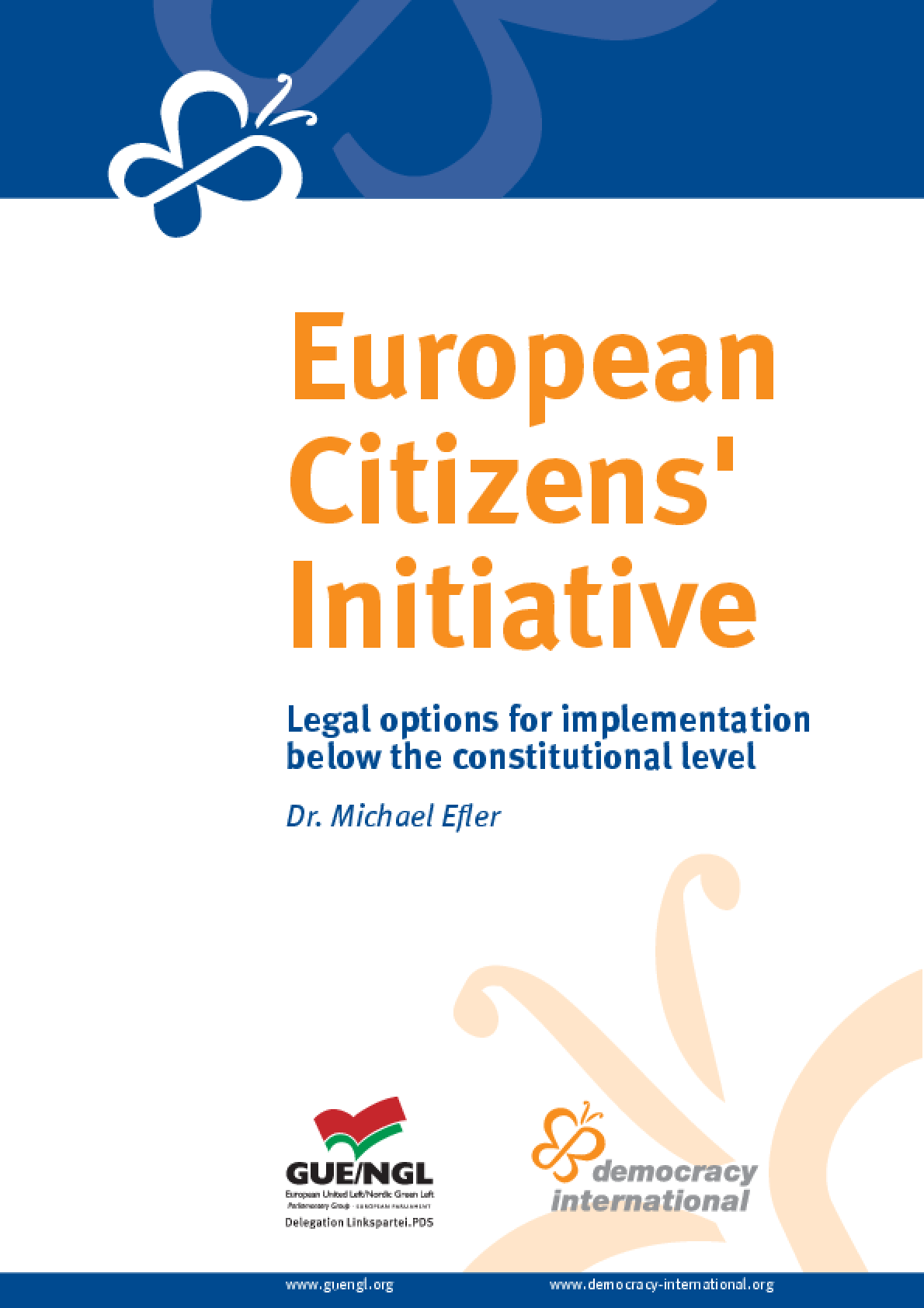