Ending Hunger: The Role of Agriculture

A spike in global food prices has increased hunger, and a prolonged period of higher prices threatens to stall or reverse progress in achieving the Millennium Development Goals (MDGs). Increasing agricultural productivity in poor countries is critical to reducing hunger. Of the more than 854 million poor people who are chronically hungry, 75 percent live in rural areas and depend on agriculture for their earnings, either directly, as farmers or hired workers, or indirectly in sectors that derive from farming. Increased productivity in the agricultural sector leads to more work and more production of food. Over the last twenty years, instead of increasing support for agriculture and rural development, most donors have been partners in a progressive decline in support. Aid by itself isn't enough. Developing countries themselves have to provide supportive policies, along with additional investments, for donor resources to be effective. 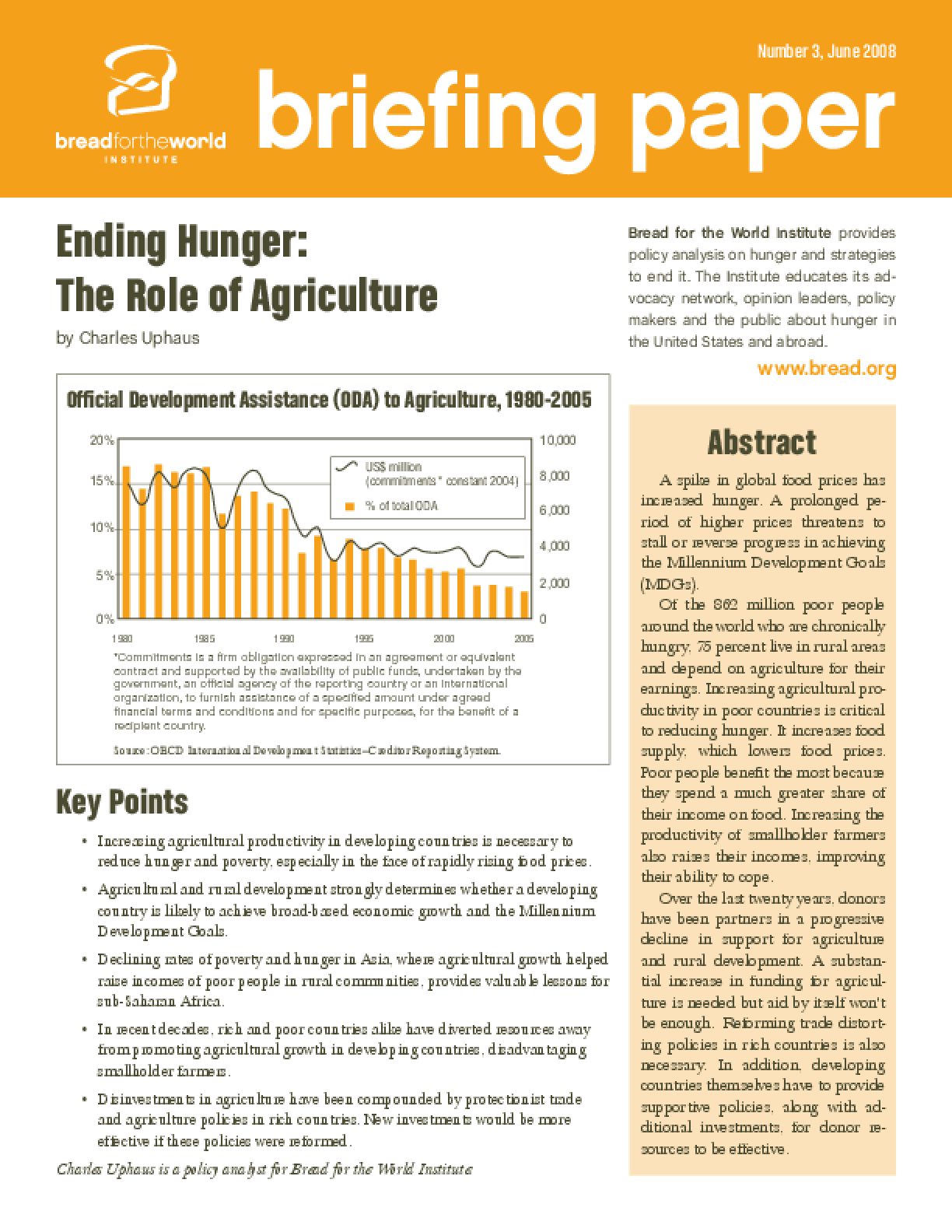