Doing Well For Themselves, Not Oregonians: Corporate profits are high in Oregon, but not corporate income taxes

Corporations operating in Oregon are doing well for themselves, but less well for Oregonians. In the last few years, corporations have seen their profits in Oregon skyrocket, more than doubling since the beginning of the decade and hitting record levels last year. Unfortunately for Oregon's individual income taxpayers, corporate income taxes remain low by historical standards. Even though corporations made record profits last year, individual Oregonians are still picking up the slack for corporations who pay less in corporate income taxes as a share of the economy than they used to. 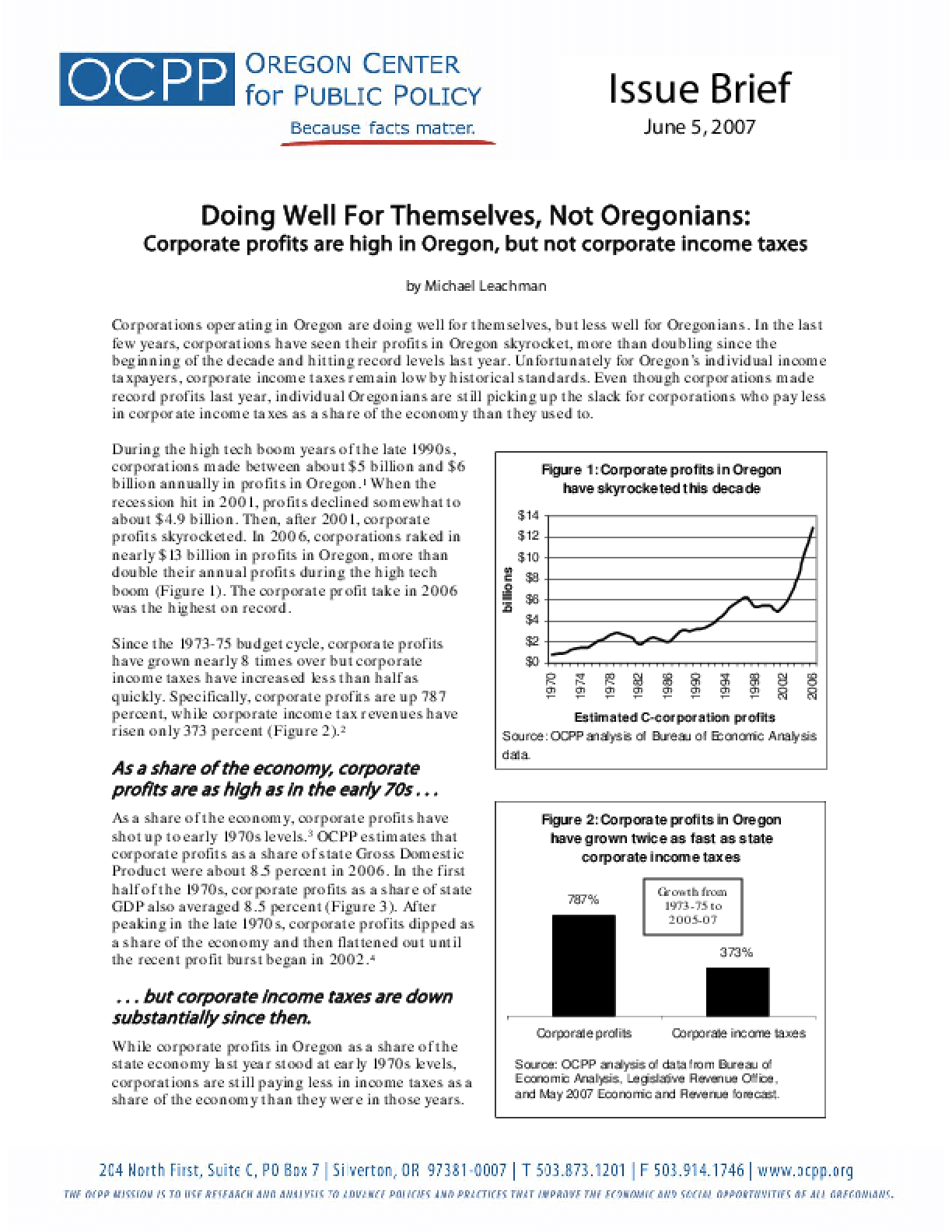