Mississippi's school discipline procedures have prompted nationwide concern for several years, as the state's schooldistricts have some of the highest suspension, expulsion, and involvement of law enforcement rates in the nation,particularly for students of color. Fortunately, Mississippi law enforcement leaders know several alternative procedures that work to both address disruptive classroom behavior and promote educational achievement throughout the school.

We believe that school administrators must have the authority to suspend, expel or take other school action when dealing with weapons offenses, violent crimes or drug sales, yet we know that less serious offenses, such as talking back to a teacher or using inappropriate language, can be better addressed with other approaches. Models such as the Good Behavior Game, the Incredible Years, Restorative Justice, and Positive Behavioral Intervention and Supportshelp reduce suspensions and expulsions while ensuring that schools are safe. Research has found that these models help ameliorate students' behavior, lead to improvements in the schools' environments, increase academic achievement for all students, and prevent later crime. When students succeed academically, their likelihood of coming into contact with law enforcement decreases tremendously. This is how, together, we will build safer communities. 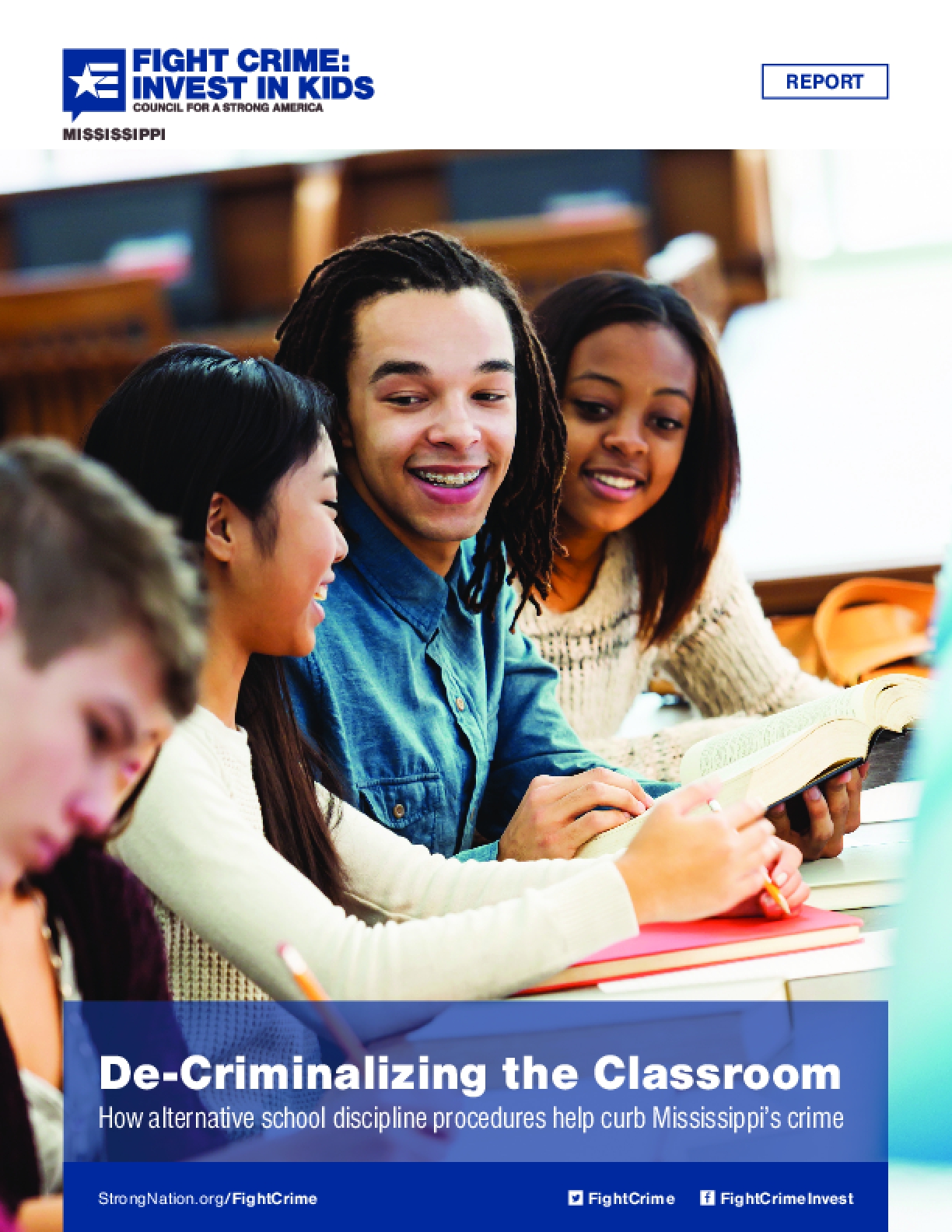