As President Barack Obama enters his second term, relations with Russia present him with a set of thorny problems. The first-term "reset," a fresh American posture toward the Kremlin that was designed to build productive relations by offering compromises on a range of political and geostrategic issues, has clearly run its course. The Obama administration had partly based its hope for improved ties on the ability of Dmitry Medvedev, who served as Russia's president from 2008 to 2012, to achieve liberal reforms, especially on freedom of expression, the rule of law, and the ability of civil society to function without state intrusion. However, substantive reforms never materialized, former president and then prime minister Vladimir Putin remained the dominant force in government, and Russia moved abruptly in a more repressive direction following his return to the presidency in May 2012. Step by step, Putin has pushed through measures to deter public demonstrations, smear and limit funding for nongovernmental organizations, and place restrictions on the internet. He has also made anti-Americanism a central part of his political message. He has accused the United States of fomenting demonstrations against election fraud, shut down all U.S. Agency for International Development (USAID) programs in Russia, withdrawn from a series of cooperative agreements with the United States, and signed a vindictive law that prohibits the adoption of Russian children by citizens of the United States. There can be little doubt that a new American policy toward the Kremlin is needed. To help inform the discussion on a new approach, Freedom House is publishing this package of materials on the state of human rights and democracy in Russia since Putin took power in 2000. In the centerpiece essay, Freedom House president David J. Kramer and Eurasia program director Susan Corke assess the nature of the Putin regime and advance a series of proposals for American policy in the coming period. Katherin Machalek, the research analyst for Freedom House's "Nations in Transit" publication, is the author of a companion piece that lays out the progressive legal restrictions on civil society organizations during the Putin era. The package also includes a chronology of selected developments in Russia from 2000 through 2012 , with a focus on the suppression of the political opposition, independent media, and civil society. The chronology, prepared by Freedom House researcher Marissa Miller, serves as a reminder that the repressive measures enacted over the past eight months do not amount to a new direction for Russia, but rather a continuation, in severe form, of trends that have dominated Russian politics throughout the Putin era. Finally, a series of graphical representations prepared by senior research assistant Bret Nelson illustrate the decline of political rights and civil liberties in Russia as measured by Freedom House's annual reports. 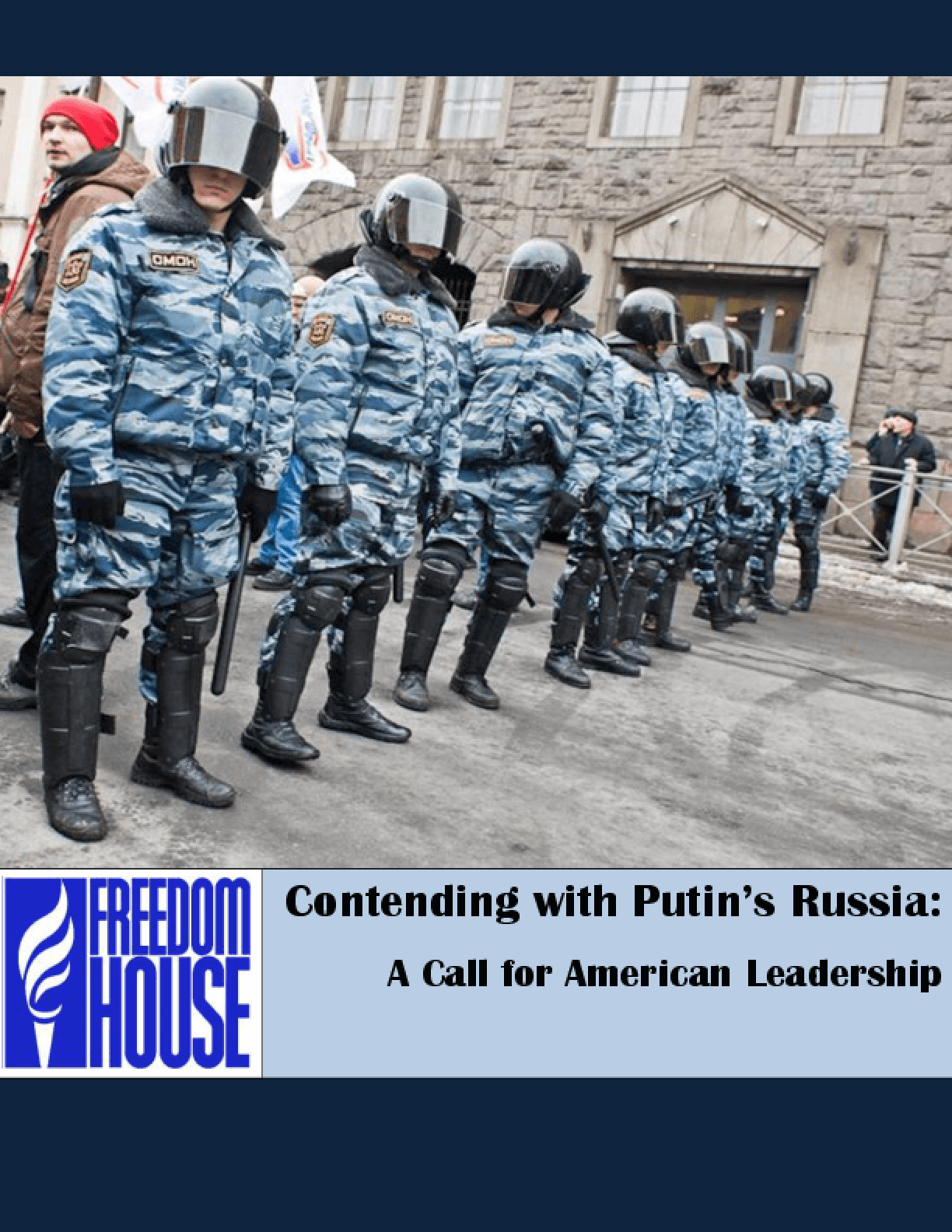