Connecting the Dots: The Telecommunications Crisis in Puerto Rico

The ability to communicate during and after a disaster is a life-and-death matter. And few disasters better exemplify this need than Hurricanes Irma and Maria, which devastated Puerto Rico in September 2017.

Hurricane Irma struck on Sept. 6 and left more than a million people without power while weakening Puerto Rico's already fragile infrastructure. Then on Sept. 20, Hurricane Maria — a Category 4 storm — destroyed the islands' infrastructure. It left nearly the entire population without power and knocked out Puerto Rico's communications networks. Between 3,000–5,000 people died, making Maria one of the deadliest disasters in U.S. history. And the inability of Puerto Ricans to make calls or access life-saving information contributed to the death toll.

The failure of the islands' communications infrastructure was a major factor in the death toll. This report's goal is to call attention to the critical need to examine and investigate all of the causes for the collapse of the communications networks -- and to ensure a crisis like this isn't repeated. 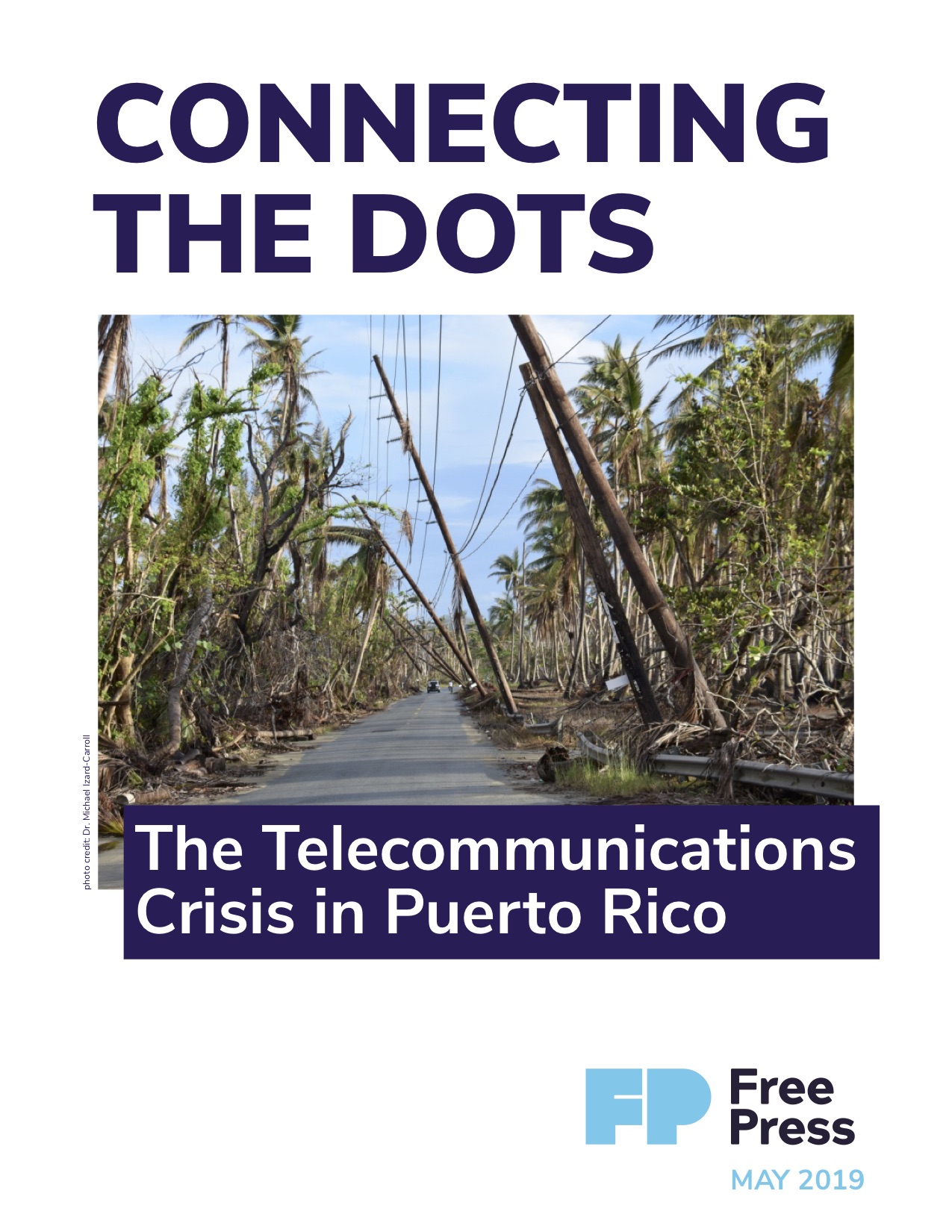