For as long as anyone can remember, congregations have played a vital role in nurturing the spirit of the community. Aside from being a source for spiritual grounding, congregations also provide social ministries to address the needs of the community. Over time, these social ministries have developed into more formal and professional faith-based programs and organizations, which often function independently from those offered by their founding congregations. Such national organizations as Catholic Charities, Young Men's Christian Association and the United Jewish Federation, and such local organizations as Holy Family Institute, Pittsburgh Project, the Jewish Community Center and East End Cooperative Ministries, have emerged from congregations as ways to respond to the social needs of the community. While faith-based organizations (FBOs) have played important roles in their communities for many years, the issue of public funding for their efforts has become the subject of extensive public debate relatively recently. The current national dialogue can be traced back to 1996 and the Clinton administration's support for changes to what has been called "charitable choice" legislation: making federal contracts more readily available to support the work of congregations and FBOs. Subsequently, in 2001, the Bush administration established the Office of Faith-Based and Community Initiatives as a way to further address the needs of FBOs. Despite the great variety of beliefs represented by FBOs, they share some important characteristics: a broad commitment to community; support for spiritual growth and social justice; and a willingness to serve in areas of great need. These characteristics were confirmed by a recent survey of incorporated 501(c)(3) faith-based organizations carried out by a team of researchers led by Dr. Kevin Kearns, Associate Professor at the University of Pittsburgh. For example, the team found that when compared to their secular counterparts, FBOs benefit from much higher levels of commitment from volunteers, and this commitment does not abate as the organizations grow larger and gain more professional staff. In recent years, government at all levels has come to rely on FBOs to deliver services to populations in need. Annually, FBOs in the United States provide more than $15 billion in social and human services, serving approximately 70 million persons. In some communities, government contracts with FBOs have increased more than 500% within the last two years. In 2002, the Hudson Institute released a study that examined government contracting with FBOs in fifteen states. Their report cited 726 examples of government contracting with FBOs, totaling almost $125 million. (Nine states were studied in the year 2000 and an additional six in 2002.)This study also found that government contracting with FBOs in eight of nine originally surveyed states increased substantially, from over $7.5 million in 2000 to over $88 million in 2002. 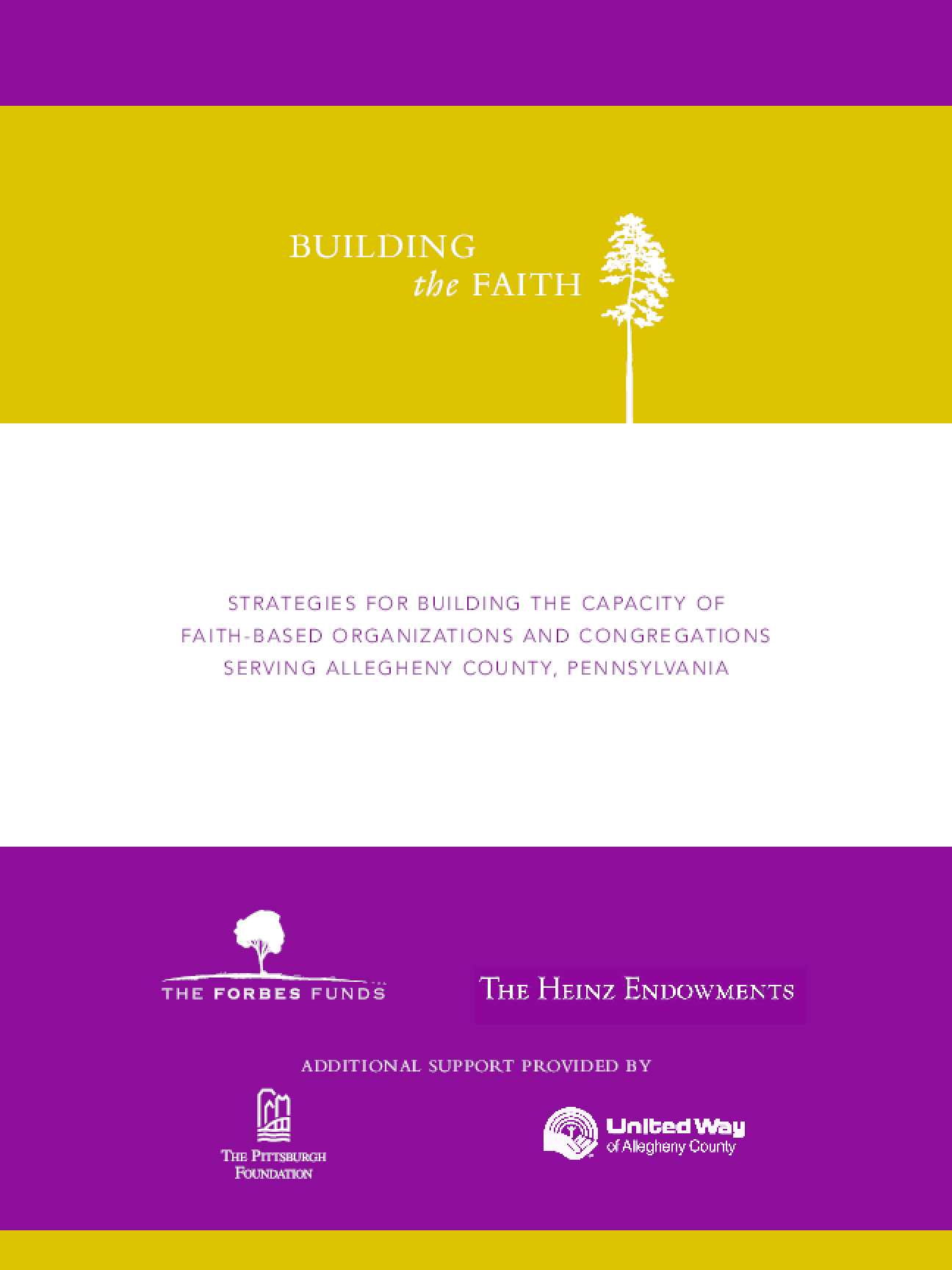